A new database of wing measurements from over 10,000 species of birds reveals potential evolutionary drivers of adaptations for long-distance flight.

Dispersal – or the geographic distance that an animal moves – is a key component of many ecological and environmental processes.

It is, however, very difficult to collect data on animal dispersal. Efforts such as ringing or GPS collaring are extremely expensive and difficult to scale; such data is thus limited to a handful of species, typically in well-studied regions. How do we study the causes and consequences of dispersal if we do not know how much animals are dispersing?

Thanks to the morphology of the avian wing, there is a partial answer. The hand-wing index, or HWI, is a metric that captures variation in the shape of bird wings, and it provides a proxy for avian flight and dispersal ability. Species with high HWI have elongated wings, adapted for long-distance flight and high dispersal, whereas species with low HWI have round wings, adapted for sedentary lifestyles and low dispersal. The HWI can be measured on live birds or – crucially – on museum specimens without damaging them.

We had a proxy for dispersal that we could scale across a large clade: all birds.

I began my PhD at the University of Oxford in 2012, fascinated by avian trait macroevolution and with several years’ previous experience working in museum collections. I was interested in a bunch of different questions related to this morphological trait, including: (1) what did the global distribution of avian wing morphologies even look like? (2) What exactly was driving the variation I could see in the wings of the specimens in front of me?

I spent 17 months commuting between Oxford and Tring, the home of the British Natural History Museum’s bird collections. There, I – together with a revolving team of assistants, collaborators, and students – measured standardised biometric traits across the world’s passerines, including wing morphology. I then hopped across the pond to measure specimens of species not held by Tring, visiting natural history museums in New York, D.C., Yale, and Harvard. This data was then combined with a number of other efforts around the world, including a systematic survey of Tring’s non-passerines by Monte Neate-Clegg, Nico Alioravainen, and Sam Jones.

Together, this team effort was able to assemble wing morphology measurements from 45,801 museum specimens and live birds, representing 10,338 extant and recently extinct species. Plotting these values on a map, we saw a clear pattern: HWI is, on average, very low near the equator, and increases with increasing latitude. That is, birds that live in higher latitudes (and a few other locations, such as major world deserts) have wings adapted to long-distance flight and high dispersal, whereas birds that live in the tropics do not.

But what was driving this striking pattern? One key hypothesis is environmental variability, with more uncertain environments (such as the highly seasonal temperates) favouring a more mobile lifestyle. Previous research on a variety of scales, however, has also linked dispersal to a number of other ecological factors, some only weakly related to latitude. With such a large sample across so many different geographic and ecological contexts, we were able to disentangle some of these potential drivers.

Across all birds, we found that this variation in wing morphology can be linked to a variety of environmental, ecological, and behavioural factors, principally temperature variability, migration, and year-round territory defence. That is, birds that are adapted for long-distance flight are more likely to migrate and/or to breed in places with highly variable temperatures, whereas birds that lack such adaptations are more likely to fiercely defend their territories. Moreover, we find that these adaptations for flight are a significant correlate of avian range size; birds that can fly farther are found in more places.

The hand-wing index is a popular proxy of avian dispersal and flight ability; it has been used in studies ranging from the timing of speciation and patterns of species coexistence to the evolution of egg shape. Furthermore, given how important dispersal is to understanding connectivity in fragmented populations, metrics such as the HWI can also be used to understand and predict responses to environmental change. By making a comprehensive, global dataset of dispersal indices available to the wider community, we hope that this can be a resource for a variety of studies across macroecology, macroevolution, and community ecology.

Header image, of Halcyon senegalensis, by Derek Keats, CC BY 2.0. 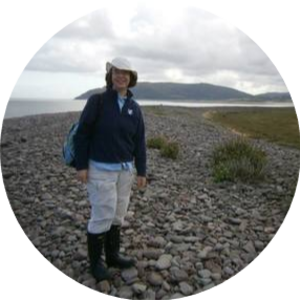