Strangers in a strange land: observing the consequences of evolution in biological invasions

Traveling into the future to understand how evolution will alter biological communities invaded by exotic species is impossible- or is it? This is the story of my journey into the realm of experimental evolution using microcosms

As an undergraduate working in the laboratory of Bernd Blossey at Cornell University, I was first exposed to his classic paper titled "Evolution of increased competitive ability in invasive non-indigenous plants: a hypothesis." I was immediately intrigued. This fascination accompanied me to graduate school; in 2011 I had the good fortune to join the community ecology laboratory of Peter Morin at Rutgers University. The project we report upon in our article, "Evolution alters the consequences of invasions in experimental communities", grew out of a conversation about my interest in eco-evolutionary dynamics in biologically invaded communities. In invaded natural communities we typically have access to species either relatively early in the invasion process, or much later after the invasion has occurred (but not both). If we take, for an example, a hypothetical introduced annual plant, the types of questions that I wanted to examine would require data that spanned several hundred years or more. I essentially wanted to be able to look at species interactions hundreds or thousands of years in the future. Could trait evolution in response to invasion result in altered species interactions or community properties? Would invaded communities themselves function differently as a result? How would one even approach this sort of work in a rigorous fashion? I wasn't sure; I just knew that I wanted to find some answers.

Fortunately for me, Peter has a long history as a community ecologist testing theory using experimental laboratory microcosms. He was excited to help me find a useful system, so in the academic year of 2012 to 2013 we got to work. I had never worked with protists before, and to be honest, I hadn't even looked at one under a microscope in nearly twenty years. But hey, protists like Paramecium and Amoeba had been pretty exciting back in 7th grade biology class, so I was game to try my hand at growing them.

By August 2013 we had settled upon experimental communities and invaders and I set up the initial phase of the experiment. I needed to give the resident species from each community time to potentially coadapt, so it became a waiting game. I collected abundance data for all species once a week. After six months I introduced the experimental invaders to their "home" community. And then I waited some more, while continuing with my weekly data collection. Finally, in the spring of 2015 I was ready to set up the third phase of the experiment. This phase would result in the actual data comparing across invaded communities with different histories of evolutionary experience with an invader. At this point, after over two years of exploratory work and preparation, we still had no idea of whether the experiment would work, let alone yield interesting results with meaningful applications. There was the distinct possibility that our laboratory species lacked enough genetic diversity or that we had misjudged the number of generations needed for evolution to affect species interactions.

After the final invasions, I collected weeks of data on all species in the communities (all possible combinations of experienced and naive invaders and resident communities, yielding five replicates of five treatments for two communities, or fifty jars total). When I started the data analysis in August 2015, fully two years after I initially set up the experiment, I was so excited and nervous that I had trouble sleeping for days. The analysis showed the intriguing result that in one case evolution resulted in the invader, Euplotes daidaleos, becoming more successful. In the other community, however, resident species evolved to become more successful, resulting in lower abundance of the invader, Paramecium bursaria. I heaved a sigh of relief-my two years of weekly counts had paid off!

There are so many additional questions concerning the interactions between evolution and ecology in invaded communities that one might tackle using experimental laboratory communities. I hope to pursue this work further and make a valuable contribution to our understanding of the long term effects of biological invasions, a topic that I think will continue to be of global significance for the foreseeable future.

The paper is published in Nature Ecology & Evolution here: http://go.nature.com/2gezXCU 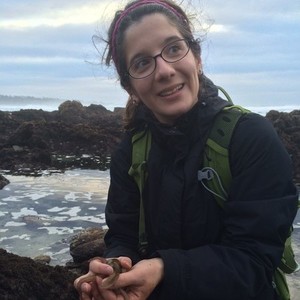