I spent the summer after college as a field research technician in Colorado, where my primary task was hike to high-alpine lakes and search—tirelessly, often shivering, and until late hours of the night—for boreal toads that were no longer there.

I didn’t take this job solely because I wanted to be paid to trek through Rocky Mountain National Park, but also because I was nurturing a growing interest in wildlife disease ecology. This interest had emerged a year or so earlier, when I read some news stories about devastating amphibian declines caused by a fungal pathogen, Batrachochytrium dendrobatidis (Bd). The boreal toads I was searching for in Colorado had indeed largely succumbed to this disease; we were identifying the extent of their local extirpation. I went into that summer intending to focus my future PhD research on amphibian disease ecology, but ultimately I found the prospect of fighting against the Sixth Mass Extinction simply too disheartening.

Many other amphibian disease researchers —braver souls than I—have waged the battle against disease-induced amphibian declines in the last two decades. Over this time, the news rarely improved: more and more populations and species of amphibians have blinked out across the globe. Fortunately, a study in PNAS this month presents some of the first good news about the recovery of a species threatened by disease.

Roland Knapp and colleagues study the Sierra Nevada yellow-legged frog (Rana sierrae) which was among the hardest-hit by chytridiomycosis, the often-lethal infection caused by Bd. In their recent publication, the authors collate data from over seven thousand amphibian surveys conducted at 2,154 water bodies in Yosemite National Park over 20 years.

Despite the facts that Bd persists actively in the water at these sites and that infections have continued to affect local populations, the total population size of R. sierrae in Yosemite National Park has, remarkably, increased over two decades. The paper also offers new evidence that these frogs are gaining resistance to Bd. In a complementary lab experiment, frogs captured from sites where Bd has long been present suffered greatly reduced loads of Bd spores compared to frogs from naïve sites. Whether or not the gained resistance resulted from natural selection at Bd-endemic sites and/or increases in acquired immunity remains an open question.

This slight gained advantage of R. sierra in their fight against Bd must be aided by continued reduction of other interacting stressors (invasive species, pollution) and perhaps translocation of resistant frogs to more vulnerable sites. And on a larger scale, hopefully this case of recovery will be one of many surprising reversals of catastrophic amphibian declines.

Full citation: Knapp, Roland A., et al. "Large-scale recovery of an endangered amphibian despite ongoing exposure to multiple stressors." Proceedings of the National Academy of Sciences (2016): 201600983. 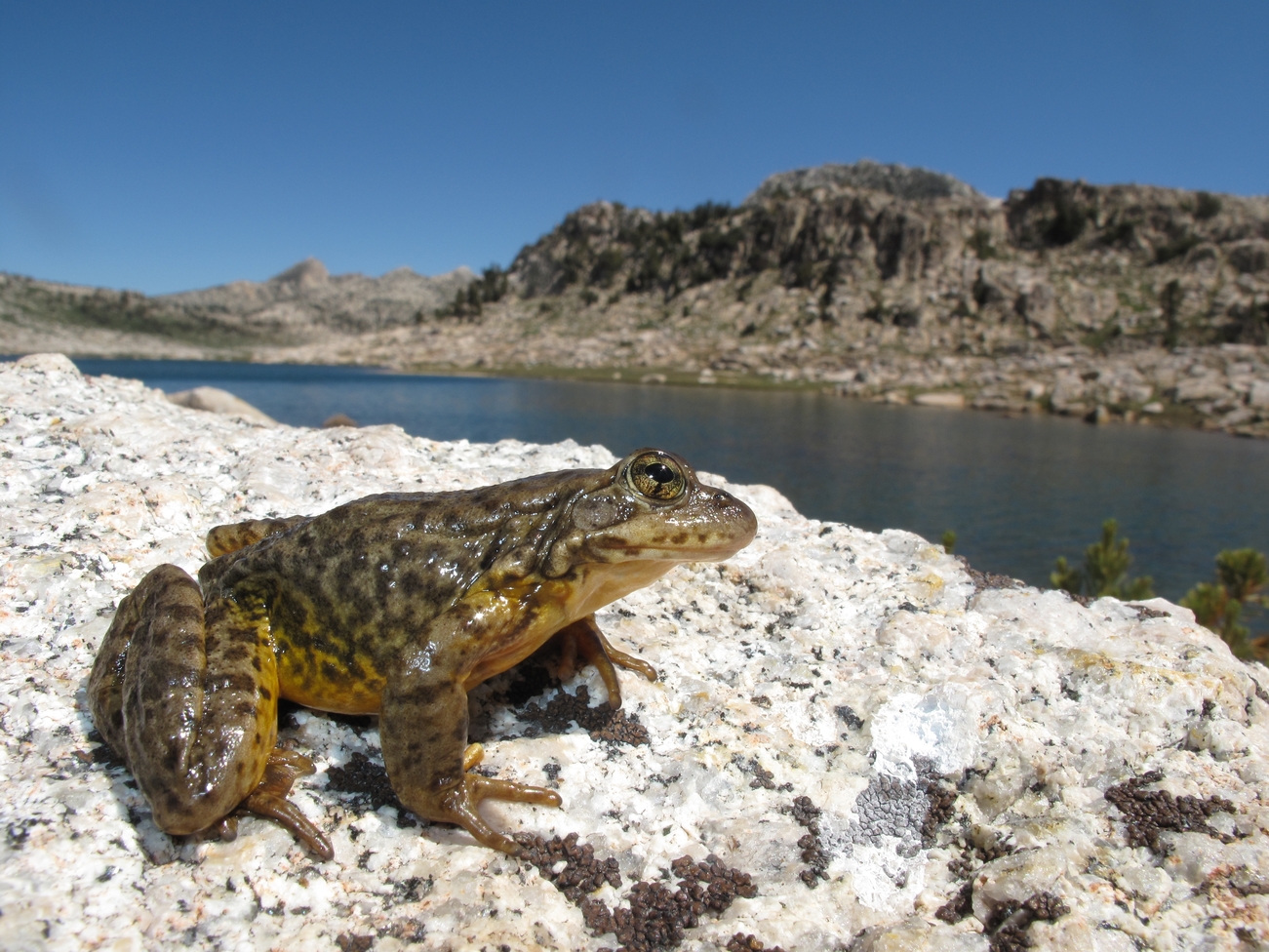 A frog species recovers from the brink of extinction