Chimpanzees and bonobos are the closest living relatives to humans, yet we know surprisingly little about the history of their populations and how it impacted the evolution of these two African apes. In a study published last week in Science, de Manuel et al. analyse 75 complete genomes of wild chimpanzees (Pan troglodytes) and bonobos (P. paniscus) from western, central and eastern Africa. The authors conduct an impressive set of analyses to show evidence of ancient low-level gene flow from ancestral bonobo populations into chimpanzees. First, they show that central, eastern, and Nigeria-Cameroon chimpanzees share significantly more derived alleles with bonobos than western chimpanzees do. These alleles segregate at low frequencies in the nonwestern chimpanzee populations, as expected if the alleles were shared by gene flow. Second, they find regions in the chimpanzee genome with low divergence to bonobos and high heterozygosity—these regions are the result of transfer of bonobo DNA into the chimpanzee genome. Third, demographic modelling based on the distribution of allele frequencies in all populations followed by simulations, show that gene flow between the two species must be invoked to explain the patterns of allele and haplotype sharing observed in the data. Finally, they find an excess of young haplotypes in chimpanzees that were likely introduced from bonobos in two periods: less than 650,000 years ago in central and eastern populations and 100,000 to 200,000 years ago in western chimpanzees. This impressive combination of deep sequencing of multiple genomes and sophisticated population genetics analyses reveals inbreeding between the ancestors of chimpanzees and bonobos, much akin to the multiple gene flow events that took place between modern and archaic humans.

Chimpanzee (photo by ChesterZoo,CC BY-ND 2.0)
Vera Domingues
Senior Editor, Springer Nature
Follow
Vera joined Nature as a locum Associate Editor in 2012, handling the fields of ecology and evolution, and in 2013 she moved to Nature Communications, where she managed a team of editors. She joined the launch team of Nature Ecology & Evolution in 2016. Vera obtained her PhD from the University of Azores, studying the evolution of coastal fish in the Atlantic and Mediterranean, and collaborated with the Eco-Ethology Research Unit at ISPA in Lisbon and the University of California at Santa Cruz for her dissertation. Her postdoctoral work took her to Harvard University where she investigated the genomics and evolution of adaptive coloration in wild mice. 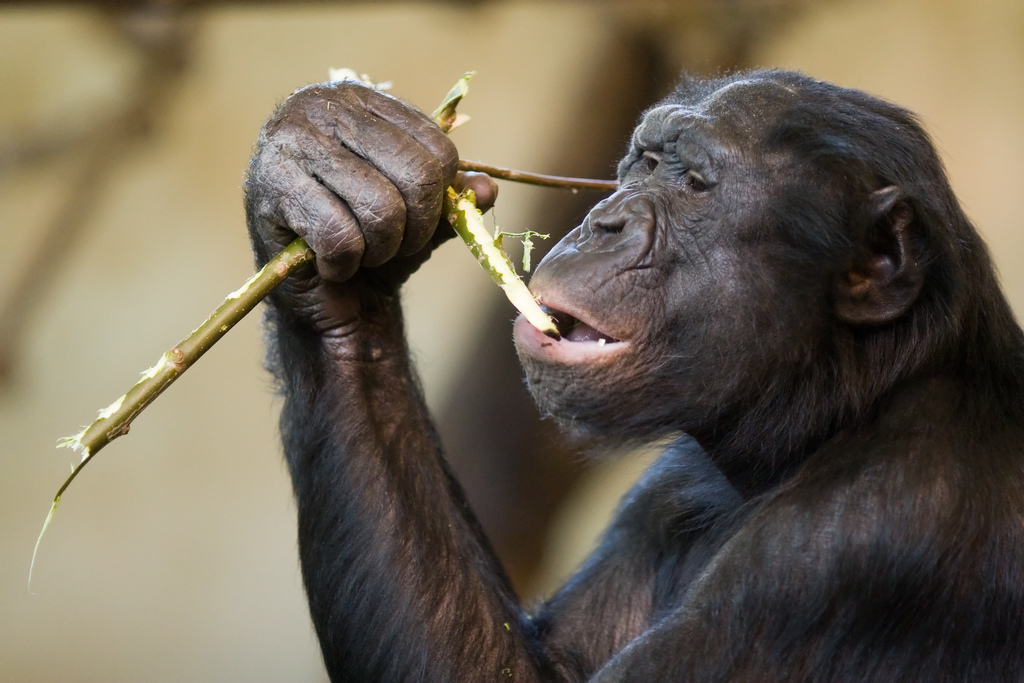