A community from Nature Ecology and Evolution
Editor
On the road

I'm just back from attending part of the Royal Society discussion meeting on new trends in evolutionary biology. This was organised by proponents of the idea that the Modern Synthesis that brought together evolution and population genetics in the mid 20th Century is in need of a radical overhaul. They had invited, in roughly equal number, their opponents - those who believe that recent developments in evolutionary biology can be accommodated within the existing framework. In reality, most people attending lay somewhere on a spectrum rather than falling neatly into either camp.

The main positions in this debate were set out in a recent Comment article in Nature, so I won't go into great detail here. The major topics that proponents of the Extended Synthesis point to when arguing the inadequacy of the Modern Synthesis are evo-devo, phenotypic plasticity, non-genetic inheritance and niche-construction. The phenotype and how it evolves, argue proponents, cannot adequately be described by population genetics but rather requires a holistic theory of developmental evolution. Similarly, the importance of epigenetic inheritance, genetic assimilation and feedbacks between organisms and their own evolutionary environment, are not properly acknowledged in the orthodox approach. To counter that, opponents argue that some of these phenomenon exist but are not widely important, and that others are perfectly compatable with the standard approach. Within these basic arguments are many nuances. Some argue that the depiction of the Modern Synthesis as a monolith is a caricature, and that there are lots of different ways of approaching evolution (for example, behavioural ecology as well as population genetics) that between them can easily accommodate the new developments. This is also reflected in the view of some people that the debate is largely a semantic one. By contrast, there are some at the more extreme poles of the debate who have very substantive differences, such as whether aquired characteristics can be inherited.

Interestingly, a lot of the debate was about intellectual precedence. Whether the Baldwin Effect was important turned into a debate about how long ago it was actually first documented. Likewise, there was argument about whether niche construction is something that ecologists have known about for a century, and if so, whether that matters when deciding how revolutionary it is. The philosophers of science wanted to know whether the Extended Synthesis was the beginning of a Kuhnian revolution, or just another step in everyday scientific progress.

Did you attend the conference? Or do you wish that you had? Please weigh in below on your view of the Extended Synthesis and related new directions in evolution.

Patrick Goymer
over 5 years ago
Here's a full report on the meeting, by Carl Zimmer: https://www.quantamagazine.org/20161122-scientists-seek-to-update-evolution/ 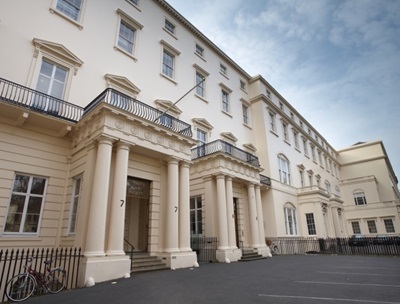 A recent Royal Society meeting brought together proponents and opponents of the Extended Evolutionary Synthesis.