For microbes it doesn't matter who you are, but what you do

A plant species in Brazilian sand dunes that harbors "miniature ponds" in its foliage, yields fundamental insight into the mechanisms shaping the structure and function of microbial communities.

Microorganisms are the most ancient, the most diverse and the most abundant form of life on Earth. A gram of soil contains millions of microorganisms and thousands of microbial species. Despite an enormous microbial diversity, the bulk of biochemical fluxes in natural ecosystems is driven by a small set of metabolic pathways, which have evolved to exploit the various energy sources (e.g., redox disequilibria) available for sustaining life. Such pathways include photosynthesis (the use of light energy for biomass synthesis), methanotrophy (consuming methane) or heterotrophic sulfate respiration (breathing sulfate when oxygen is scarce). Through Earth’s history, these pathways have been retained or acquired by multiple microbial clades that can perform similar biochemical functions, resulting in a high "functional redundancy" and an immense genomic diversity at local and global scales.

If this "pathway-centric" paradigm turned out to be accurate, it would greatly simplify the modeling of microbially catalyzed processes at ecosystem scales. This idea quickly captivated the microbiologists in our group; indeed, wouldn't it be nice to have some order in all this chaos? A key prediction of this pathway-centric paradigm, is that metabolic pathways should somehow display similar productivity (and hence, potentially, abundances) when compared across similar environments, even if the actual taxa performing these pathways changed. To test this prediction, we needed some type of natural ecosystem that's easily replicated and conveniently accessible. Bromeliad tanks, i.e., natural cavities formed by the plants' foliage, seemed like a good choice: In some regions of the world (such as the Jurubatiba National Park in Brazil), bromeliads occur in high numbers, and their tanks fill with rainwater and detritus, the decomposition of which supports rich microbial communities. As some of our colleagues from Canada and Brazil had extensive experience using bromeliads as model systems for ecology, this seemed like (and turned out to be) a perfect collaboration! 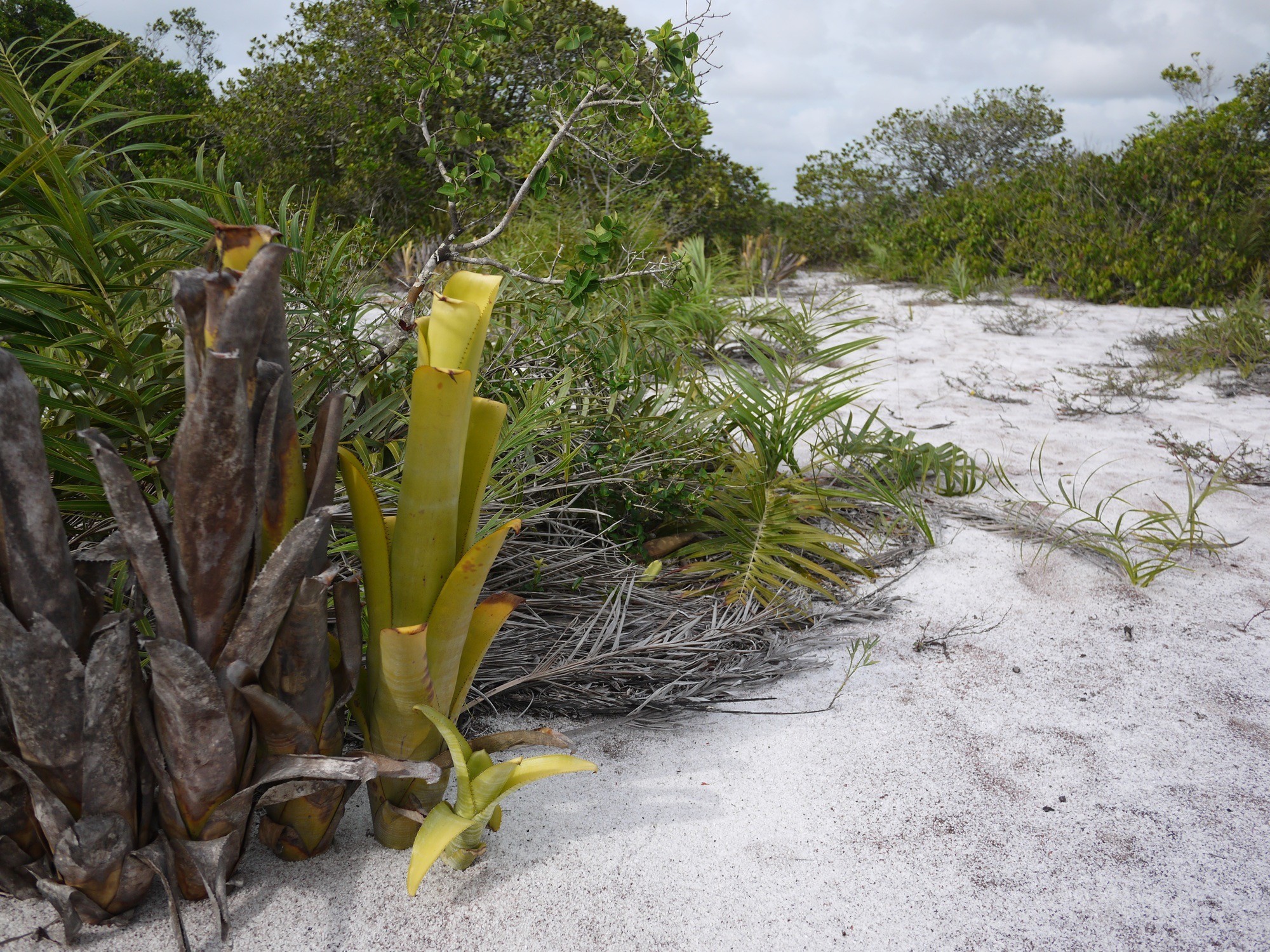 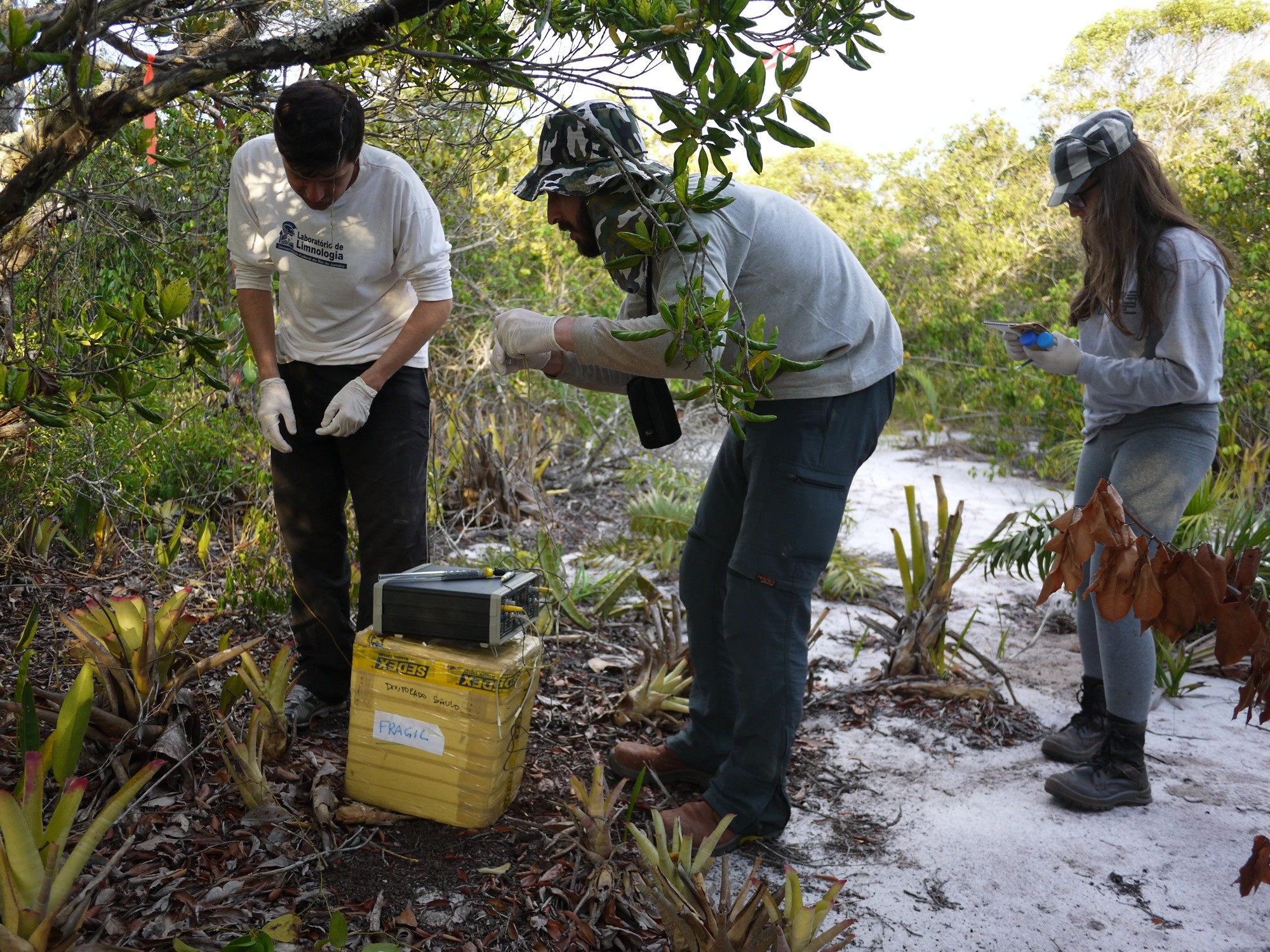 Our Brazilian collaborators performed wonders in organizing and facilitating the field work in Jurubatiba. Contrary to my fears, field work went through very smoothly and without any grant surprises, apart from a couple of snakes and frogs occasionally encountered inside the bromeliads. Samples for molecular analysis were immediately flash-frozen, in a high-tech setup involving socks attached to strings. I've learned a lot from this excursion; for example that even the toughest hiking boots dissolve in hot Brazilian sand-dunes, and that cheap centrifuge tubes violently explode when taken out of liquid nitrogen. 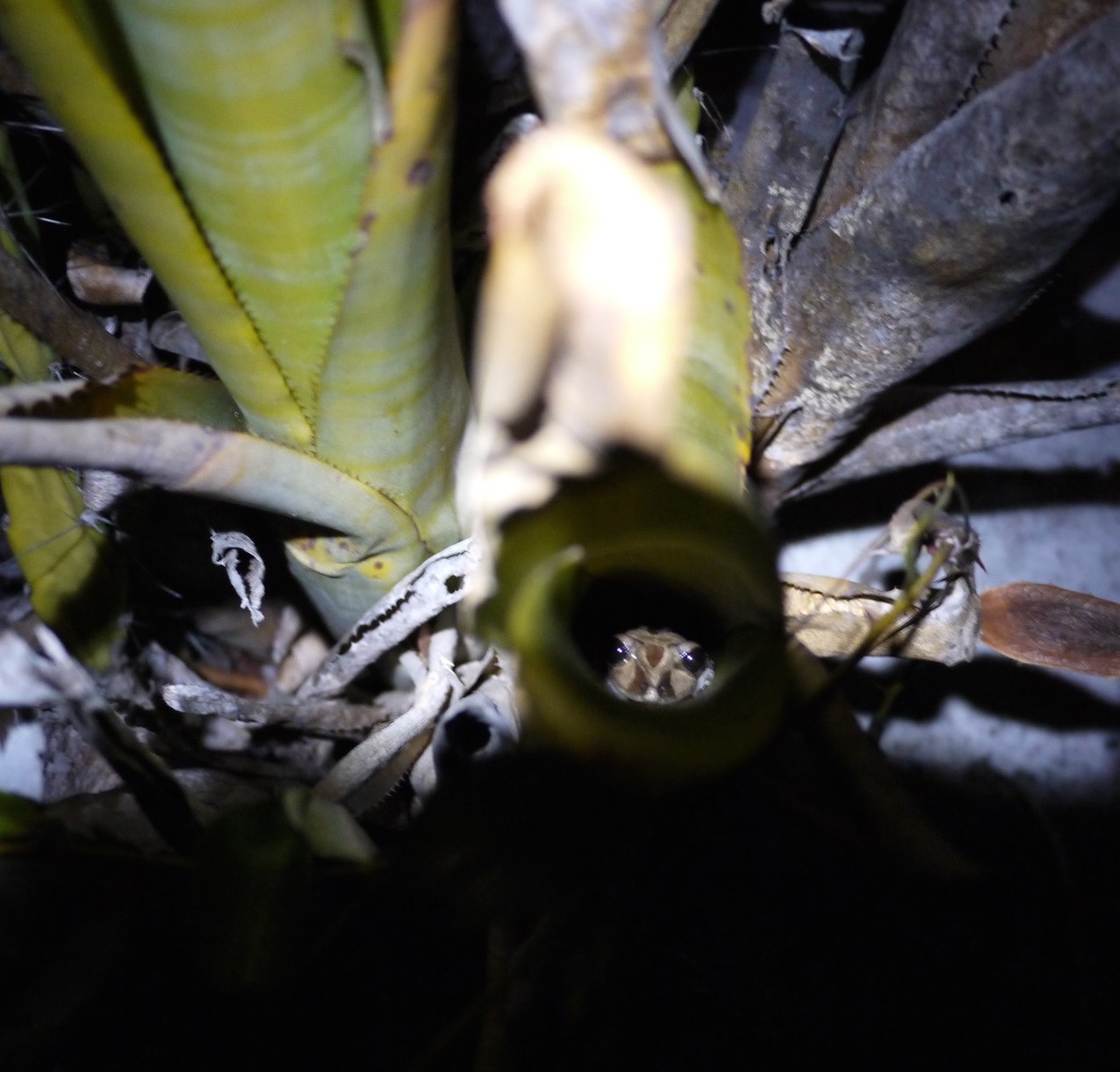 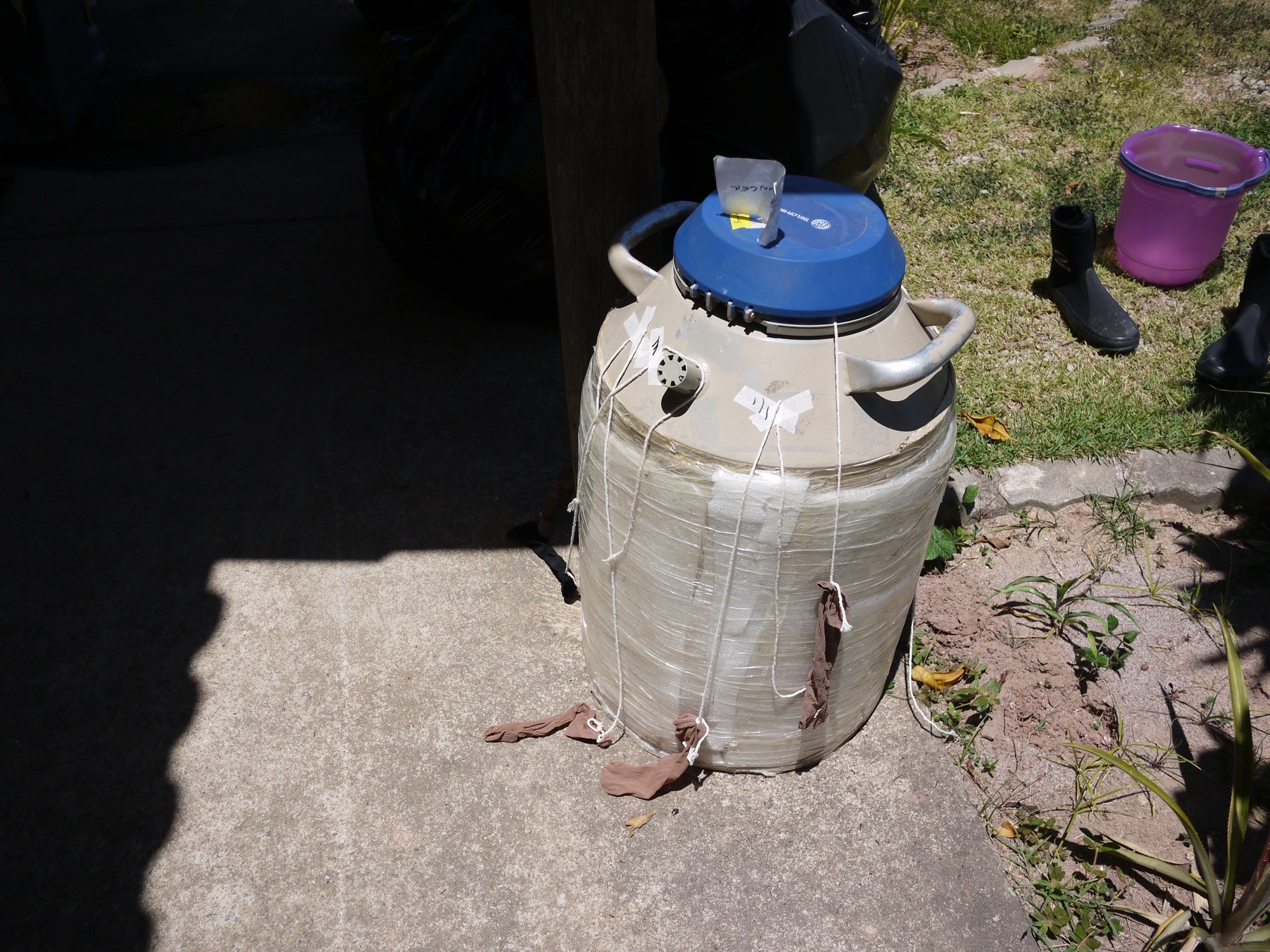 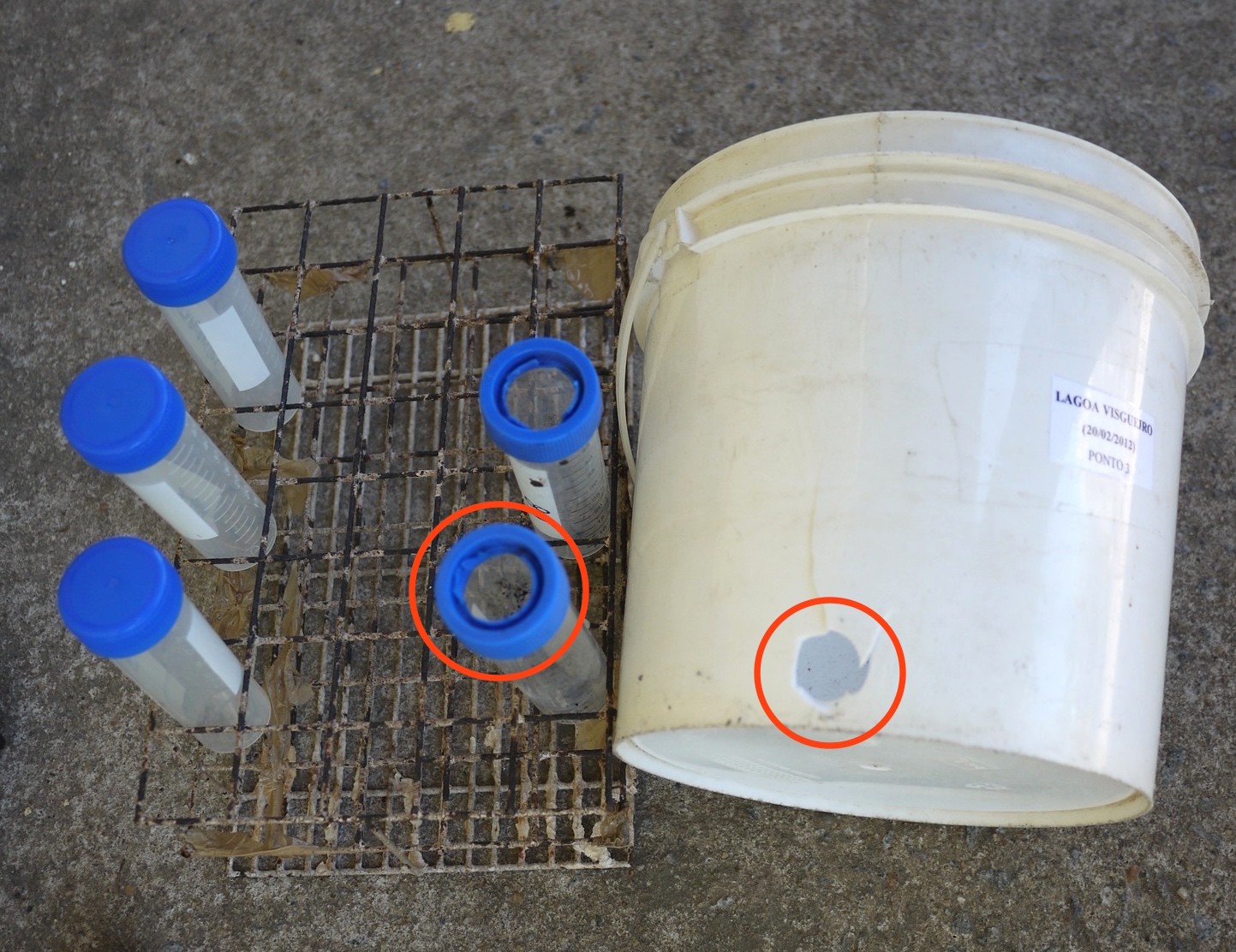 I admit that when we started this project we were skeptical as to whether wild-growing bromeliads were really sufficiently similar to each other, in order to detect the expected contrast between a stability in microbial functional composition (in terms of pathway abundances) and a variability in taxonomic composition. Only when we later analyzed our data, did we realize that the microbial communities exhibited a remarkably similar functional composition, which was in obvious contrast to the highly variable taxonomic composition within individual functional groups. We did not even need sophisticated statistics to detect this contrast; it was totally in our face! We realized that the same metabolic processes were performed by alternative microorganisms, depending on the particular bromeliad at hand. For example, when combined across bromeliads, we found dozens of different photosynthetic bacteria, but in each bromeliad only a small subset of these bacteria were present. Hence, adjacent and similarly functioning ecosystems could harbor very distinct microbial communities. Reciprocally, this meant that even if microbial communities differ between locations or time, this need not imply differences in the actual bulk biochemical processes that they catalyze. These conclusions also explained past observations that were made in the same area: The abundances of bacterial taxa varied seemingly randomly between bromeliads, and this variation could not be attributed to physical properties of the plants (Farjalla and colleagues, Ecology, 2012). We suspect that our results may also apply to microbial communities in other ecosystems, such as the human gut. 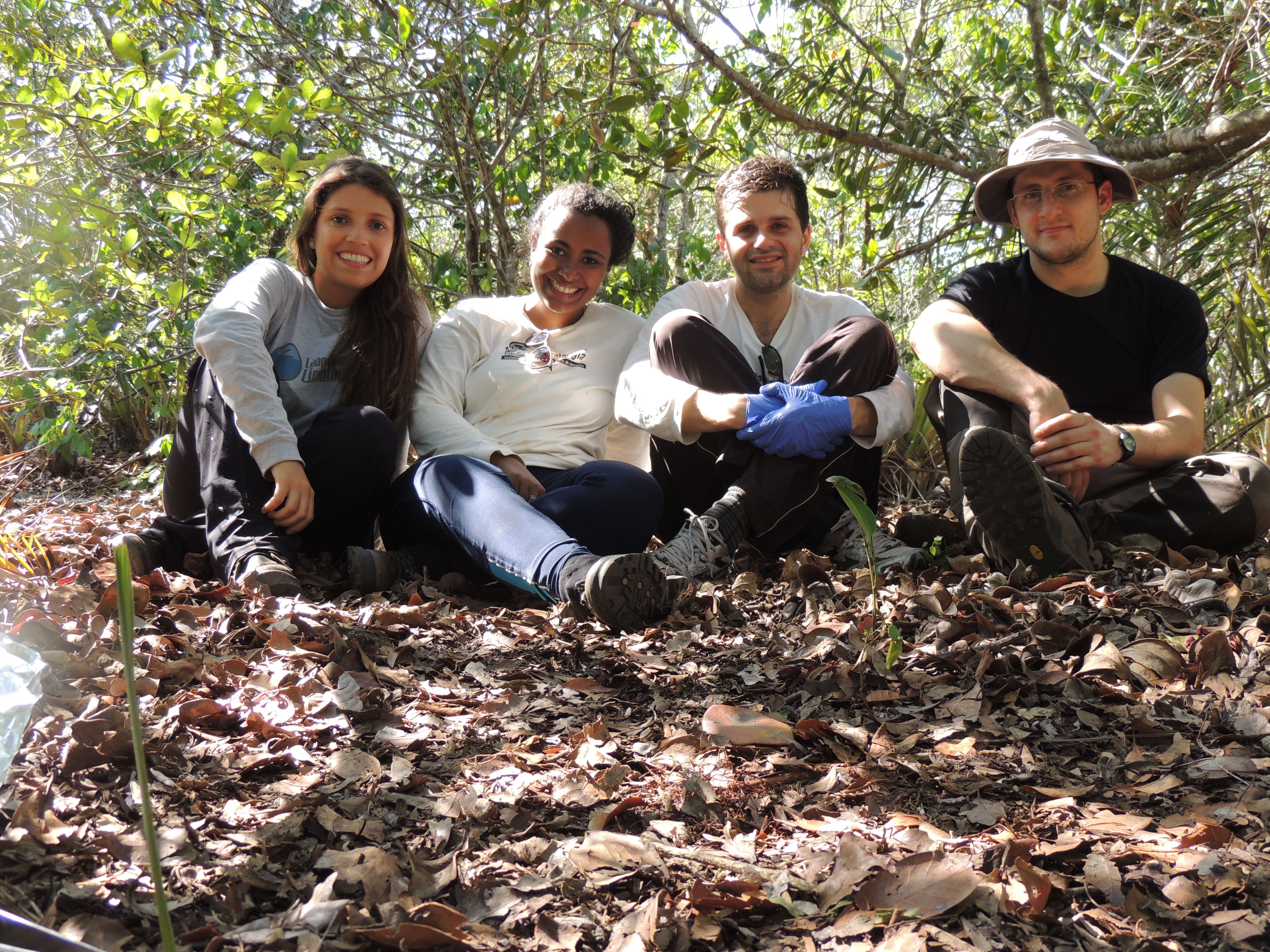 If environmental conditions are strongly coupled to the metabolic function of microbial communities, but exert less influence on who gets to perform each function, then this means that other, yet poorly understood, mechanisms cause radical taxonomic turnover while maintaining stable functions. Our labs are currently developing mathematical models and experiments to better understand what these mechanisms may be.

Regardless of the precise underlying mechanisms, this decoupling between function (or environmental conditions) and taxonomic composition within functional groups, challenges conventional approaches to modeling the spatiotemporal distribution of microbial taxa based on environmental conditions: Indeed, building accurate microbial taxon distribution models may turn out to be a Sisyphean struggle! Disentangling the variation in "function space" from the variation in the "residual taxon space", may thus become an important step in future microbial ecological studies. 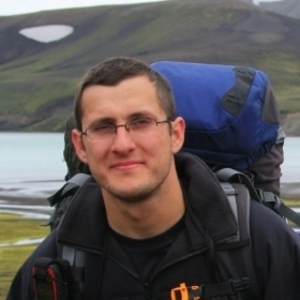