The Long Reach of Lynn White Jr.’s “The Historical Roots of Our Ecologic Crisis”

Fifty years ago, historian Lynn White Jr. presented and published a highly influential paper, explaining the intellectual and philosophical roots of our environmental crisis. Current debates in conservation make White’s paper as important now as it was in 1966.

Fifty years ago this month, at the 133rd annual meeting of the AAAS held in Washington DC, a fifty-nine-year old historian of medieval science and technology dropped an intellectual bomb, sending jarring reverberations still felt today. On the evening of December 26th, 1966, Lynn White Jr. climbed the steps to the stage and took his place behind the podium. His address was published as “The Historic Roots of Our Ecologic Crisis” in March of 1967 (1). Within just a few years of its publication, the article was already considered a ‘classic;’ and over time it would elicit dozens of responses, be frequently reprinted in textbooks, and become standard reading in a wide array of university environmental courses.

In his essay, and later in a follow up essay entitled “Continuing the Conversation” (2), White conveyed a deceptively simple yet profound message. Our current environmental crisis, he argued, is the result, not simply of our technological ability to impact and degrade the environment. Rather, our environmental crisis is first and foremost the product of our Western worldview. That is, our problem is fundamentally philosophical or ideological: we bring our ideas about the world into existence, ideas about what humans are, what the world is, and how the human and the non-human world ought to interact. To put it simply, and in White’s words, “What people do about their ecology depends on what they think about themselves in relation to things around them” (1). Until we “think about fundamentals,” “clarify our thinking,” “rethink our axioms,” White said, we will not adequately address our environmental crisis.

Though White focused his critique on our interpretation of the human/nature relationship as manifest specifically in the Judeo-Christian tradition, his point was more foundational. This was a challenging message in part because it ran so contrary to what so many believed. If our problems are primarily philosophical, they are not primarily scientific, or technological, or political, or economic. Those societal structures are the secondary artifacts of our deeper Western worldview, they do not touch or change it, they only embody and reinforce it. Our problems are not going to be solved, therefore, simply by the application of more science and technology. To many scientists this assertion alone was blasphemy, as they reflexively assume the starring role in problem-understanding and -solving. Our problems are instead, White suggested, the expression of a specific Western, post-Enlightenment worldview that both draws a hard and fast boundary between humans and nature, and prioritized humans over nature at all turns. A failure to alter that worldview is a failure to address the roots of our environmental problems.

To be clear, it is not that technological innovation and scientific understanding are unimportant, not at all. A culture maintaining an appropriate relationship with nature will certainly create and evaluate beautiful and novel technologies consistent with this novel worldview. A society caring about and for the world will seek to understand the conditions of that world as a way to express their care. But without the tether of a new worldview, White agued, our technologies and sciences will simply revolve around the worldview that gave rise to our environmental crisis in the first place.

And here we are, half a century from that evening in Washington, DC. The signals could not be more mixed. There are certainly many signs of an emerging post-Modern worldview paralleling White’s own nomination of Saint Francis’ non-anthropocentric teachings as a way forward. But the dance toward a new worldview seems to be, at best, more two-step than waltz.

Recently, for example, some well known conservation leaders have referred to discussions about the philosophical and ethical foundations of conservation as “silly arguments that are diverting attention from the real business” (3), the real business being “a stronger focus on synthesizing and expanding the evidence base that can identify what works and what fails in conservation so that we can move from philosophical debates to rigorous assessments of the effectiveness of actions” (4). They speak as if “what works and what fails” can be judged without reference to our fundamental philosophies and ethics. Conservation leaders have ridiculed those who take a principled non-anthropocentric stand, or anything other than a pragmatic position (which always favors and therefore perpetuates the worldview de jour). Dismissing some conservationists for their “moral certitude,” they claim to “find it dispiriting…unproductive and ultimately self-defeating…to have to argue with other conservation biologists over” ideological matters. “The reality of conservation practice,” they assert, “is too complex and nuanced for [such] moral conviction” (5).

We again flirt precariously and unabashedly with a renewed commitment to anthropocentrism with our focus on ecosystems services (to humans) as a way to articulate value in the natural world. Powerful voices still seem to believe that we can leave intact the same worldview that created our environmental problems and simply tinker around the edges, working to invent new applications of technologies and politics built on new justifications, but not altering our basic belief structure. As if anticipating a future trend in a dangerous direction, White warned us repeatedly that we are not going to simply technologize our way out of our current environmental crisis. He wrote, “we shall continue to have a worsening ecological crisis until we reject the [Western] axiom that nature has no reason for existence save to serve [humans]” (1).

And there is White, telling us again and again, that though the “man-nature dualism is deep-rooted in us…[u]ntil it is eradicated not only from our minds but also from our emotions, we shall doubtless be unable to make fundamental changes in our attitudes and actions affecting ecology.” What we need, White argued, is instead a philosophy that is “a viable equivalent to animism” (2), a philosophy and corresponding ethic affirming the intrinsic value of nature, and rejecting the human/nature dualism that permits hubris and anthropocentrism to emerge in the first place. White steadfastly warned us away from assuming that an enlightened prudential ethic – where we recognize that our well being is dependent upon nature – is a suitable replacement for the new philosophy and ethics we so desperately need in the future we face. Our old worldview created our problems, only a fool would assume a simple reapplication of that same worldview would also solve our problems.

In 1987, twenty years after the publication of his article, Lynn White, Jr. died of heart failure. His message is now fifty years old. But we need to hear it again, today, right now, more than ever. Humans, White pointed out, “commit their lives to what they consider good” (2). When, and if, the world in its entirety becomes good itself – not just good for us – we will glimpse a new path forward. 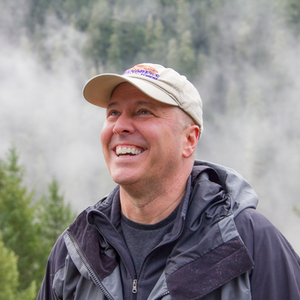