The position in which infant’s face is to the left of mother’s body midline is preferred in many human populations. Very little is known about how widespread and consistent is lateralization in mother-infant relationship among mammals. In our new study, we investigate the lateral biases in the behaviour of mothers and infants from a diverse range of mammal species.
Karina Karenina
Researcher, Saint Petersburg State University
Follow
Like Liked by Ben Johnson and 2 others
0

Humans and great apes show left-cradling bias but it is unclear how widespread this bias is. Here, the authors show lateralization in interactions between an infant and its mother in 11 marine and terrestrial mammals, which suggests that lateralization has an ancient evolutionary history.

Many behavioural patterns in humans and in non-human animals remain unnoticed despite the fact that we frequently observe them in everyday life. For example, few people are aware that mothers prefer to hold infants on the left rather than right side of the body. This cradling bias is assumed to be related to a right-hemispheric specialisation in the processing of social information, and it is remarkably consistent across contexts and cultures. Left-cradling bias is not a unique human trait and exists also in gorillas and chimpanzees. Whether such lateralized social behaviour has an ancient evolutionary origin has remained unclear for decades. Our study was designed to shed light on this issue.

Left hand image: A hand-made hide for observations of saiga antelopes near a waterhole at Stepnoi Nature Reserve, Russia. Right hand image: Video recording of Pacific walrus mothers with calves in shallow water near the haul-out on Kolyuchin Island, Chuckchi Sea, Russia. Data collection was carried out from a 60 m cliff above a haul-out, and the animals showed no response to the observers and seemed to be unaware of their presence.

Social behaviour in general and mother-infant interactions in particular are likely to be influenced by captivity. Therefore, we decided to collect all the data in the wild. As a result, we conducted 13 field trips and expeditions in different parts of the world and collected data on 11 species of mammals. Not surprisingly, field work was the most exciting part of the study. We got stuck in the sand when driving through the Mongolian desert, tortured by a frightful thirst when sitting in the hide in the Russian steppe, and were near freezing on an uninhabited island in the Chukchi sea. The challenges of conducting the study helped us as field zoologists to gain unique experience and important skills. In addition, organizing the field work allowed us to be involved in international collaborations. To obtain the data on species living outside our home country we asked our colleagues-biologists from various countries for help. Our co-author Prof. Victoria Rowntree at the University of Utah performed the individual identification of southern right whales on the aerial photographs provided by Ocean Alliance (USA) and the Instituto de Conservación de Ballenas (Argentina). A hard work and outstanding skills are definitely needed to distinguish thousands of whales by the pattern of callosities on their heads. Dr. Keith Leggett at the University of New South Wales greatly helped us conduct behavioural observations of red kangaroos at Fowlers Gap Arid Zone Research Station in Australia. It was a true Australian Outback experience for us to drive a powerful Toyota Land Cruiser Troop Carrier in search of kangaroos dispersed across the arid landscape of the station. In Tasmania our field work would have been impossible without the assistance of our co-author Ms. Janeane Ingram at the University of Tasmania. Surprisingly, she agreed to participate in the study and help us with many organizational problems after getting a strange email from Russia written in poor English. Thanks to our kangaroo and wallaby observations in Tasmania, Janeane became our friend. It is wonderful how biologists from different ends of the world can meet each other and work together.

: We often used camouflageclothing and features in the landscape (rocks, hills, and shallow

depressions) to avoid disturbing the animals during observations. The warm

camouflage suits were used to observe muskoxen on the northern shore of Lake Taimyr, Russia. (In the photo:

Dr. Karina Karenina). Right hand image: Not the most fruitful day of red kangaroo observations. In the photo: A/Prof. Yegor Malashichev (under the truck) and Andrey Giljov (right).

The long trip from planning the study through the field work to the final data analysis brought us to an interesting finding. The meta-analysis based on 712 individuals revealed a uniform infant preference to keep adult conspecifics on their left side in both human infants and infants of 11 non-human mammals. In addition, mothers were found to show lateralized positioning near their infants.

Mothers with infants of some of our subject species: saiga antelope (left), Pacific walrus (middle), and red kangaroo (right).

Within the context of the current literature, the spatial preferences found in our study are inferred to reflect the dominant role of the right hemisphere. Our findings clearly support the hypothesis linking left-cradling bias in humans with a right-hemisphere advantage for social processing. The remarkable interspecies consistency points to a continuity between lateralized mother-infant interactions in primates and non-primate mammals, and suggests ancient evolutionary roots of human cradling bias. Our results place the issue of the lateralization of mother-infant relations into a broader context, demonstrating that humans are one of many species showing this behavioural pattern. Furthermore, we demonstrated empirically that the infant can gain an advantage from keeping mother on the left. Lateralization appears to play an important role in supporting mother–infant bonding and infant survival. Thus our findings provide insight into the way that lateralized mother–infant interactions contribute to biological fitness, with implications for future research in a wide range of fields.

The results of this study are published as Karenina et al 2017. Lateralization of mother–infant interactions in a diverse range of mammal species. Nature Ecology & Evolution. doi:10.1038/s41559-016-0030

The work was conducted at Saint Petersburg State University. The study would have been impossible without the financial support from scientific funds in Russian Federation, especially the Russian Science Foundation. 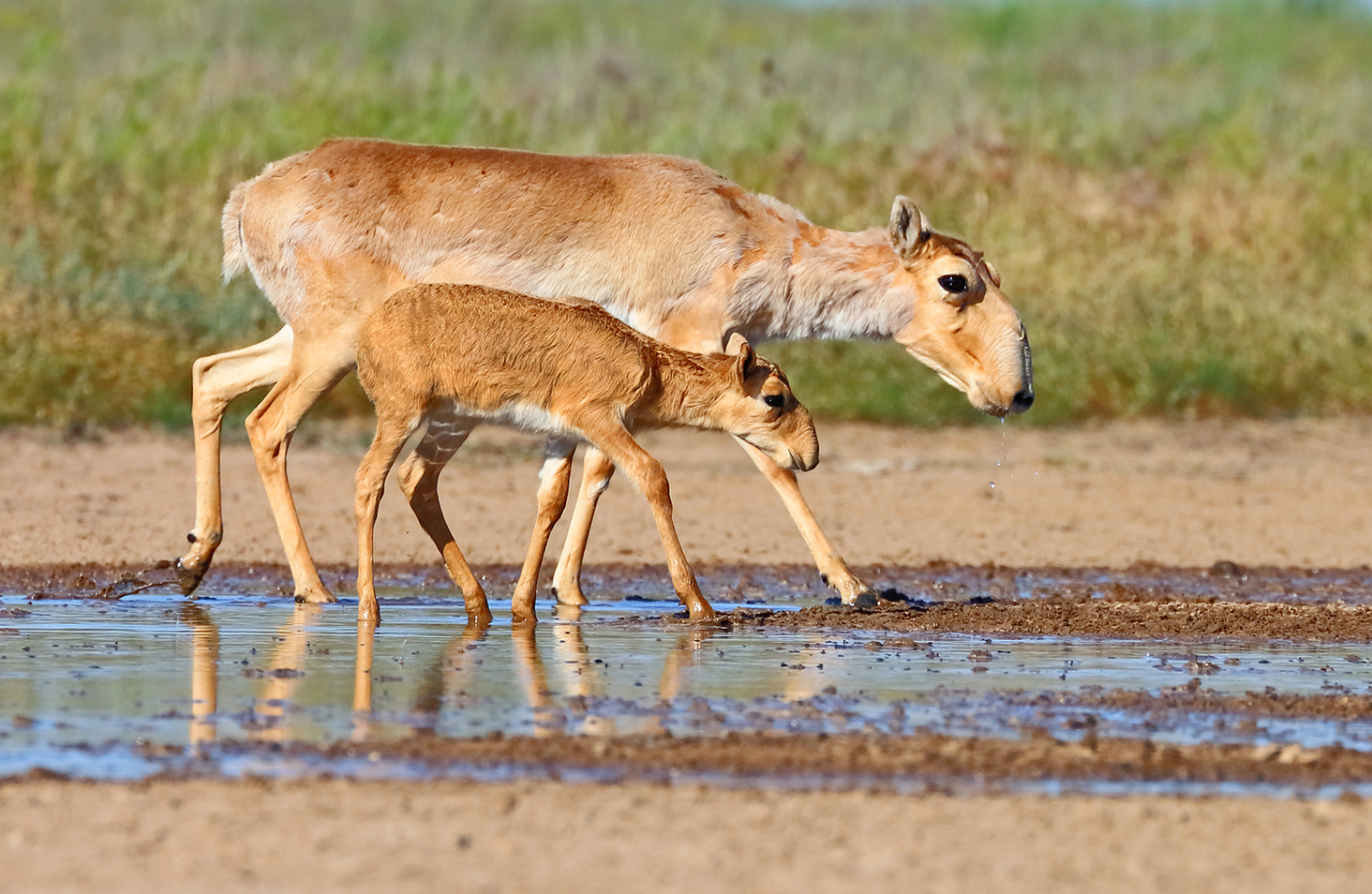 The position in which infant’s face is to the left of mother’s body midline is preferred in many human populations. Very little is known about how widespread and consistent is lateralization in mother-infant relationship among mammals. In our new study, we investigate the lateral biases in the behaviour of mothers and infants from a diverse range of mammal species.