I joined the Global Mammal Assessment (GMA) lab in 2011 as a Master student, and my project aimed at identifying the relationships between managed fires and the persistence of ungulates in savannah landscapes. In 2012 my master advisors, Carlo Rondinini and Piero Visconti, proposed me to start a PhD project on the impacts of climate change on terrestrial mammals. At the beginning, I was a bit worried about carrying out a research project on a new topic, but I soon developed my enthusiam for it! I joined the SSC IUCN Climate Change Specialist Group in 2013, where I first met James Watson and Stuart Butchart, and I wrote a review paper on the methods used to assess the vulnerability of species to climate change with this amazing group of scientists. By doing this review of the literature, I found that assessments based on life-history traits, that are commonly used by both scientists and practitioners, have seldom been validated against real observations. As a result of this important finding, Carlo and I decided to conduct a meta-analysis paper on the impacts of climate change on mammals.

Once I started reviewing the literature on observed effects of climate change on mammals, I immediately found out that there were a lot of similar studies focusing on birds. Francesca Cassola, a master student at the GMA, was assigned the task of collecting data on birds, and we contacted Stu for support on the analyses on this taxon. We aimed at relating the response of species to a set of intrinsic and spatial traits commonly associated with extinction risk from climate change. We found evidence of observed responses to recent changes in climate for almost 700 species of mammals and birds. We also note that only 7% of mammals and 4% of birds for which we found evidence of a negative response are coded on the IUCN Red List of Threatened Species as threatened by ‘climate change and severe weather’ under the ‘threats classification scheme’, and James provided invaluable help in identifying the implications that our results may have for the conservation community.

Since the dependent variable of our models was the response of species to climate change, Piero and I spent a lot of time in finding the best model to apply to our data. We tried binomial logistic models, random forests, classification models and we finally came to the conclusion that a multinomial logistic would have been the best option for our purposes. We estimated that 47% of terrestrial non-volant threatened mammals and 23.4% of threatened birds may have already been negatively impacted by climate change in at least part of their distribution, which is a very important and alarming result.

We received a total of 5 revisions in Nature Climate Change, it was very frustrating but they also helped improving the paper a lot. As soon as new data become available, it would be very interesting to test some of our assumptions on threatened species projected to have been negatively impacted by climate change, and I look forward to further explore this field in the near future. 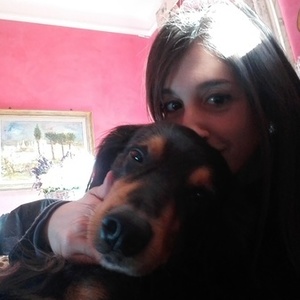