The search for the earliest signs of life on Earth

When, where and how life arose on Earth are fundamental questions if we hope to understand our origins and search for extraterrestrial life in the universe. The oldest rocks on Earth provide a time capsule which may preserve evidence of early lifeforms. We identified in one of the oldest belts of rocks on Earth fossil and chemical remains of microorganisms which thrived in hydrothermal vent environments. Below I provide a short review of the challenges faced when searching for early signs of life in hydrothermal precipitates and the future questions the study raises. (Dodd et al., 2017. Nature DOI: 10.1038/nature21377)
Matthew Dodd
Research, University College London
Follow
Like Liked by Ben Johnson and 1 other

The origin of life on Earth and in the universe has always been a scientific question at the forefront of mankind’s mind. We recognise life on Earth has been around for 1,000s of millions of years on Earth from microfossils, stromatolites and mineralogical evidences preserved in the rock record. However, the record becomes increasingly ever sparse the further back in time we look and therefore so do the clues for when and where life first resided on Earth. One common variety of sedimentary rock preserved in Earth’s oldest terranes are banded iron formations. These iron-rich rocks are thought to be derived from hydrothermal vent plumes (Jacobsen and Pimentel-Klose, 1988) in the ancient oceans and therefore make promising targets to search for remains of the earliest organisms - which may have been chemolithotrophs that utilised the diverse chemistries around hydrothermal vents (Wächtershäuser, 1988). Although recent evidence for stromatolite structures in 3,700 million year old carbonates suggest phototrophic metabolisms may have arisen incredibly early (Nutman et al., 2016). We therefore targeted jaspers and banded iron formations from one of the oldest - if not the oldest geological terranes on Earth (O’Neil et al., 2008), to search for remnants of early life in hydrothermally active areas. The main goal of the study was to identify organic remains, often preserved as graphite in metamorphosed rocks. The major challenge we faced was the inherent lack of organic carbon preserved in these rocks, which is typical of banded iron formation and jaspers. However, this is not evidence for lack of biological activity, but a characteristic feature of iron-oxide-rich sediments. We therefore chose to conduct high-spatial (330 nm) resolution analyses, using a micro-Raman system to map and find organic carbon particulates on the order of a few microns or less.

While searching for microscopic particles of organic matter we found haematite filaments and tubes with remarkable similarity to microfossil structures in younger analogous hydrothermal vent deposits. Their morphology was very compelling however not conclusive evidence, so we looked for chemical lines of evidence to assess the biogenecity of the tubes and filaments, as well as assessing abiotic physical processes which could mimic the intricate morphologies. Studying the filament and tube bearing rocks we found graphite co-occurred with key biominerals such as apatite and carbonate. Especially it is the close association of isotopically light carbon in graphite with apatite and carbonate beside the haematite filaments and tubes along with their morphological characteristics, which allowed us to draw significant comparisons with similar younger microfossils. Finally, it was necessary to consider a detailed list of complex processes involving burial and metamorphic effects as possible formation mechanisms for the tubes and filaments. After considering these and in cohort with multiple, chemical lines of evidence we were able to clearly demonstrate the tubes and filaments were microfossils.

These observations certainly fit with models and timing on the emergence of the last common universal ancestor (Weiss et al., 2016) and a hydrothermal origin of life on Earth. However, recent dating of ancient rocks in northern Labrador, Canada, reveal that shallow marine sediments as old as 3,950 million years preserve graphitic carbon in chert concretions within carbonate rocks (Komiya et al., 2015). This finding may prove to be diagnostic of an active biological community in shallow marine environments, similar to the stromatolites in dolomite from the 3,700 million year old Isua belt (Nutman et al., 2016). These observations suggest life was already exploiting different environments by around 3,700 million years ago. Future research will need to explore these early environments in order to assess the birthplace of life on Earth and promising targets to hunt for extra-terrestrial life in the solar system.

The paper in Nature is here: http://go.nature.com/2mNzz1e

Jacobsen, S. B., and Pimentel-Klose, M. R., 1988, A Nd isotopic study of the Hamersley and Michipicoten banded iron formations: the source of REE and Fe in Archean oceans: Earth and Planetary Science Letters, v. 87, p. 29-44. 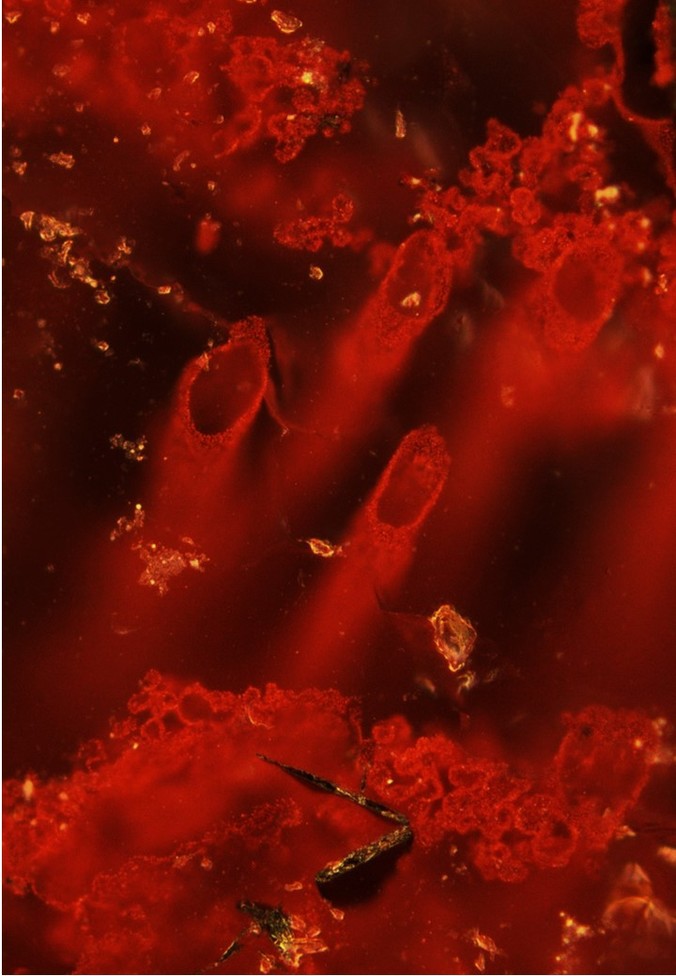 The search for the earliest signs of life on Earth

When, where and how life arose on Earth are fundamental questions if we hope to understand our origins and search for extraterrestrial life in the universe. The oldest rocks on Earth provide a time capsule which may preserve evidence of early lifeforms. We identified in one of the oldest belts of rocks on Earth fossil and chemical remains of microorganisms which thrived in hydrothermal vent environments. Below I provide a short review of the challenges faced when searching for early signs of life in hydrothermal precipitates and the future questions the study raises. (Dodd et al., 2017. Nature DOI: 10.1038/nature21377)