In this new Analysis article published by a team of Chilean and European colleagues, we provides a new approach to reconcile apparent contradicting results on the impact of ocean acidification on marine organisms

Ocean acidification is the global warming evil twin. It is another consequence of human carbon dioxide (CO2) emissions. A quarter of the CO2 we have emitted to the atmosphere is captured by the ocean and significantly modifying its chemistry, including a decrease in the seawater pH. Since the industrial revolution, the oceanic pH has dropped from 8.2 to 8.1, which does not seem like much, but if we even consider that the pH scale is logarithmic, this apparently small change means that the ocean is becoming 30% more acidic. Further, recent studies suggest that acidification rate could accelerate from now to the end of the century, resulting in a potentially catastrophic impact on marine ecosystems. Understanding the impact of ocean acidification is now a priority and one of the targets of then UN Sustainable Development Goals for 2030.

During the last years, the scientific community has been really active, and scientists have been conducting many ocean acidification experiments, where a variety of marine species are usually exposed to pH or CO2 levels expected for the near future. Through this experimental approach, it has been achieved an unequivocal consensus that if we keep emitting CO2 at the same rate, ocean acidification will significantly impact marine species, ecosystems and services that we are depending on. However, they struggle with apparently contradicting results.

We have been studying the impact of ocean acidification for many years but I was puzzled by the fact that making the same experiment on two different populations of the same animal could lead to very different results.

To solve this issue, I've gathered a team of scientists from different institutions in Chile (Universidad Santo Tomás, Universidad Adolfo Ibáñez, Universidad Andrés Bello, Universidad de Antofagasta, and the Center for Advanced Studies in Arid Zones), and European institutions in England (Plymouth Marine Laboratory, PML) and Sweden (Göteborg University). The idea was to think out of the box.

At the time, the best practices in the field of ocean acidification recommended to use the target atmospheric CO2 levels for all our experiments, based on potential scenarios for 50 or 100 years more, which in result in different pCO2 levels in seawater (e.g. 380, 400, 750, 1000 or 1200 uatm). But it was neglecting the fact that animals living in different coastal regions experience different environments and CO2 levels and seems to be adapted to these conditions.

Many times we discussed with my colleague and friend, Sam Dupont (University of Göteborg) and he agreed that we were comparing pears and apples. Sam did the analogy that by testing the same CO2 all over the world would be the same as keeping Grizzly and Polar bears at the same temperature and expect them to respond in the same way.

The bad news, is that by using potential scenarios for the open ocean, a large set of published experiments conducted with coastal marine species might have significantly underestimated the impact of ocean acidification on marine organisms.

In this new Analysis Article published in Nature Ecology and Evolution, the natural CO2 environment from all the tested species in a wide latitudinal range along the Chilean coast was measured and took into account to calculate an index aimed to estimate how much the experimental treatment deviates from these condition. This index is able to reconcile the apparent contradicting results.

In a way, it is quite straightforward: the more they are deviating from what they know, the more stressed and negatively impacted animals are.

This new approach will allow using the growing observation data on chemical changes (pH or pCO2) measured by deployed instruments in the ocean to infer on potential biological impacts. This will allow working toward a better management of marine resources and be better prepared for the future changes to come.

The paper in Nature Ecology & Evolution is here: http://go.nature.com/2mSjauw 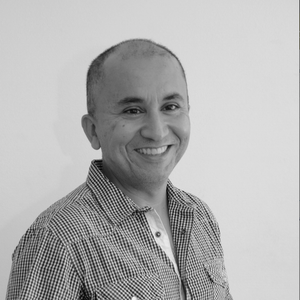