To celebrate the 40th anniversary of the first discovery of hydrothermal vents, we report the genome of Bathymodiolus platifrons, a deep-sea mussel that thrives in hydrothermal vents and cold seeps of the northwestern Pacific, and the genome of Modiolus phillipinarum, a shallow-water mussel. Genomic comparison reveals the adaptations of deep-sea mussels to the extreme environments.
Jin Sun
Professor, Ocean University of China
Follow
Like Liked by Patrick Goymer and 5 others
2

This year marks the 40th anniversary of the discovery of hydrothermal vent at the Galapagos Spreading centre. The discovery, along with the subsequent discovery of cold seeps, has revolutionised our view of life on earth. Hydrothermal vents and cold seeps are extreme environments that are characterised by high hydrostatic pressure, lack of photosynthesis-derived food, varying temperatures and high concentrations of toxic substances. Different from the surrounding areas of the deep-sea that are considered to be “deserts” with low biomass, these special habitats are “oases”, harbouring rich biological communities dominated by mussels, giant tubeworms, giant clams and many other animals. Despite great interests in understanding the adaptations to the inhospitable environmental conditions of vents and seeps, a lack of genomic resources has hindered such studies at the molecular level.

In 2013, my PhD supervisor Dr. Jian-Wen Qiu, then a marine ecologist working on shallow-water animals, was invited to join the manned submersible Jiaolong’s first scientific deep-sea exploration. Although he had watched documentaries of vents and seeps before, seeing a spectacular cold seep community dominated by mussels and squat lobsters on a continental slope of the South China Sea from the submersible’s observation window still struck him. Same as other members in his lab, I shared his excitement as we watched the news about this exploration on TV.

Bathymodiolus mussels have been considered as models to understand the adaptations to the deep-sea for a number of special features: they can be cultured at 1 atmospheric pressure for a long time, allowing them to be studied easily on board or in the laboratory; they are a good system to understand deep-sea biogeography, symbiosis, ecotoxicology and immunity. In addition, the genomes of the deep-sea mussels are smaller than the genome of many other vent and seep animals, such as squat lobsters, deep-sea shrimps, scaly-foot snails, and giant clams, making them easier to assemble.

Despite the rapid advent in sequencing technology, assembling the mussel genome, which is roughly half of the human genome size, was still a daunting task. I still remember, after around one year into the project, in a sunny afternoon I was reporting to Prof. Pei-Yuan Qian in the Coastal Marine Laboratory of the Hong Kong University of Science & Technology (HKUST); through window, I could enjoy a nice panoramic sea view of the Clear Water Bay.

“So Jin, how is our genome assembly at this moment?”

“Er…Not so good…” I told him the assembly was very fragmented. Although we had already spent much on the sequencing, I was still requesting to sequence more in order to have sufficient sequencing coverage especially for this species without an inbreeding line.

He thought for a short while, and replied firmly “Well, go ahead. This will be the first macrobenthic genome from the deep-sea chemosynthetic ecosystems, and we shall sequence more if needed”.

With ultra-deep sequencing of paired-end of mate-pair DNA libraries of various lengths, we eventually assembled both genomes. Before analyzing the genomes, I thought some genes related to nutrition might be missing in the deep-sea mussel, as it heavily relies on their symbiont for nutrient and energy. However, to my surprise, the deep-sea mussel has retained most of the genes that are present in the shallow-water mussel. Meanwhile, many gene families are expanded in the Bathymodiolus genome, especially those that are related to immune response, and these genes have a high gene expression level in gill, the organ that harbours the symbionts. When I shared this result with my friend Dr. Yang Zhang, an oyster immunologist, he said: “Wa, dude, you’ve got wonderful results, and they support the hypotheses on the host-symbiont relationship well.” I was also so moved that he put aside his research and helped with the interpretation of the data. Yang’s involvement is just an example of how members with different expertise have jointed to tackle various problems we encountered during the genome assembly, annotation and interpretation. Without the shared vision, enthusiasm and joint effort, this paper would not have come out.

We believe the complete genome sequences can help us better understand the biology of Bivalvia, especially how deep-sea mussels have adapted to the extreme chemosynthetic environments.

The paper is available here: http://go.nature.com/2otKGjQ

hmu
over 5 years ago
Great!

hmu
over 5 years ago
Congratulations! 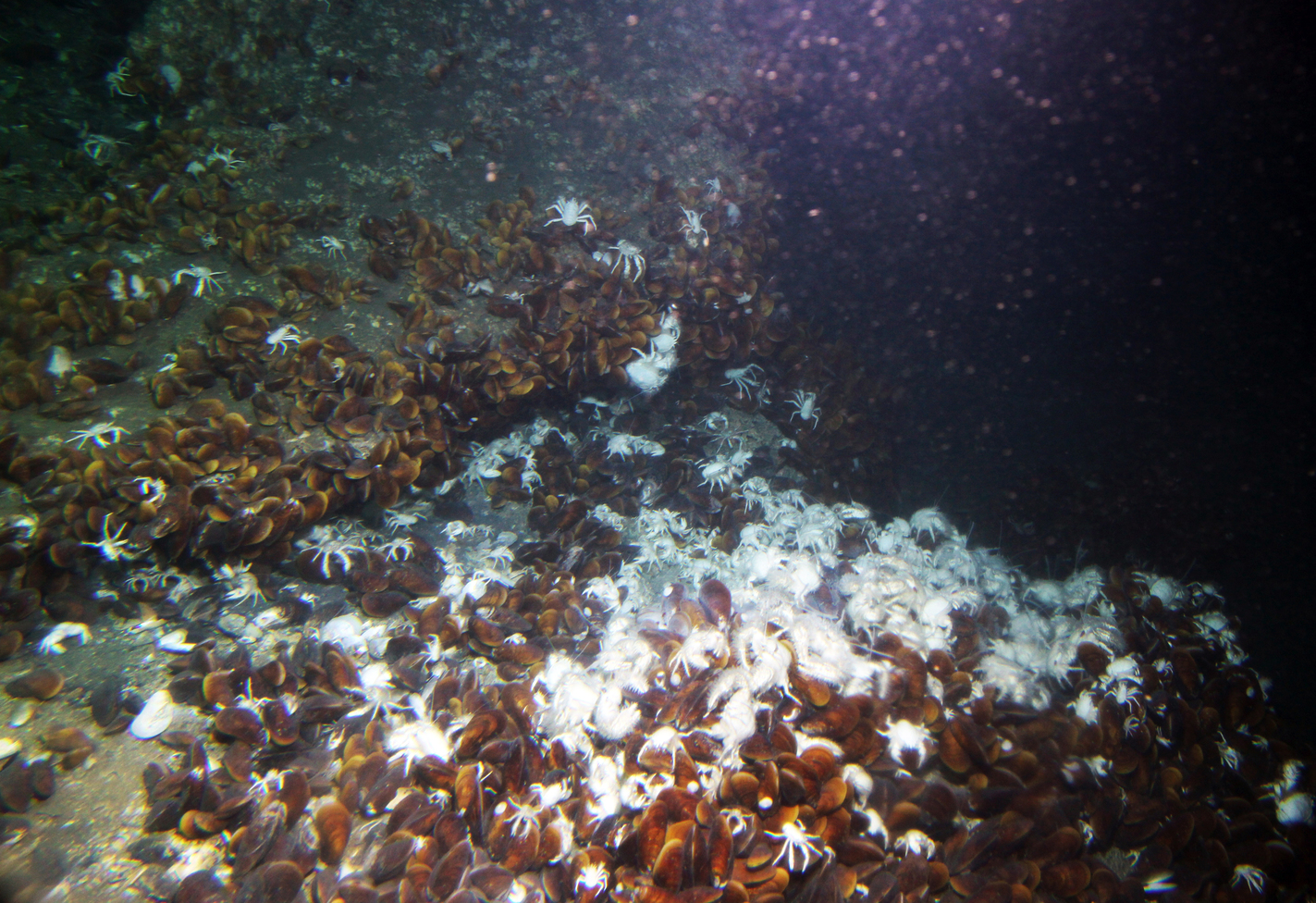 To celebrate the 40th anniversary of the first discovery of hydrothermal vents, we report the genome of Bathymodiolus platifrons, a deep-sea mussel that thrives in hydrothermal vents and cold seeps of the northwestern Pacific, and the genome of Modiolus phillipinarum, a shallow-water mussel. Genomic comparison reveals the adaptations of deep-sea mussels to the extreme environments.