A community from Nature Ecology and Evolution
Editor
On the road, Earth Day 2017

A few months ago, I visited my local primary school to talk about evolution. Now, in the run up to Earth Day, I went back to talk about the environment.

Unlike last time, today I had the whole school in front of me, so the age range was 4-11. This was an added challenge, but as the whole school is only about 60 kids I could still use the same informal interactive format that seemed to work last time. I’m glad that I had it this way round, as I would not have relished explaining evolution to such a broad age range, whereas I think the environment is a conceptually slightly easier topic. As an added challenge, this time I had two of my own children in the audience!

I started by asking them if anyone knew what day it was this coming Saturday. After the predictable guesses involving family members’ birthdays, I was pleased to hear that several of them did know it was Earth Day, and that it was about thinking about the environment. I then asked them to tell me things that humans do that are bad for the environment, and the answers were pretty good – deforestation, pollution and hunting (I’m paraphrasing the terminology slightly) came out straight away. I was particularly impressed that the answers were coming from the younger children as much as the older ones. Even better, one of the youngest in the room pre-empted the answer to my next question, which was to ask about the thing we do that is probably worst for the environment. I was going to tell them that it was eating, as I figured that would be a surprise to them, but a five-year-old had already mentioned food as an environmental issue. I felt that talking about something that is such a central part of their lives at this stage might get us past the idea that the environment is a far-away concern. I followed up by showing them a picture of some intensive agriculture, and then talked about nutrient pollution, carbon emissions, deforestation and biodiversity loss. I tried to make it quite clear that I didn’t want them to stop eating, just to eat as responsibly as possible!

The next thing I wanted to do was illustrate the many different ways in which the environment is threatened, so I chose coral reefs as an example. First up, I asked if anyone had seen one, which elicited a couple of hands, but then I told them that they could all have a look online as a result of outreach projects such as that from the University of Queensland.

Then we ran through six different threats, using each one as a starting point for a wider discussion. First was global warming, with a quick explanation of the greenhouse effect and the fact that it is the carbon dioxide we emit that is causing it. Second was ocean acidification, illustrated with a photo of a dissolving pteropod, and useful as the basis for a quick digression into textbook chemistry. Third, we thought about sea-level rise, and how that might affect reefs. A map of Florida under projected sea-level rise didn’t elicit too much concern until I pointed out the location of DisneyWorld. Fourth was overfishing. I was surprised that almost every child said they liked eating fish, so we talked about the fact that some fish are better to eat than others. Fifth, I mentioned pollution. I felt that nutrient pollution was probably too convoluted a topic, so we stuck to microplastics, which many of them had heard about, and it gave a good opportunity to try to discourage overconsumption of plastic goods. Finally, I got them to identify a lionfish (I was impressed!), so we talked about the concept of invasive species, and how humans moving species from the right place to the wrong place can be so harmful. Being the UK, we then talked about red and grey squirrels.

Having run through all these threats, I wanted to talk about why it matters. First, I talked about anthropogenic extinction, something that is intrinsically a bad thing. I showed them some pictures of iconic species such as dodos and passenger pigeons, but emphasized that they were just the tip of an iceberg. I mentioned that extinction itself is perfectly natural, but that species are now going extinct 100-1000 times more often than they should. These large numbers seemed to make them sit up and think. Then I introduced the idea of ecosystem services, so we could balance out nature for nature’s sake with something a bit more like new conservation. The children were quite good at identifying benefits of nature, but I directed them towards bees as an easily understandable example, especially as I knew some of them had studied pollination last term. When I showed them a picture of crops that depended on insect pollination, and the idea we could lose them, the uproar was almost greater than that elicited by the possible drowning of DisneyWorld. The food theme also allowed me to mention the win-win that healthy eating and environmentally conscious eating have considerable overlap. I wonder how many parents got requests for a vegetarian meal this evening!

My time was now nearly up, and I felt they had got a pretty good idea of the kinds of environmental problems out there, some of which they would have heard of before (eg pollution) and others which may have been new (eg ocean acidification). However, I wanted to end on a more positive note, so I got them to tell me things we can do to make the situation better. This was fascinating, as we swung back and forth between some spot-on ideas about overconsumption, vegetarianism and travel, and some somewhat tangential ideas about animal welfare. However, it wasn’t too difficult to make these relevant and not just dismiss them. Discussion of domestic pets led us on to how to reduce predation by cats, and also threats to wild populations from domestic animal disease. Dealing with roadkill got us onto the wider issue of road-building and protected areas, and I even threw in Wilson’s Half Earth.

I was very glad that one of the teachers who hosted the visit gave a round up at the end, as I think she did a much better job than me at giving the children a relevant and positive take home message. Her call to them to be the generation that makes things better, both by influencing their elders now and by considering the environment through their adult lives, was well-crafted and inspiring.

Overall, I think the exercise was a success, certainly in raising awareness. While the concepts were simpler than in the lesson on evolution, they were also more varied, so I found it harder to decide what to include and what to omit. I was impressed by how engaged and knowledgeable the children were. One child came up to me afterwards to ask specifically about neonicotinoids. Whether the lesson actually increased environmental literacy rather than just awareness, is somewhat harder to assess. I did a very unscientific survey of how well I had done by asking my two children who were in the audience. The six-year-old claimed to have understood everything, and the four-year-old claimed to have understood nothing. We’ll call it a draw.

Sonya Exton
over 5 years ago
You'll be pleased to hear that the older class group went on to find out more about Earth Day and created their own posters to help raise awareness.

Patrick Goymer
over 5 years ago
Thanks Sonya, that's really great to hear. And thanks so much for giving me the opportunity to talk to them. 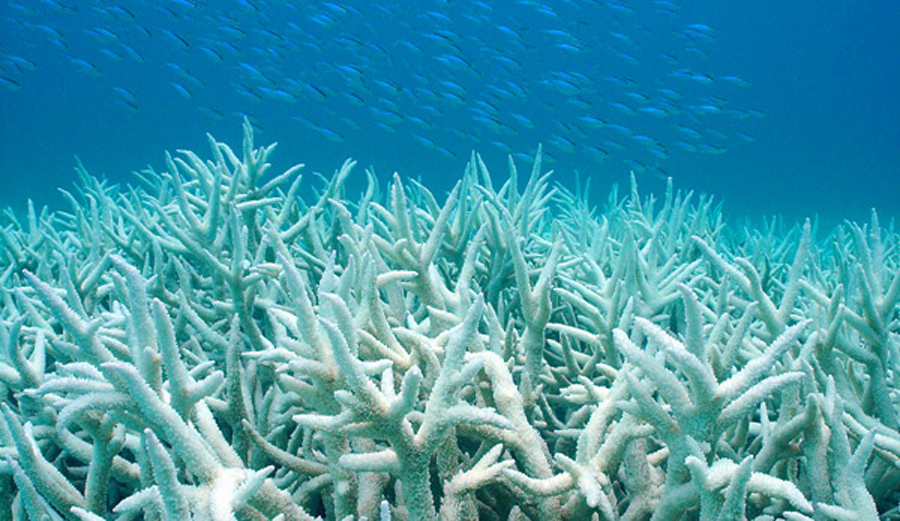 How I went about explaining environmental issues to primary school children.