Nano and the environment

Nanomaterials can play a role in solving a number of environmental problems. However, the potential harm caused by nanomaterials to the environment is still unclear, both in the scientific literature and in regulations. A Q&A with regulatory engineering expert Steffen Foss Hansen
Fabio Pulizzi
Chief Editor , Nature Water
Follow
Liked by Patrick Goymer and 1 other

During my Master in Environmental Planning and my Ph.D. in Environmental Engineering from the Technical University of Denmark (DTU), I explored the best ways of taking decisions about policies in cases of scientific uncertainty, complexity and ignorance and I worked on when and how to apply the precautionary principle of the EU. I became aware of the difficulties in recognizing the potential harmful effects of emerging technology. While I was working as a teaching assistant in a course on Environmental Management and Ethics at DTU back in 2004, nanotechnology presented itself as an ideal case study to apply the lessons learnt from previous experience with emerging technologies. I thus started working on the topic with an holistic approach, attempting to answer questions like: What is nanotechnology?; Where are nanomaterials used?; Where might the risks and uncertainties be?; How should risks be assessed and regulated? My work was supposed to complement that of the rest of my supervisor’s group that was performing in-depth ecotoxicological experiments on nanoparticles in the laboratory.

Why should we consider the environmental effects of nanomaterials separately from those of larger materials or chemicals?

The properties that make nanomaterials unique, e.g. size, shape, surface chemistry, are not usually considered in ecotoxicological testing and environmental risk assessment. All the established tests require that the chemical substances go into suspension and are in equilibrium during the whole duration of a test. Unfortunately, nanomaterials do not go into equilibrium easily. They tend to aggregate, agglomerate and sediment as they please over time. I am also not convinced that we do very well in protecting the environment against harmful substances in general. Thus, if we treat nanomaterials in the same way as we have done with other substances, I fear that by default we might not be able to identify harmful applications of nanomaterials.

What are your main interests now?

Because I do not think that existing regulatory frameworks can address the challenges that nanomaterials present in an effective way, I am interested in establishing the key components necessary to evaluate the safety of nanomaterials and the conditions necessary to authorize their use. These could represent the foundations of a new regulatory framework. I also aim at developing a supplementary principle to the four existing environmental principles of the EU, namely the principles of precaution, prevention and rectifying pollution at source, and on the ‘polluter pays’ principle. This supplementary principle, which I call the ‘Principle of Necessity’, should imply that we assess whether the widespread use of specific chemicals, materials or technologies is really necessary, especially when their potential damage to the environment is unclear. Eventually I would like to apply this principle to the ‘The Nanodatabase’, which is an inventory of all the products in Europe that we know of that claim to contain nanomaterials or to be based on nanotechnology.

How is the effect of nanomaterials on the environment usually assessed?

In most cases, regulators use established frameworks to decide whether a nanomaterial is to be consider hazardous or not. These frameworks tend to focus on the toxicity to algae, crustacean and fish and specifically they consider the nanomaterial mass concentration at which processes like the growth of algae, the mobility of crustaceans and fish is reduced by 50%. Other aspects considered are the persistence of nanomaterials in the environment.

However, researchers are still exploring other criteria that can range from the concentration of the nanomaterials that causes exposed test animals to change behaviour, moving patterns, to changes in their genes expression.

Is there some consensus on toxicity between science and regulatory bodies?

I think so, but I am not sure that such consensus is due the fact that the challenges have been properly resolved. Sometimes I feel that because of the difficulties to provide answers on toxicity in a scientific way, researchers, regulators and funding agencies have to take some sort of executive agreement disregarding the uncertainties. One example is the work that the OECD has done in their so-called Sponsorship Programme along with e.g. US, EU and Japanese regulators and industry representatives in order to test whether their own standard test guidelines for chemicals were also applicable to nanomaterials. The OECD concluded that the test guidelines used for regular chemical substances are in the most part suitable for nanomaterials. However, most contributors to the Sponsorship Programme applied the existing guidelines for chemicals with little, or no, reporting on the test performance when used on nanomaterials. Very few studies were furthermore carried out for each nanomaterial with the same technical guideline, and it is difficult to then generalize. Furthermore, in my view the few studies in the dossiers that discuss the validity of the tests and explain the modifications that were made to the tests actually raise substantial concerns about the general applicability of the OECD test guidelines. To give you another example, there seems to be increasing consensus that the oxidative stress and the production of reactive oxygen species should be considered the defining mode of action for nanoparticles, but I am not sure that others possibilities have been properly explored. For many metal oxides, it is now believed that the ecotoxicity is due the release of toxic ions and has little to do with the fact that their size is in the nano range. The truth is that there is no way to predict if the established tests would be able to discover nano-specific effects even if they existed. Overall I am not sure that the consensus is necessarily a good thing. We need more explorative science, maybe more courage to publish it and more regulatory willingness to act upon it.

So, what is the status of regulations now?

I would say that so far most interest and action on the regulatory aspects seems to have happened in the EU. A number of regulations and directives, for example those concerning cosmetics, biocidal products and novel foods, have recently been revised in order to take nano-specific aspects into account such as regulations. However, there are definitely interesting regulatory requirements being implemented elsewhere. To give you a specific but in my view interesting example, in Taiwan, they have had a system for certifying nanoproducts and the claim that manufacturers make about their products since 2004. This should enhance the quality and image of products based on nanotechnology, whilst protecting consumers’ rights.

What are the main challenges ahead? 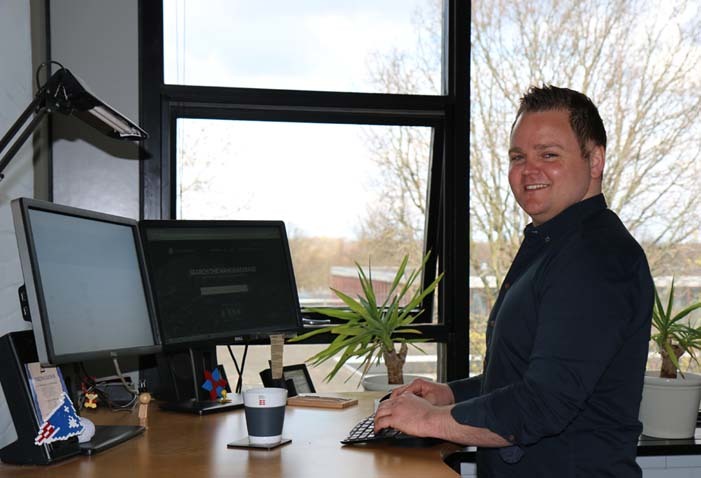 Nano and the environment

Nanomaterials can play a role in solving a number of environmental problems. However, the potential harm caused by nanomaterials to the environment is still unclear, both in the scientific literature and in regulations. A Q&A with regulatory engineering expert Steffen Foss Hansen