Rethinking the relationship between big brains and variable environments.

The paper in Nature Ecology & Evolution is here: http://go.nature.com/2fOgdas

In the still days of deep winter in interior Alaska, where I grew up, the only sounds to break the cold silence are often the otherworldly calls of the Common Raven. Carried on frigid air, their vocalizations can be heard at great distance as they soar above the frozen landscape scanning for opportunity. This environment is characterized by change and extremes, where winters are harsh and even the bounties of summer can be unpredictable. When watching these large, glossy-black birds in cities of the North, it is not uncommon to see them descend from their patrols, perch on the edge of a fast-food garbage bin, and tear open a greasy bag to retrieve the reward of fries held inside.

Ravens posses one of the biggest brains  (relative to body size) of any bird, and to the casual observer, the benefits of this exceptional feature may seem obvious – they are undeniably intelligent animals capable of a wide array of impressive behaviors. However, since big brains are costly and most animals can survive just fine without them, many biologists since Darwin have pondered the forces that may have driven their evolution in a number of animal lineages.  A growing body of recent work suggests that one major driver in the evolution towards larger brain size could be the constantly changing and often unpredictable conditions found in environments such as those occupied by the Common Raven. By allowing individuals to respond flexibly to novel challenges, big brains could help them to cope with the unexpected. The cognitive buffer hypothesis, as this idea is known, was on Carlos Botero’s mind when I joined his lab as a postdoc. He reasoned that if such a hypothesis was correct, then we should be able to detect a signal in the dynamics of populations. In other words, if big brains really do ‘buffer’ species from environmental variability, then those that have them should maintain stable populations even when conditions vary greatly.

Addressing this inherently large-scale problem required detailed population data for species that covered the gamut of brain sizes and environmental conditions observed in birds. Our coauthor, Andrew Iwaniuk, had already amassed the largest data set on avian brains sizes available to date, and population dynamics could be computed from the decades of data collected by a vast army of enthusiastic citizen scientists from the North American Breeding Bird Survey. Although I had already gained some experience working with the breeding bird survey as a PhD student, neither Carlos nor I had analyzed the dynamics of populations in the way this new project required - it was time to hit the literature. During the next several months we learned and mastered the techniques needed to quantify and compare population stability and applied them to over 100 species of North American birds. In the end, our foray into unfamiliar territory paid off and our analyses confirmed our predictions.

The mechanism behind the cognitive buffer hypothesis seemed to work. But as we began to prepare a manuscript for publication, something felt missing, incomplete. We were confident in our evidence that big brains help birds survive in variable environments, but we wanted to confirm that these environments actually drove their initial evolution. To complete this story, we needed to delve into evolutionary history and retrace the paths that led to an association between brain and environment. This truly was a chicken versus egg kind of question: did large brains evolve to deal with environmental variability or did they instead allow species to occupy variable environments that were previously uninhabitable? I found myself embarking on another trip down the methodological rabbit hole, quickly becoming submerged in the world of macroevolutionary analyses, Bayesian statistics, and high-performance computing clusters. After many additional months of computer-intensive and unavoidably slow analyses, we finally emerged with an answer. To our surprise, our results indicated that big brains did not generally evolve in response to environmental variability but rather enabled species that already had them to move into and persist thereafter in variable habitats.

While the challenges encountered in this project were difficult, and at times frustrating, all of us involved were fueled by a genuine curiosity about the rise of big brains and by a willingness to challenge our own beliefs in search of a better understanding of the eco-evolutionary processes that drove it. On a recent trip back home to Alaska, I watched ravens harass a Bald Eagle over supermarket parking lots and considered for a moment these birds in a new light. Instead of contemplating how their exceptional brains help them survive the intense conditions of the far North, I now tried to imagine how their ancestors used this trait to colonize new places and reach the diversity of habitats they occupy today. 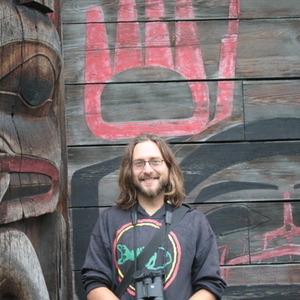