The paper in Nature is here: http://go.nature.com/2gHOjAA

In ecology, indirect effects are the effects of non-interacting species on the ecology, evolution, or behavioral patterns of other species. For instance, the arrival of a new species of hummingbird may impose novel selective pressures on a flowering plant. In turn, the evolution of the plant may lead to new selective pressures on other species in the community, such as another pollinator.

The role of indirect effects in ecological networks fascinated me since the beginning of my PhD in 2003. I remember my former co-supervisor Marcus Aguiar (Campinas, Brazil) explaining to me and to my supervisor Sergio Reis (also from Campinas, Brazil) that there are infinite pathways connecting species in a network. My co-supervisors Jordi Bascompte and Pedro Jordano, both at that time in Seville, Spain, also pointed out the importance of indirect pathways within networks for cascading effects that, in turn, may affect the ecology and evolution of species-rich interactions.

At this point, my friends Jordi and Mathias Pires joined John, Pedro, and I on the project. We had multiple discussions about the development of the approach we used to compute the indirect effects. We had many, many Skype meetings and wonderful chats at Santa Cruz, CA or at the Atlantic Rainforest, in Brazil – literally discussing our study in-between species-rich networks formed by tropical palms and trees, toucans, tanagers, jacutingas, and fruitcrows.

At some point, our group realized that if the cascading effects die off with the length of the pathway it was possible, under some assumptions, to compute the asymptotic value for the sum of all infinite pathways connecting all species in the network. More importantly, we discovered that the matrix that describes the sum of all effects of all direct and indirect pathways connecting species represents the reorganization of the adaptive landscape promoted by species interactions.

However, mutualisms vary in their network patterns, from small, highly modular networks formed by host plants and ants to species-rich, asymmetrical, highly nested networks formed by fruiting plants and fruit-eating vertebrates. We then asked: how does the relevance of indirect effects vary with the structure of the network? We found that indirect effects are particularly relevant for species-rich mutualisms that involve multiple partners such as seed dispersal by vertebrates and pollination by animals.

Our results predict that mutualisms among multiple partners should show high levels of integration due to indirect effects. This evolutionary integration may explain the emergence of convergence in traits that characterize multiple mutualisms, as illustrated by the chemical composition and color of fruits, the shape of flowers, the color patterns and behavior of cleaning fishes, and warning signals of unpalatable species. However, our numerical simulations also suggest that this high level of integration produced by indirect effects may promote weak but long-lasting cascading effects in mutualistic networks. As a consequence, under scenarios of rapid environmental change, the integration produced by indirect effects, which may have contributed to the evolution of the most beautiful ornaments of life, may also imperil the rapid evolutionary response of interacting species. 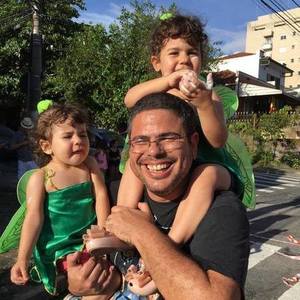