Whole-genome sequencing provides unprecedented resolution in measuring inbreeding in natural populations of conservation concern. Following functional extinction in the 1960’s, a single pair of wolves recolonized the Scandinavian peninsula in the 1980’s. We sequenced the genomes of 97 individuals to document in detail the genomic consequences of inbreeding in the population.

The paper in Nature Ecology & Evolution is here: http://go.nature.com/2iDrFab

Whole-genome sequencing provides unprecedented resolution in measuring inbreeding in natural populations of conservation concern. Following functional extinction in the 1960’s, a single pair of wolves recolonized the Scandinavian peninsula in the 1980’s. We sequenced the genomes of 97 individuals to document in detail the genomic consequences of inbreeding in the population.

Gray wolves (Canis lupus) were eliminated from much of their historic range across the Northern hemisphere by the mid 20th century by hunting and trapping. Wolves became functionally extinct on the Scandinavian Peninsula in the mid 1960s. Following legal protection in Sweden (1966) and Norway (1972), a single breeding pair arrived in Sweden in the early 1980s, marking the beginning of a recovery of wolves on the Peninsula. However, small population size and the arrival of only a handful of additional reproductively successful immigrants since recolonization meant that inbreeding (mating between relatives) has been frequent in the population.

Intensive monitoring of the population resulted in a complete pedigree, and molecular genetic marker (microsatellite) data reaching back to the founding of the population. These data have yielded invaluable insights into inbreeding, alleviation of inbreeding depression via immigration (i.e., genetic rescue), and many other questions relevant to Scandinavian wolf ecology, behavior, and, management.

While pedigrees and genetic markers have been the mainstay of inbreeding depression studies for decades, they provide a limited picture of inbreeding. Pedigrees underestimate inbreeding when common ancestors of parents are unaccounted for. Additionally, randomness in the mechanisms of genomic inheritance (Mendelian segregation and recombination) can cause pedigree estimates of inbreeding to vary substantially from realized genomic inbreeding.

Genetic marker-based measures of inbreeding have the advantage of directly measuring genomic variation and are thus unhindered by the stochastic nature of genomic inheritance. However, markers sample only a tiny fraction of the genome, which means they can also be highly imprecise. Geneticists have recently been quite interested in just how much of the genome must be characterized to reliably measure individual inbreeding, and in how useful pedigrees really are in studies of inbreeding and inbreeding depression.

The historical lack of large-scale genomic data has left fundamental questions related to inbreeding essentially unanswered in many study systems. For example, what genomic regions contribute to inbreeding depression? How inbred are population founders and immigrants? Just how much of the genome needs to be characterized to reliably measure individual inbreeding?

We developed a collaboration among geneticists and ecologists from across Scandinavia to address some of these questions. Our main objectives were to 1) comprehensively measure inbreeding in the population using genome resequencing (genome sequence data aligned to the dog reference genome); and 2) determine how reliably genomic inbreeding is measured with the pedigree versus smaller numbers of loci across the genome.

The wolf genomes revealed clear molecular signatures of inbreeding in the form of numerous long ‘runs of homozygosity’ (ROH). This was most striking in several very highly inbred individuals, where whole chromosomes were often completely homozygous. Observing such extreme signatures of inbreeding in genome sequences demonstrates the power of modern genomics to enhance our understanding of inbreeding and genetic variation in natural populations to an extent that has only recently become possible.

We also showed that as few as 500 genetic markers (single nucleotide polymorphisms) more precisely estimated realized genomic inbreeding than the pedigree did. This is good news because as it shows empirically that only a modest number of genetic markers, which are inexpensive and do not require a reference genome, are needed to reliably measure individual inbreeding and inbreeding depression in populations where inbreeding has high variance. Previous studies have used simulations to evaluate the precision of pedigree- and marker-based measures of inbreeding. But empirical comparisons of the precision of markers and pedigrees at estimating inbreeding measured from the entire genome in natural populations has been lacking. 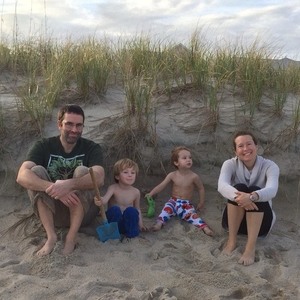 Thanks very much, Gidon!