The paper in Nature is here: http://go.nature.com/2j45nOX

Leigh Van Valen once thought that species should age: the longer a species has been around, the more likely it should be to go extinct. He tried to test this on fossil data and found to his surprise that they don’t seem to do so – old and young species with similar ways of life (inhabiting the same adaptive zone) have about the same probability to go extinct at any point in time. This is roughly similar to the decay of radioactive nuclei and means that adaptive zones (or in practice the biological groupings that reflect them, such as families and orders) have characteristic half-lives, just as radioactive elements do.

A later key finding in the fossil record, not yet known to Van Valen, is the so-called Hat Pattern: over time, species and genera typically begin as rare, expand to become more common and widespread, and then contract and go extinct. In most cases there is only a single peak of expansion; more than three peaks is quite rare. The Hat Pattern seems to suggest that species and genera past their peak become more likely to go extinct as they age and decline towards extinction, in apparent contradiction to the Law of Constant Extinction.

The Red Queen’s Hypothesis, formulated by Leigh Van Valen in 1973 to explain these patterns, isn’t actually a hypothesis but a metaphor, similar in kind as well as in meaning to the metaphor of Nature as ten thousand sharp, sliding wedges that Darwin included in the first edition of the Origin. When one wedge is hammered deep, all other wedges are collectively pushed out to compensate. This metaphor corresponds to what Van Valen, in the Red Queen’s Hypothesis, referred to as everlasting “decay of the effective environment” for homogeneous groups of species. It also corresponds to the most commonly held interpretation of the Red Queen’s Hypothesis to date, and it has no place for the empirical pattern also derived from the fossil record: the regular waxing and waning of species in peaked (hat-like) patterns of occupancy or abundance.

Imagine the world as a giant travellator perversely moving backwards, against the direction of travel. The species run on the travellator and just as in the Red Queen’s world, in Alice Through the Looking Glass, it takes all the running they can do, to keep in the same place. At some point, when a species can’t run anymore, it falls down and the movement of the travellator carries it back and drops it off. This can happen at any point in species age, and the dropout rate is stochastically constant; species keep dropping off and new ones keep entering all the time.

Running as fast as you can in order to stay in the same pace is a metaphor for survival, but survival is neither a very ambitious nor a very competitive goal. If we look at economies or empires, expansion is the healthy state of affairs, while stagnation signals trouble. In his later work on the Red Queen, Van Valen re-focussed his reasoning on expansion, to include also the rise of species and not just their fall. By shifting the perspective on the Red Queen’s Hypothesis on expansion, our new study not only makes it compatible with hat-like patterns, but also helps to better understand both the hat-like patterns and the hypothesis itself.

Now the new species, entering the travellator, have to run faster than the band, as the Red Queen has suggested in a follow-up sentence usually ignored: "Now, here, you see, it takes all the running you can do, to keep in the same place. If you want to get somewhere else, you must run at least twice as fast as that!" In our interpretation, species accordingly run in two modes – either faster than the rest, when they make progress, or slower than the rest, when they are carried backwards and eventually dropped off it. This switch occurs at the point where the competitive ability of the species starts to fail, allowing the law of constant extinction to hold. At the same time, the perspective of expansion makes hat-like patterns possible. If we plot the position of a species on the travellator over time, this would metaphorically correspond to recorded occupancy trajectories.  Species expand until they peak, but sooner or later they begin to falter and fail. In Van Valen’s words, “no species can ever win, and new adversaries grinningly replace the losers”.

Even if a species lives very long and is a very strong runner, episodes of tight competition and unfavourable environments will occur. The older the species gets, the more of such events it has survived. Eventually, even if it is just a matter of bad luck or an unfavourable combination of circumstances, one of such events is likely to eventually knock the species out.

So do species age? Yes and no. Yes in the statistical sense just described, but not in any sense analogous to the decline of aging individuals. The aging of a species is in its effective environment, including all its competitors, not in itself.

The new study is available here:

There is also some information from behind the scenes:

“New In­ter­pret­a­tion of the Red Queen’s Hy­po­thesis: it's about ex­pan­sion”. 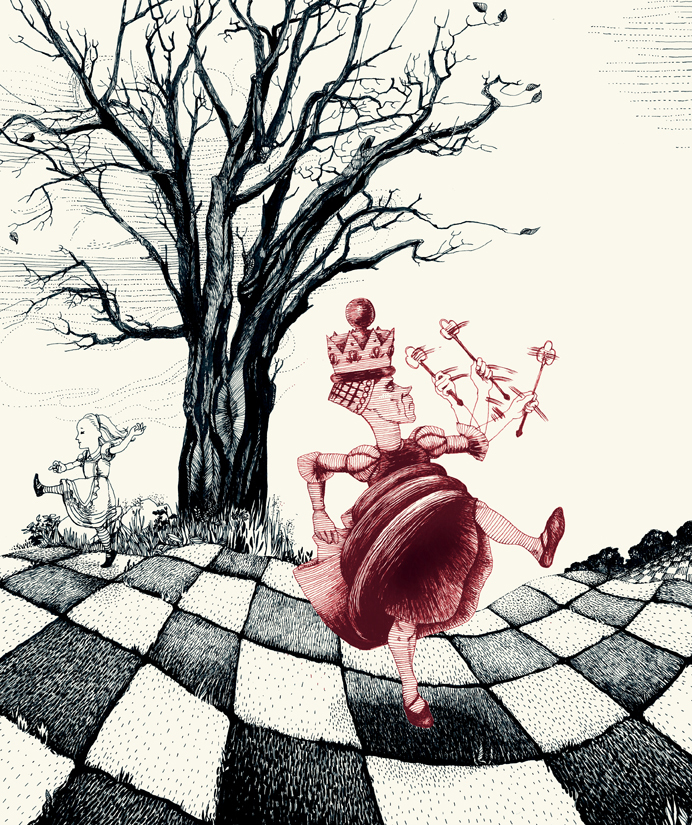