Our Nature Ecology and Evolution paper is here: http://go.nature.com/2zQEULp

My collaboration with the Nutrient Network (NutNet) started when I was a PhD student in Andy Hector’s lab at the University of Zurich in Switzerland. In 2007, Andy forwarded me an invitation to join a new distributed experiment and asked ‘Do you want to participate?’ After reading the invitation letter from the founders of this new project (including Elizabeth Borer and Eric Seabloom at University of Minnesota, USA), there was no doubt that I wanted to be part of what I recognized would be an amazing opportunity to collaborate with renowned scientists around the world and tackle important ecological issues at an unprecedented scale. I recognized the potential of an experiment that used standardized data collected from grasslands worldwide to gain a general understanding of ecological principles and mechanisms at a global scale.

It took Andy and me one year to find a suitable site for the project, which was eventually established in Fruebuel, in the Swiss Alps situated at 1000 m elevation and overlooking the Rigi Mountain (Figure 1). Ten years after NutNet started, the network includes more than 100 sites and more than 120 collaborators around the world. My research with NutNet has spanned my entire academic career from graduate student to postdoc to my current faculty position at Utrecht University. During this time, I have had many opportunities to join the yearly meetings held at the University of Minnesota and to develop fruitful collaborations but also friendship with many of the members of the NutNet community.

My work focus on the causes and consequences of changes in plant diversity. Current rates of loss of biodiversity are 100 to 1000 times faster than the natural extinction rate. In order to understand the impact of these changes on our ecosystems, during the last two decades, scientists have set up hundreds of experiments directly manipulating the diversity of many organisms. This work in experimentally assembled communities has led to the consensus that the loss of biodiversity threatens the functioning of our ecosystems and the stable provision of ecological services (Cardinale et al. 2012). However, we still know little about the importance of these effects in natural and semi-natural ecosystems, especially those in which species diversity is threatened by anthropogenic global change. The NutNet offers a unique opportunity to assess the contribution of plant diversity to the functioning and stability of real-world grasslands relative to other biotic and abiotic drivers.

As a first step, I tackled an idea that had been hotly debated for more than 50 years: the idea that plant species diversity can increase the stability of ecosystem functions in changing environments. Using NutNet data, we showed for the first time that real-world grasslands have more stable biomass production through time because different species promote biomass production at different times (species asynchrony). Furthermore, we also found that fertilization dramatically weakens the stabilizing effect of diversity by reducing this asynchrony (Hautier et al. 2014).

In the work published in this issue of NEE, we deepen our understanding by assessing whether the positive biodiversity-ecosystem functioning relationship could be up-scaled in space and for a greater number of functions. In other words, we assessed whether the positive effect of plant diversity on productivity that we observe at small spatial scale (local scale, 1 m2) also applies when we look at multiple functions simultaneously (e.g. productivity, resource capture and soil carbon storage) and at larger spatial scale (landscape scale, >320 m2). We found that grassland ecosystems function better when diversity is high at both the local and landscape scales. Furthermore, these two scales of diversity interact so that ecosystems function best when diversity is high at both scales simultaneously. One of the reasons for this interaction is that different species contribute to different functions and at different places in the local communities. This is probably due to a greater range of ecological traits that complement one another when diversity is high both locally and across the landscape.

There is now intense debate as to whether biological diversity is declining locally, but there is consensus that biodiversity is becoming homogenized across space (McKinney and Lockwood 1999, Vellend et al. 2013, Dornelas et al. 2014, Newbold et al. 2015). Our results go beyond the current debate about local loss of diversity by showing that whether or not we lose species locally, spatial homogenization of diversity reduces grassland functioning. Our study thus supports the precautionary principle that every species should be conserved as they might provide ecosystem services across the landscape. 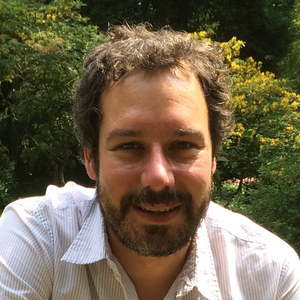