'Disgust' helps warning signals evolve – as long as others are watching.

If predators must eat prey to learn warning signals, how can this successful defence ever evolve? Social transmission provides an answer.
Rose Thorogood
Research fellow, University of Cambridge
Follow
Like Liked by Ben Johnson and 2 others
5

The paper in Nature Ecology & Evolution is here: http://go.nature.com/2CAFrC3

If you’ve attended a talk or lecture on warning signals, then you’ve probably seen the photo that inspired this paper – a blue jay is tricked into eating a toxic monarch butterfly, with disastrous consequences for both the butterfly and the bird.  My first thought when seeing this picture was: yuck!

The image is a powerful lesson why predators avoid prey with warning signals: they associate the signal with the unprofitability of the prey. But there in lies the problem – this defence only works if predators recognise the signal.  If every predator needs to eat the prey to learn, how do any new warning signals that arise survive and outcompete alternatives?

If I were another blue jay, I would be pretty deterred from trying to eat a monarch myself.  Seeing this image led me to ask: Could watching the unfortunate consequences of another predator learning increase avoidance by others?  If it did, this might be an important piece of the puzzle to resolve how warning signals evolve – fewer prey would need to be eaten for all predators to learn.

A coffee with a visiting professor to my department, Johanna Mappes (University of Jyväskylä, Finland), provided the opportunity to test my hypothesis.  She thought it was unlikely, but worth a shot – although social information is well-known to influence where and what animals should eat, there are fewer studies demonstrating that it can influence avoidance learning.

After securing funding through a NERC (Natural Environment Research Council UK) research fellowship, I travelled to Finland to spend a winter in the darkness.  Literally.  Not only are the hours of daylight extremely short at that latitude, but our experiments relied on my assistants and I sitting in the dark to observe the birds through one-way glass.

To recreate the initial appearance of a mutant warning signal, we used the ‘novel world’.  Johanna designed and has fine-tuned the protocol over many years at the Konnevesi Research Station: the subzero temperatures make it simple to catch wild great tits in feeding traps, and the birds even put on weight while in captivity for our experiments thanks to the expert care of the technician!

The ‘Novel World’ room – wild great tits forage for paper packages containing almonds, half of which are unpalatable and marked with a conspicuous square symbol (the novel warning signal).  The others are palatable but 4 x harder to find (they share the cross symbol with the background).  Half of the birds were first presented with a video to show that squares were disgusting (‘socially-informed’ predators) while others only saw a video of the prey (‘naïve’ control predators).  Clipart of great tit in public domain (Pesasa / Openclipart.org).

The next step was to figure out how we could manipulate social information and have control over what observers were seeing.  A conversation in the corridor back at Cambridge helped solve the problem - Neetlje Boogert (now at the University of Exeter) suggested I consider video playback.  With that, we were ready to start our experiment to test if social information can reduce the cost of conspicuousness for novel aposematic prey.

A great tit gathers social information about the novel ‘square’ warning signal in our experiment by watching a video of a ‘disgust’ response. (Photo credits: Rose Thorogood)

We found that birds with social information were much more likely to avoid the conspicuous prey than naïve control birds, even across two more days of tests without additional video playback.  This meant that the birds were gathering social information about the warning signal from observing one disgusting experience, and that the loss of one prey in the population reduced predation overall.  It looked like this might be enough to help new aposematic prey types to spread, but we needed more evidence to be confident.

Again Finland made this possible – Johanna was a director of a Centre of Excellence in Biological Interactions (funded by the Academy of Finland) with Hanna Kokko (University of Zürich). Luckily for us, Hanna was also intrigued by our idea and offered to explore the problem mathematically.  Her work supported our conclusions from the experiment: aposematic prey have a hard time evolving unless predators learn by observing the foraging mistakes of others.

Like many birds, great tits show distaste by wiping their beak and shaking their head - is this one reason why our “disgust” expression also evolved? I’ve used this trick to teach my daughter what should be avoided, although it’s hard to know if this is a case of nature, or being nurtured by my work!

'Disgust' or expressive reactions to distasteful substances appears to be universal.  In humans, it is thought to have evolved primarily to protect us from pathogens - but it might also have co-evolutionary consequences. Figure 21 from Charles Darwin's The Expression of the Emotions in Man and Animals.

There have been many other hypotheses proposed for explaining how warning signals evolve, from spatial distributions of prey to evolved biases against novel foods.  Experiments, however, have usually produced ambiguous results. Our study shows that there is another component to this story that may well end up bringing the puzzle pieces together.  Considering the social environment of the predators is helping make something paradoxical, possible.

Juvenile great tits waiting to be fed – are they also learning what not to eat? (Photo credit: Per Tillmann / Fotolia)

This is very nice: simple and logical.  The next important step in my mind is to find out if it explains something that animals actually do.  That is, the lab experiment shows that great tits can do this kind of social learning in the lab and I have no reason to doubt Kokko's calculation that it could greatly boost the likelihood of the trait's spreading (all that is essential and exciting), but these are proof-of-concept steps that may or may not turn out to be how great tits, much less other taxa, operate in nature.  Any plans to extend the work to field conditions?

Thanks Doug!  You read our minds; my PhD student Liisa Hamalainen is doing a field experiment in the new year to test if we can detect patterns of social transmission in a community of wild blue and great tits.  It will be interesting to see how the additional noise affects the results we've reported here.

As a self-appointed skeptic and contrarian, I am delighted to hear that Liisa et al. are moving forward on asking the passerines what they think, rather than settling for what we think they should do.  I'm working on a book project addressing why the U.S. public has been so denialist over evolution (hint: it's complicated but has a lot to do with religious confirmation-bias mixed with the bad timing of our Civil War coming just as Darwin's book came out) and it's reminding me once again of how behavioral ecology empricists (like me) tend to err on the side of theory-worship, rather than testing.

Interesting! I definitely agree on that - the captive experiments we did here helped address the question, but the field component is an essential part.  There's a growing trend in behavioural ecology to conduct experiments predominantly in the lab, but I think we need to be careful that we don't forget the strength of field work.  We need both to test the theories we worship!

My final comment in this string will simply be to encourage Liisa and others to specify falsification criteria when ginning up predictions.  I realize that hard-falsificationism can be counterproductive, but Behavioral Ecology has been erring (in my view) too far over on the side of just looking for a few scraps of evidence that look 'consistent with' the theory-du-jour.  Viscerally, this can be very tough when one (naturally) comes to adore a particular explanation -- in your Nature Ecology & Evolution blurb the hypothesis was easily dubbed as 'yours' -- but I've always found things most exciting when the data don't fit! 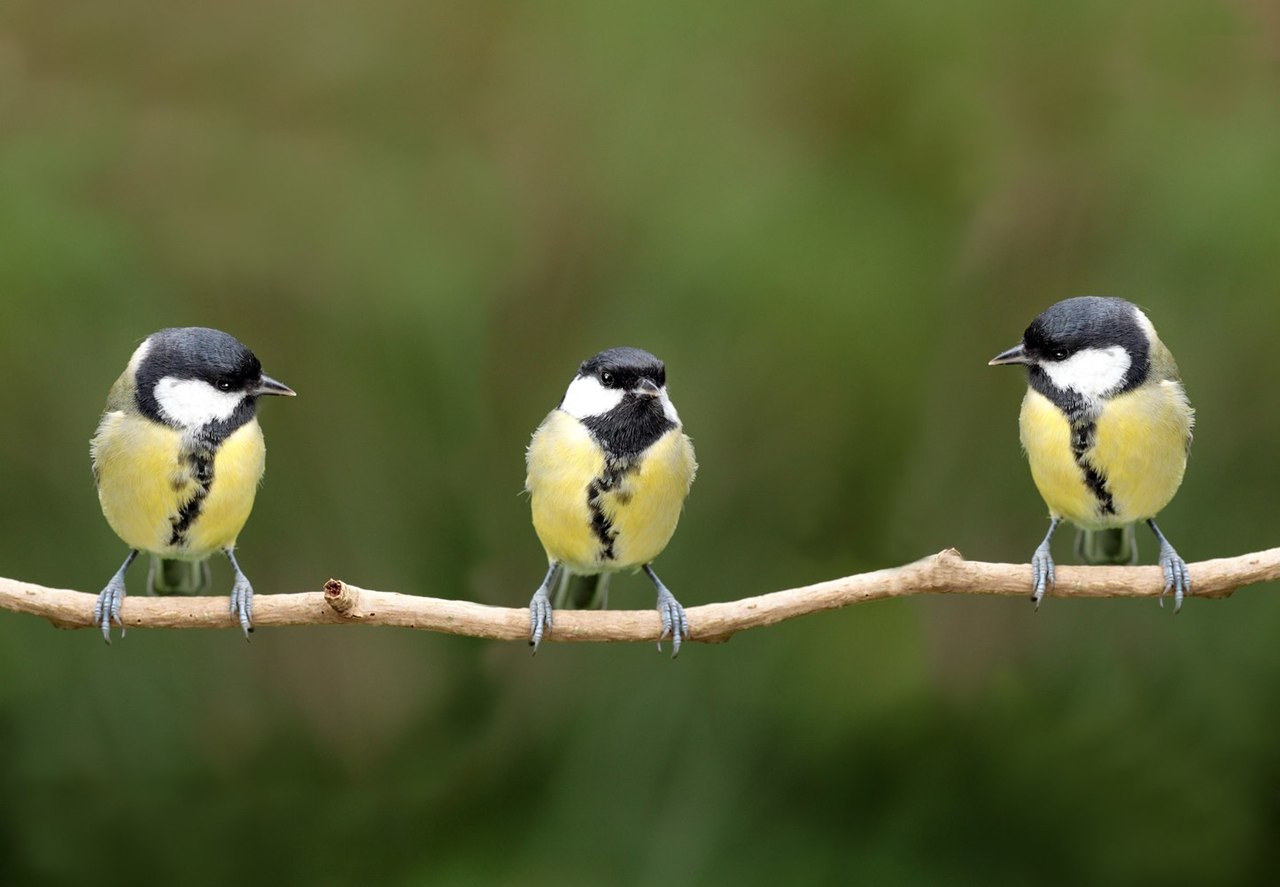 'Disgust' helps warning signals evolve – as long as others are watching.

If predators must eat prey to learn warning signals, how can this successful defence ever evolve? Social transmission provides an answer.