Why do some students reject the scientific consensus on evolution?

Evolution - like many other subjects - is considered to be contentious and not everyone accepts the scientific consensus. Usually this is put down to a clash of beliefs and evidence. Our in-school analysis suggests that, at least in the UK classroom, aptitude for science, rather than psychological conflicts, are much more important in understanding why some teenagers don't accept the scientific orthodoxy.

The paper in Nature Ecology & Evolution is here: http://go.nature.com/2m6PvvW

While for most of the time I am a normal jobbing evolutionary scientist, I am worried by the increasing trend of what you might call science denial or science rejection. As a scientist, I struggle to understand why anyone wouldn’t start from the premise that evidence and data is the ultimate arbiter.  However, also as a scientist, I see no good reason that the phenomenon of science denial should not itself be open to scientific enquiry.  If we can understand it we might be able to go some way to improve teaching and public engagement.  And note that if you get public engagement wrong, evidence from the vaccines debate suggests that you can make matters worse and further entrench science rejection attitudes.

I am not alone in the view that we should be able to understand science denial and there is now a quite rich literature on why some people do not accept the scientific consensus on topics such as evolution, climate change, stem cells, vaccines or the big bang.  What all of these topics have in common is that the scientific consensus can appear to be at odds with some strongly held prior beliefs.  The denial of the science is thus considered to commonly be owing to psychological conflicts: when belief and evidence clash, it is the belief that wins. Indeed, if you present Democrats in the US with evidence that the surge in Iraq worked (which they tend not to believe) they tend not to process the data well, just as Republicans tend not to process well data showing climate change is real.

But most of the research in this area is done using adults where possibly belief systems are well entrenched.  What about in the classroom?  If a clash of ideas prevents effective learning can we do something to improve matters?  Or perhaps beliefs aren’t well enough embedded to cause a psychological conflict?  We sought to address the problem of whether aptitude or conflicts explain variation in the acceptance of the scientific version of evolution in the classroom. In a 5 year project (the incredible legwork for which was done by the first author, Becky Mead) we tested over 1000 UK secondary school students between 14 and 16 years old.

We tested them on the acceptance of evolution before they were taught evolution.  In addition, before and after teaching we assessed their understanding of evolution.  As a control, we look also at the understanding of basic genetics before and after teaching.  Our premise was that if low initial scores in evolution acceptance were owing the psychological conflicts then the students might not do so well learning about evolution owing to the clash of ideas, but should be fine learning about basic genetics.  By contrast, if the initial rejection of evolution as an explanation was owing to less robust understanding of the accepted science owing to low aptitude, then the students should perform less well when taught evolution, but also when taught genetics.

All the data supported the latter, aptitude, model. Both the conflict model and aptitude model predict that low initial acceptance scores should correlate with the change in evolution understanding – and this is indeed the case.  But the same evolution rejecting students also scored poorly in understanding of evolution before teaching, in understanding of genetics before teaching and, perhaps most importantly, did worse in their ability to increase their genetics knowledge.  All this suggests that there are some students who don’t get science and they reject the science consensus as a consequence.

Confirming this aptitude issue we found that when the teachers independently assigned students into foundation or high ability classes, the students rejecting evolution sat predominantly in the foundation classes.

In sum, what has been described as a myth – the idea that non-acceptors don’t understand the science – turns out, at least in this context, to be anything but a myth.  Indeed, by comparing the response to genetics and the response to evolution teaching we attempt to calculate the relative role of psychological conflict and aptitude.  If conflict is important the correlation between acceptance of evolution and genetics improvement should be much weaker than that between evolution acceptance and improvement in evolution understanding.  If aptitude is the only predictor then the two correlations should be the same.  Our data suggest none of the variation in evolution acceptance scores is owing to psychological conflicts, the two correlations (after standardization) being identical.

What we have learnt as regards public understanding of science using adults seems then not to translate into the classroom.  This is to some extent goods news: if some students don’t understand evolution because of how we are teaching them the subject, we should be able to fix that (at least in principle).  But it also raises another question: why aren’t we seeing any evidence for psychological conflicts determining non-acceptance of evolution? Is this not rather surprising? Our qualitative follow up suggests a possible answer – namely that students that do perceive a potential conflict rationalise that they can both accept evolution as scientific truth and hold their religious beliefs.  By contrast, young atheists were more of the opinion that you had to choose one or the other.  This was based on a limited sample size and needs replication.  But it suggests a simple intervention, namely to reassure students who might perceive a conflict that religious authorities (e.g. the Pope) have no issue with the science of evolution. Indeed, anecdotally some students told us that this put their minds at rest.  I’d love to do a randomized control trial to see if this trivial intervention works.  What we do already know, from our prior analysis of the same data, is that to improve evolution understanding you need to teach genetics before you teach evolution.  This is simple to implement.

Our biggest concern for our analysis is that we may just be describing the situation in the relatively secular UK setting.  In the US classroom, the world could be very different, not least because people tend to adopt the beliefs of the folks around them.  This could make for a group-think science rejection mentality.  We would very much welcome efforts to repeat our study in other countries.

The study was funded by Dr Jonathan Milner and the Evolution Education Trust. 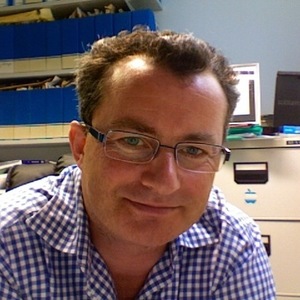 Director of Milner Centre for Evolution, University of Bath