Turning up the heat on sperm ecology

Sperm performance isn’t all about genetics and competition. We look at how high temperatures impacts the quality of sperm, and suggest how it could impact fertility.
Laura L Hurley
Postdoctoral Researcher, Macquarie University
Follow
Like Liked by Patrick Goymer and 2 others
0

I have worked for a number of years investigating what regulates reproduction in birds, from the brain to the other brain of the testes. I initially worked with birds from the northern hemisphere where breeding works a bit like an old school light timer on a yearly schedule – with an on and off setting that is roughly set to a given time of year with little ability to adjust timing. Also, once the light is off you can’t just turn the light back on again. I then moved to work on birds in Australia, where timing of breeding in many species appears to work more like a dimmer switch, able to turn up or down depending on conditions.

The study presented in our paper, was the last of my PhD work looking at how reproductive context – environmental and social – impacts sperm traits and success at reaching the egg and/or producing offspring. In my postgraduate work I have had a keen interest in trying to understand what limits a bird’s timing and ability to successfully reproduce in diverse environments (i.e. what turns the dimmer switch up or down). For part of this work I looked at changes in reproductive physiology of wild zebra finches across a year. This particular study was inspired by what I was seeing in sperm samples taken in late Austral spring and early summer 2015. That year the heat was slow to build, but there were several short 3-day heat waves from mid-November to late-December. In a number of samples I took over those days I saw a perceivable decline in the number of sperm swimming. This was anecdotal as I had yet to run the samples through computer analysis, but it appeared to clearly happen across each heat event.

You can see for yourself how there was a seemingly observable change in the speed of sperm swimming and evidence of non-swimming or damaged sperm in the samples as the heat wave progressed:

In discussing this work with my advisors: Simon Griffith (Macquarie University) and Melissah Rowe (University of Oslo), we thought it would be worth trying to replicate what I saw in the field in captivity to see if we could tease apart what was going on. We decided to extend the heat exposure to 2 weeks – which is the approximate length of time it take a finch sperm to fully develop – sampling every 3-4 days to evaluate any long term changes. Yes, in the wild the heatwaves were shorter, but I’m also interested in if a prolonged heat event’s impact on sperm is part of what leads zebra finches to stop breeding during summer. Heatwaves in the wild can last that long – for example as I’m writing this we are over a week into +40°C at our field site – with more to come - we might just have a break coming the end of next week, maybe!

The timing to get this project going and turned around was right, as Callum McDiarmid had just joined us as a volunteer, and connected us with Christopher Friesen (University of Sydney) to help us process the videos of the samples we collected.  We didn’t see as sudden of an observable change in the sperm as we saw in the wild, but persisted. Looking closer for damage to sperm, it was evident this was happening quickly and accumulating over time.

Why the difference between the wild and domestic birds? We are still investigating this, but I’d speculate there could be several factors involved. The most important of which is probably water. In our climate controlled rooms the humidity is higher than that in the wild, and the birds have free access to water to drink anytime they wanted. The birds will literally sit on the water bottle spout when in the 40°C rooms, and drink constantly. This potentially helps keep them cool, but the key thing is they don’t have to expend energy to find water like wild birds do.

After a dry year and hot summer zebra finches jostle for space at a watering station. Video by LLHurley.

This work has leaded a bunch of new questions we are now investigating, but going back to my original interests the key question is how does this impact reproduction? Does it lead to a decrease in fertility or just turn the dimmer switch down and put an end to the breeding until things cool off? Does the overall impact depend on when in the season it occurs and the length of the heatwave? Given the zebra finch is adapted to deal with high temperatures, what increase in temperatures might impact sperm function in more temperate species? Does this mean that increased global temperatures and occurrence and intensity of heatwaves will limit breeding success of birds? I can’t wait to find out!

Acknowledgements: This work was supported by Australian Research Commission grant (DP130100417) to Simon Griffith. Melissah Rowe was funded by a Young Research Talent grant from the Research Council of Norway (230434/F20). I also want to extend my thanks to my co-authors: Christopher for helping us get the videos analysed, inspiring Callum, and being a great cheerleader; Callum for his tireless enthusiasm, work ethic, and inspired ideas; as well as Melissah and Simon for their hard work in getting this paper across the line despite time, space, and life complications. 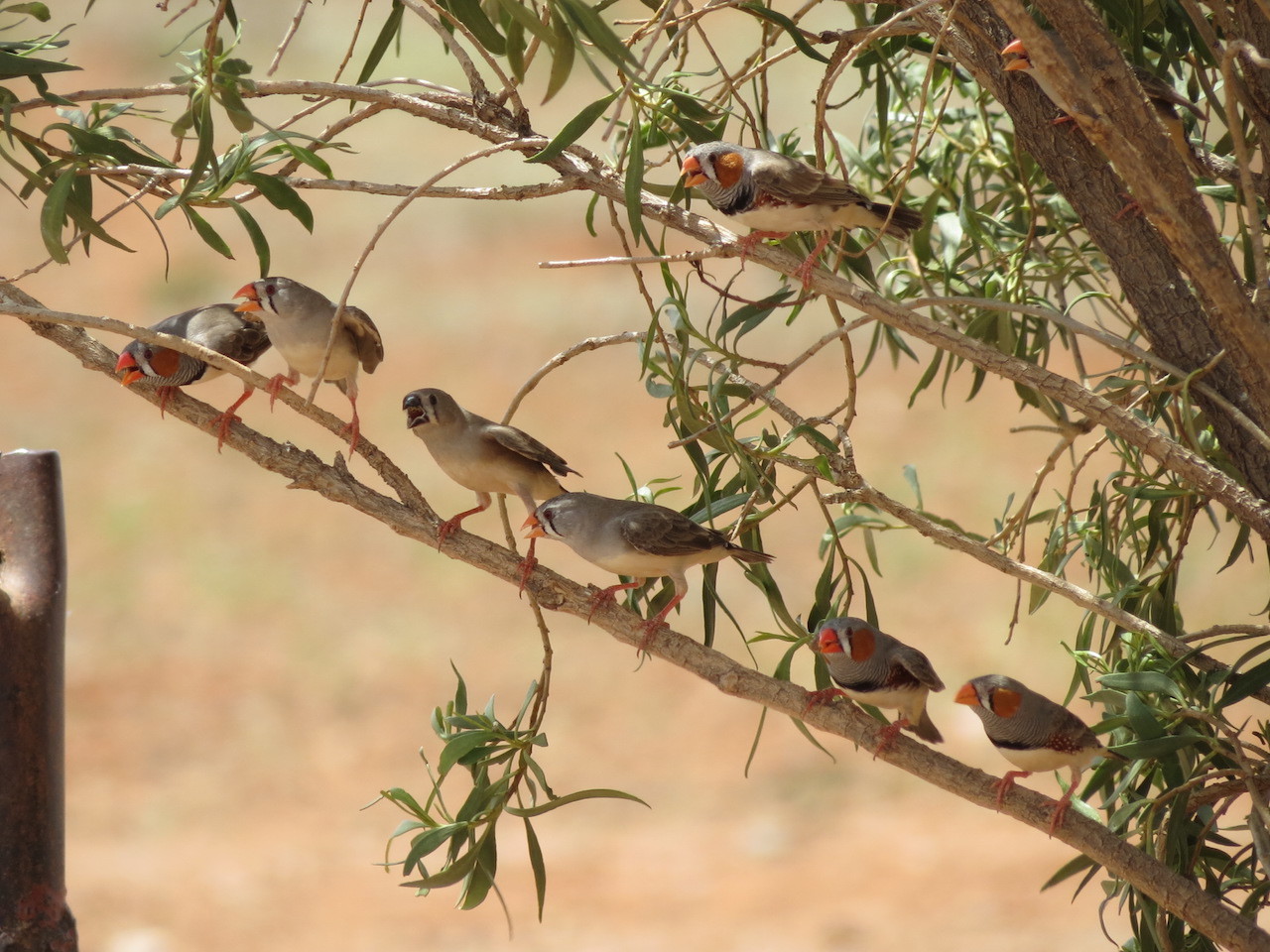 Turning up the heat on sperm ecology

Sperm performance isn’t all about genetics and competition. We look at how high temperatures impacts the quality of sperm, and suggest how it could impact fertility.