The evolution of sleep loss

Sleep duration varies dramatically throughout the animal kingdom, and even between individuals of the same species. We sought to identify how these differences evolve using a unique model for studying the evolution of complex traits. We recently identified elevated levels of Orexin/Hypocretin as contributing to the evolution of sleep loss in Mexican cavefish.

The paper in eLife is here: https://elifesciences.org/articles/32637

Some animals like elephants only require a few hours of sleep per day, while others, such as armadillos, sleep through most of the day. It has long been presumed that ecological and evolutionary history are largely responsible for these differences, but identifying the genetic differences has been difficult.

Our lab has been using the Mexican cavefish to investigate the how evolution and ecological history shapes sleep.  The work began almost ten years ago when I was a postdoctoral fellow at New York University studying genetic regulation of sleep in flies,  Erik Duboue was a graduate student in the lab of Richard Borowsky, an experienced cavefish biologist.  Erik had returned from his first trip to the caves in Northeast Mexico.  He had noted, as had long been described in the literature, the caves appeared to be sparse in nutrients, and was eager to understand how this impacted their behavior.  Together, we sought to measure sleep in cavefish, and surface fish counterparts that inhabit rivers surrounding the cave.  Despite having automated tracking software, our excitement kept us  up all night drinking coffee while watching the fish.  The phenotype was remarkably robust, with cavefish sleeping approximately 80% less than surface fish. Like most scientists who regularly see their best ideas disproven by experiments we were both surprised and elated by these findings.  We discussed the implications of these findings over an early morning breakfast at the Waverly Diner off of Washington Square Park, and we realized that we could develop cavefish as a model for understanding the evolution of sleep loss.

In 2015, James Jaggard joined the laboratory as a graduate student.  As an undergraduate, he had double majored in music and neuroscience.  Though he had little experience in a laboratory, he was undeterred by the challenge of addressing the neuronal mechanisms underlying sleep loss using a non-model organism.  I suggested looking into the literature describing a wake-promoting role for the neuropeptide Orexin/Hypocretin (HCRT).  Loss of this gene, or its receptor results in increased sleep, and mutations in the hypocretin gene are responsible for narcolepsy in humans. Because cavefish are awake significantly more than surface conspecifics, James proposed that HCRT may be expressed at higher levels in cavefish. We were again surprised, but still skeptical, when James returned with qPCR data revealing a dramatic upregulation of hcrt mRNA transcript in cavefish compared to surface fish.  He then confirmed that HCRT was expressed in higher level in using immunohistochemistry.  This still left open the question of whether enhanced HCRT contributed to sleep loss in cavefish.  To address this question, James treated cavefish with pharmacological inhibitors of HCRT signaling, including the novel FDA-approved sleep drug Suvorexant, and found it restored sleep in cavefish. He then validated these results, applying genetic technology developed in zebrafish to genetically silence HCRT neurons in cavefish.  These independent lines of investigation strongly suggest cavefish have evolved with elevated levels of HCRT, and this contributes to sleep loss.

There are many outstanding questions we are eager to address.  A paper co-published with ours by Sylvie Retaux’s group revealed developmental differences in the cavefish hypothalamus results in an increased number of HCRT neurons.  We would like to know if these anatomical and neural circuit differences extend to broader brain regions.  In addition, we only investigated HCRT in one population of cavefish, but there are 29 different cavefish populations and many of them exhibit sleep loss.  It is possible that sleep loss evolved through both HCRT-dependent and independent mechanisms.

The biggest take away from this work is the importance of long-term collaborations and allowing talented trainees to pursue ideas that may seem unlikely. The long-term project of developing cavefish as a model to study the evolution of sleep started with a conversation in New York City 10 years ago. The identification of HCRT as a causal mechanism started with the idea of graduate student in their first months of research. 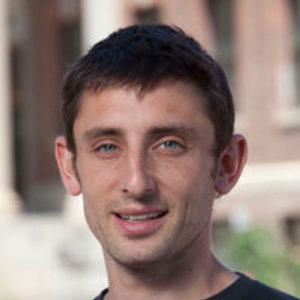