Data suggest that people are at greater risk for cancer in colder countries and in extreme highland regions. Analysis of 247 GWAS studies found evidence that this happened through natural selection.

The paper in Molecular Biology and Evolution can be found at https://doi.org/10.1093/molbev/msx305

The starting point of this work is the fact that extreme cold can cause our cells to die, since this is a very stressful environment. Thinking this way, I hypothesized that people living in freezing countries may have genetic mutations to prevent cell death and make their cells more resistant. If this is true, that happened of course through natural selection. On the other hand, cell resistance can mean cancer! Indeed, I found strong bibliographic evidence that Inuit, Eskimos and Alaska Indians have the highest cancer rates today. Additionally, analysis of global cancer rates found 186 human populations that had cancer rates mirroring their average annual temperatures. The colder the country, the higher the cancer rates (for most frequent cancer types). That shows that this effect may be global and does not apply only in particular human populations.

Here, I would like to remind to readers an evolutionary hypothesis, "antagonisitic pleiotropy" by George Williams (1957), one of the most famous evolutionary biologists of the past century. This hypothesis supports that genetic variants being beneficial for survival in young ages, may be deleterious later on life. Today, thanks to the great advances of molecular genetics, this hypothesis can be tested and strong supporting evidence has already came out. I don't mean only my own work. Recently, a very interesting paper has been published in PLOS Genetics (https://doi.org/10.1371/journal.pgen.1006328), showing that genes predisposing for coronary artery disease contribute also to increased fertility. This may explain the high frequency of coronary artery disease today.

Concluding, a logical but risky hypothesis was finally proved to be true. That shows that geneticists and evolutionary biologists can take advantage on available big-data databases, in order to test novel hypotheses like this one. This is the first study that provides evidence that high cancer risk may be a result of evolutionary adaptation in certain environmental conditions. 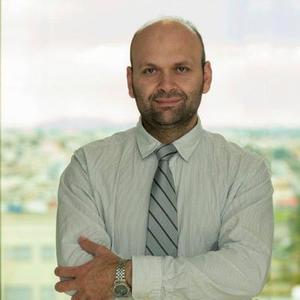 Annie Leymarie
over 3 years ago

Maps of worlwide cancer occurrence and consumption of meat have much overlap! See hartsbin.com/view/12730