What happens when populations with different linguistic, cultural and genetic histories meet? What traces do these past interactions leave in the archaeological, linguistic and genetic record? And does evidence from different lines of research point to the same historical population dynamics?
Heidi Colleran
Anthropologist, Independent Research Group Leader, Max Planck Institute for Evolutionary Anthropology
Follow
Like Liked by Patrick Goymer and 2 others
0

There is a puzzling mismatch in the population history of the Pacific: why do most people across Remote Oceania (the vast area stretching from Vanuatu to Easter Island-Rapa Nui) speak languages of the Austronesian language family that expanded into this region only 3,000 years ago, yet carry a component of genetic ancestry from a much older source population in Near Oceania (the area including New Guinea and its surrounding islands, see the top of Figure 1)?

We set out to answer this question, as part of a multidisciplinary team led by the Max Planck Institute for the Science of Human History (MPI-SHH), and this took us to Vanuatu, an archipelago of over 80 islands that sits just over the boundary between Near and Remote Oceania (top of Figure 1). With about 138 different languages, all part of the Oceanic sub-grouping of the Austronesian language family, Vanuatu is the per capita most linguistically diverse place on Earth.

What we know about the population history is that the very first inhabitants – arriving around 3,000 years ago – were Oceanic-speaking Austronesians associated with the Lapita pottery culture that had developed in the Bismarck Archipelago around 500 years earlier (middle of Figure 1).

Figure 1. Maps showing historical migrations in the area, including those newly revealed by the current study in the final map.

These were the descendants of the Neolithic farming groups who, beginning around 5,500 years ago, had expanded from present-day Taiwan into Island Southeast Asia and the islands of Near Oceania. Here they would have encountered indigenous Papuan peoples, who had occupied the region for 50,000 years or more (top of Figure 1), before eventually expanding east beyond the Solomon Islands and out into Remote Oceania. But the genetic prehistory of Remote Oceania – and Vanuatu in particular – is not straightforward. Where does the admixed ancestry we see today in Remote Oceania come from? Did Austronesians and Papuans intermarry in Near Oceania before the expansion east out into Remote Oceania? Did the Lapita people carry this admixed ancestry?

A few years ago, the first ancient DNA from Remote Oceania showed, surprisingly, that Lapita people in both Vanuatu and Tonga were genetically almost completely Austronesian-East Asian (Skoglund et al. 2016 Nature), with no obvious trace of Papuan ancestry. That means there must have been a subsequent expansion of Papuan people out into Remote Oceania, but when and how this happened was completely unknown.

Knowing that answering this question would require expertise from across a number of research fields, including ancient and modern DNA, linguistics, archaeology and anthropology, we put together a multidisciplinary team at the Max Planck Institute for the Science of Human History (MPI-SHH) in Jena, Germany. Together with an international team of Pacific archaeologists coordinated by Frédérique Valentin, Stuart Bedford, Hallie Buckley and Johannes Moser, our team members from the Department of Archaeogenetics (DAG) obtained petrous bones and teeth from a number of burial sites across Vanuatu, Tonga, French Polynesia and the Solomon Islands. Led by postdoctoral researcher Cosimo Posth, PhD student Kathrin Nägele and DAG Director Johannes Krause, the team generated genome-wide DNA data on 19 ancient individuals, including 12 from 3 different islands in Vanuatu (Figure 2). The ancient genetic data from Vanuatu spans the time from around 2,500 years ago up until 200 years ago. But equivalent data on present-day people in Vanuatu (known as ni-Vanuatu), that would allow a complete population time-transect, did not exist.

This was where our team members in the Department of Linguistic and Cultural Evolution (DLCE) could help, through a long-term fieldwork project on the Languages and Lifeways (http://www.shh.mpg.de/456217/vanuatu-languages-lifeways) of ni-Vanuatu communities, co-run by DLCE director Russell Gray and anthropologist Heidi Colleran. This project brings together linguists, anthropologists, geneticists, archaeologists, colleagues at the Vanuatu Cultural Center (VKS) and local communities, to understand the incredible linguistic and cultural diversity that has emerged in Vanuatu and how it is being maintained.

In 2016, during a series of feedback sessions with participating communities (Figure 3), the field team discussed the apparent conundrum of why many ni-Vanuatu share historical cultural traditions with populations in New Guinea – for example, the rearing of full-circle tusker pigs and the wearing of penis sheaths – despite their very different linguistic histories. When the team explained how genetic research could partially help resolve this question, 27 people from 5 different communities volunteered to anonymously donate a saliva sample to allow us to generate genome-wide DNA data.

Analyzing the ancient and modern genetic data together allowed us to show that the initial Lapita arrivals in Vanuatu were closely followed by secondary population migrations from the Bismarck Archipelago in Papua New Guinea. We found evidence of an almost complete replacement of Austronesian-East Asian genetic ancestry, but showed that rather than a single, large-scale event it was more a complex, incremental replacement by Papuan ancestry over a period of at least 1000 years. Indeed the contemporary genetic landscape of Vanuatu remains heavily Papuan, much more so than in other areas of Remote Oceania.

This slow, complex process of admixture and replacement provides a solution to the riddle of how the Austronesian languages were left intact: an Austronesian language could have been adopted as a lingua franca in the interaction networks that likely developed over this period between peoples from diverse backgrounds (Blust 2008 Oceanic Linguistics). DLCE team members Russell Gray and linguist Mary Walworth provided additional support for this hypothesis, by pointing to a number of rare linguistic features that are exclusively shared between Papuan languages of New Guinea and some Vanuatu languages. These provide evidence of language contact within Vanuatu itself between incoming Papuan languages, and the pre-existing Austronesian ones.

What does this mean for the people whose population history we have been privileged to study? It means that many contemporary ni-Vanuatu are more closely related – genetically – to other Melanesians in the Bismarck Archipelago than they are to the Lapita people who first settled Vanuatu 3,000 years ago, while still speaking Austronesian languages. Of course, that doesn’t say anything about how contemporary ni-Vanuatu should identify themselves and it is essential to remember that having a particular genetic or linguistic ancestry does not dictate how people should perceive or enact their lives. Over the coming month, we will be returning to the participating communities to share our results and to hear their thoughts on our current research. We will be sharing some of these experiences on this blog. 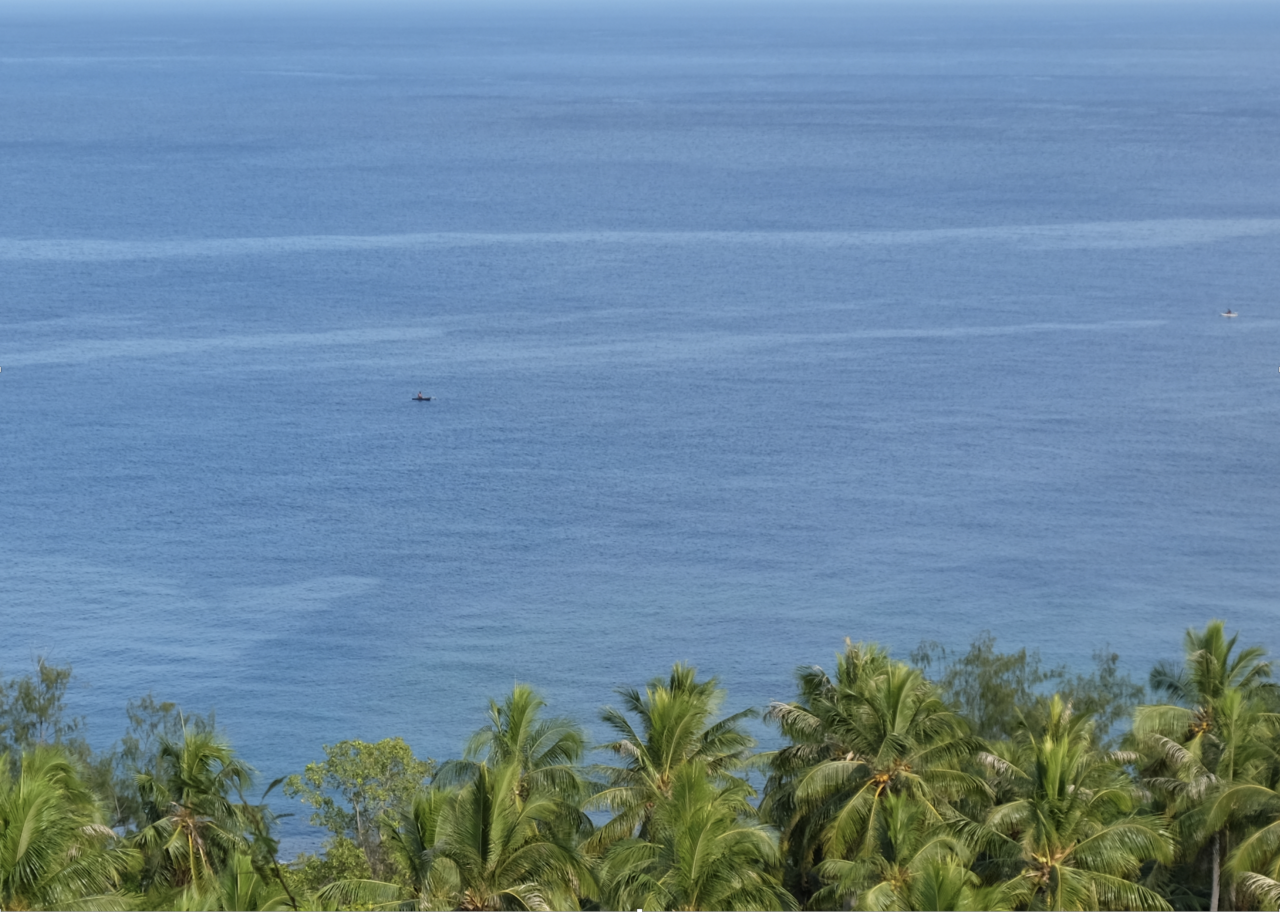 What happens when populations with different linguistic, cultural and genetic histories meet? What traces do these past interactions leave in the archaeological, linguistic and genetic record? And does evidence from different lines of research point to the same historical population dynamics?