The simple logic of cooperation

He lit a mule driver's cigar and lamented: “The only thing worse than bad health is a bad name.” Gabriel Garcia Marquez, Love in the Time of Cholera

The paper in Nature is here: http://go.nature.com/2DcIMqO

The story of our study, “Social norm complexity and past reputations in the evolution of cooperation”, now published in Nature, dates back from late 2013. Francisco and Jorge presented me the idea of relating past reputations with the evolution of cooperation in indirect reciprocity, as a suggestion to include in the PhD application I was preparing. I was reading about models of indirect reciprocity, social norms and cooperation and I couldn’t avoid a bittersweet feeling about the proposal: the plan seemed fascinating and original given the literature I was reviewing; the intended extension was conceptually simple to describe; yet, the colorful rings in the slides concealed tens of thousands of social norms begging for a long and tedious computational analysis.

Curiously, those conversations preceded a visit of Professor Yoh Iwasa to Lisbon and to the ATP Group. The works of Ohtsuki and Iwasa on indirect reciprocity and social norms were at the core of the models we were discussing. It was the perfect motivation to start formalizing, calculating and writing the largest piece of work possible, to have a sound basis to discuss new ideas. I was thrilled. Unfortunately, by the time Professor Iwasa arrived (and left), I was unable to finish the needed simulations. I missed the deadline and the opportunity. It was an exciting kick-off for the project, though.

The idea of indirect reciprocity is that cooperative acts can be rewarded by third parties: I help A and B helps me. It is fundamental that B knows that I helped A. Bystanders may spread this information, which is naturally conditional on the way they assess my gesture: will they evaluate cooperation positively? Probably yes. But is that independent of whom I helped? Should my action be encouraged, or condemned, if I help whoever has the reputation of not helping? One captivating aspect of indirect reciprocity is that it provides a mathematical basis for morality, allowing us to reason - mathematically - about the previous questions and their role in the evolution of cooperation.

The goal of considering previous reputations was precisely extending the set of interrogations one may pose. Should we judge those that refuse helping whoever is repeatedly bad (i.e., with a bad reputation both in the present and in the past) in the same manner as those that defect with someone that is bad now but was good in the past? We decided to analyze all possible norms that also consider past reputations. After months of computer programming, simulations and analysis, we could finally associate a cooperation level with each norm.

Now what? What puzzled me was that, when referring to the most cooperative norms, some were really easy to enunciate while others implied a lot of assertions about the meaning of being good. Something fundamental has to distinguish a norm stating that “If you cooperate you are good” from another postulating that “You are good if you cooperate with an enduring good, or if you are already good and cooperate with someone good now and bad in the past, or you are bad and defect against someone that is an enduring bad.” Arguably, the latter seems sufficiently complex to challenge an individual cognitive ability to understand (and follow) such moral principles. Interestingly, the logic core of each norm could be approximated through well-known computational methods, resorting to tools widely applied, from cognitive science to electronics and logic circuit design. Realizing this was a crucial step. We could now move on to a new stage of analyzing the social norms that allow cooperation while preserving simplicity – thus being able to be easily enunciated, understandable, communicated and internalized.

When developing this work, it was fulfilling to realize the multidisciplinary reach of the topic. We found fascinating works related with the human capability to learn Boolean concepts, the innate core of morality in infants or the computational challenges of minimizing logic expressions. Besides that, we ended up having fascinating conversations about evolutionary biology and psychology with colleagues working on theoretical computer science and artificial intelligence at INESC-ID!

Finally, let me add that we are extremely happy with this study and no one remembers when I missed the opportunity to discuss my work, 4 years ago. What a wonderful norm. It's just water under the bridge: a comforting perk of ignoring past reputations! 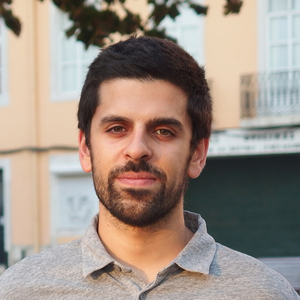