The vast majority of developmental studies are based on classic model animals, which in the case of vertebrates, this generally ranges from zebrafish to mouse. In our manuscript, by studying the not so easily accessible jawless vertebrates (hagfish and lampreys), we reveal that the temporal order of expression of Hox genes, as seen in gnathostomes, is actually ancestral to all vertebrates, despite the big differences in morphology. In this post, I would like to show some of the secrets to work with one of the least known vertebrates, the hagfish.

It was 2007 and I was in the mid term of my PhD studies in the laboratory of Jordi García-Fernàndez in the University of Barcelona, Spain, when the first paper using hagfish embryos in a century came out. This paper, by Kinya Ota et al. (2007), showed that for the first time since 1899, when Bashford Dean collected a series of developing hagfish embryos in California, a modern laboratory had been able to access these extremely rare samples. Not only that, they obtained the embryos in the lab, and assayed them in experiments such as in situ hybridization! Right at that moment, I decided I would continue my postdoctoral studies in the laboratory of Shigeru Kuratani, in RIKEN CDB, Kobe, Japan, working on the hagfish. What a life changer it was!

During my PhD, I was already studying Hox genes, the topic of the manuscript, but in the non-vertebrate chordate amphioxus, so I thought that continuing my studies in the hagfish (and eventually with the lamprey) was just a natural step. Nothing was known about the hagfish, so it was very exciting to think about what I could do to continue my research on Hox genes in such a mysterious animal. In 2009, a year before finishing my PhD, I did my interview with Shigeru Kuratani for a postdoctoral stay in his lab. Although Shigeru was not very convinced about the project I proposed, not only he accepted me in the lab, he also gave me enough freedom and support to do it.

So, in the manuscript you can read how the story of this project has ended up from the scientific point of view, and I would like to use these lines then to explain more in detail how we get the hagfish embryos, from the field trips to the lab. As many of the readers might know, Kuratani laboratory is the only one that has succeeded in procuring hagfish embryos regularly in a yearly basis. Since that first paper by Kinya came out, Kuratani laboratory has been making an impressive record of discoveries studying hagfish embryology (see here and here for some examples). And the key to this success relies on obtaining hagfish embryos on the first place. What's the secret?, you might ask yourself. Well, something Japanese people know much about: patience.

The road towards obtaining a hagfish embryo starts by sampling hagfish adults. If you read the manuscript you will see that we work with the Japanese inshore hagfish, Eptatretus burgeri, a species with a wide distribution in the Northwest Pacific Ocean and that lives in shallow waters, what makes the sampling more feasible. Capturing adult hagfish individuals is the only field trip I do in the lab, and although it is quite tiring, it's also very refreshing to leave the lab during some days! So, every August we travel to Gotsu city, in Shimane prefecture, by the Japanese sea, where we meet Osamu Kakitani, a fisherman with a large experience in capturing hagfish.

The same day we arrive, we directly get into the sea to set the eel traps, a kind of black cylinder with conic openings at both sides that only allows fishes and other animals to get inside, but not to escape. We usually set about 100-150 traps on day 1.

We then leave the traps in the sea for about 12 hours, and at 4 a.m. of day 2 we get into the ship again for a very long day of sampling. We need to collect the traps one by one, getting out whatever is inside (morays, octopus... and more often, nothing) and classifying it into different containers. After about 8 to 10 hours of work, we are done with the traps. We then bring back the adult hagfish to the fishery, where we separate males and females. Now, this step is very easy and the reason why we collect the hagfish in August: all females have eggs, which are quite big and easy to distinguish externally, so the classification goes very quick.

The third day we prepare several cages containing a few male and female hagfishes and set them in the sea, in their natural environment. We also bring some couples to the lab where we keep them in big aquariums. And then, we just wait until October or November when they lay the eggs, up to three months after we capture sexually mature adults! So, there you go. Even from the start all you need is patience, just wait for the hagfish to lay the eggs. In Shimane, Kakitani collects the eggs from the cages we set previously and send the eggs to Kobe; and in the lab, some females eventually lay some eggs too. After that, all we have to do then is to keep the eggs in a clean aquarium. And wait a few months more!

It is not until February or March —about 4 to 5 months later— when we start to see signs of development in the eggs. Some we collect, and some we leave to develop more... several weeks or even months, until they reach more or less the stage of interest, which can be even during summer, completing a whole year to sample a juvenile.

Obtaining hagfish embryos thus does not require any special equipment or care, just a very simple trick did it, something that we seem to be losing in this current world of immediate information and results: patience. Once you get the eggs, all you have to do is wait. 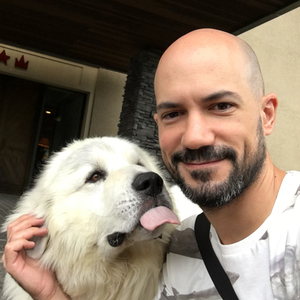