Climate variability could modify forests more quickly than many people expect. And compositional change of tree species could affect forest biomass dynamics in a surprising way.

Some long-term trends might be expected for most tree species under climate change, such as poleward or upward range shifts under warming. But different tree species won’t keep the same pace in responding to climatic variability. Such differences can affect interspecific competitive interactions and thus lead to novel species assemblages and successional trajectories in forests. With little doubt, these climate-change-induced compositional and functional shifts may substantially alter carbon storage and other ecosystem services provided by forests.

Although scientists are quite certain about the qualitative effects described above, it is largely unknown how quickly and sensitive the response of forest communities to climate variability could be. For example, in a region without dramatic climate variability, could we observe a systematic shift in species composition or biomass in forests, especially over a short time period? The answer to this question is not obvious, because plants often acclimate to varied climate conditions, and this acclimation could weaken or delay climate effects on forest community dynamics. It is also possible that many other abiotic or biotic factors might obscure such signal from being detected.

Many other factors might contribute to forest change (e.g., invasive species, storms, insect outbreaks, fires, and logging). Their effects could be much easier to observe.

Our study was motivated by the desire to answer this question. We focused on the forests in the eastern U.S. and a time period of two decades (from 1980s to 2000s). We chose this region and time period mainly because of data availability. At the subcontinental scale, the eastern U.S. has perhaps the most open and detailed inventory dataset over multiple decades of any region in the world. To explore possible linkages between climate and forest composition, we boiled down decadal-scale climate variability to the change in water stress (technically, change in Palmer Drought Severity Index or ΔPDSI) and quantified forest compositional shift with the change in community drought tolerance (technically, change in community-weighted mean Drought Tolerance or ΔDT). We also calculated the concurrent forest aboveground biomass change (ΔAGB) to explore the possible response of carbon storage to climate variability and compositional shift.

A forest in Virginia. Without long-term forest inventory data, it would be difficult (if not impossible) to detect or quantify subtle species composition and biomass change at decadal scale.

The results were contrary to our expectations. We expected that correlations between these three variables (ΔPDSI, ΔDT, and ΔAGB) might show some weak signals in certain forest age classes but not for most cases, considering the modest level of climate variability in this region over the short 20 years. However, it turned out that out of 15 correlations (3 pairwise correlations times 5 age classes) only two were not significant. With outliers removed, the two insignificant cases also become significant. We adopted more complicated methods to check the robustness of these relationships. To our surprise, the significant relationships among these three variables emerged again and again, until we thought we had checked all the “testable” pitfalls and can safely conclude that the eastern U.S. forests have shown systematic response in species composition and biomass to climate variability within 20 years.

More unexpected results came along with these tests. Instinctively, we thought the compositional shift in forests, as a response to climate variability, would moderate the biomass response to climate variability in the light of a picture that species shifts helps maintain the stability of ecosystems. In contrast, our results implied that compositional shifts amplify forest biomass response to climate variability. For example, as a location becomes drier, the shift toward more drought-tolerant species would make the forest lose more biomass than a similar location where the compositional shift did not occur (for example, because drought-intolerant species happened to be rare or absent in the landscape). These empirical results qualitatively matched those from a parallel project, in which we used a process-based forest dynamics model to explore competitive interactions among species with different traits as climate changes. In that study, we found that the most competitive species under dry environment does not result in the highest carbon storage, while some less competitive species could produce more biomass under the same environment if they were not in a competitive condition. An explanation to this result is that drought-tolerant species tend to grow slowly because they allocate more resources to defend drought. This implies that if drought causes a shift towards more drought-tolerant species, biomass will decline more compared to forests dominated by fast-growing but drought-intolerant species which in many cases can persist under drier conditions if they are not outcompeted.

Since we encountered so many unexpected results, we believe these results might also surprise many others and are worth some attention. The amplification effect due to compositional shift might play an important role in governing forest resistance and resilience to disturbances. Given the projected increases of extreme weather events in many regions of the world, our results suggest potential changes in global forests in this century might be substantial. We hope the findings documented in this paper could stimulate further research into the relationships between species composition, ecosystem function, and climate variability.

Sugar, Sugar. Why cavefish develop symptoms of diabetes but are not sick. 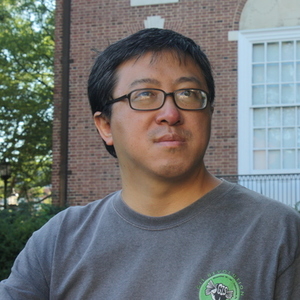