A potentially large role for small swimmers in the ocean

The idea that animals in the ocean might restructure the water column by the sheer force of their swimming has periodically reappeared at the fringes of ocean science over the past fifty years. Pioneering oceanographer Walter Munk suggested as much in a seminal paper that described the role of external forces, such as winds and tides, in maintaining global ocean circulation. I stumbled upon his paper more than a decade ago, not realizing how controversial the concept had become in the oceanography community in the intervening years since its original publication. In fact, Walter later explained to me that it was an attempt at humor when he made that proposition of so-called biogenic ocean mixing in his paper.

Despite Walter’s comic intents, a body of literature started to accumulate that hinted at the plausibility of biogenic ocean mixing. For example, Bill Dewar at Florida State University in the US led efforts to quantify the amount of energy associated with animal swimming in the ocean, and his studies revealed inputs comparable with the power of winds and tides. The question that remained was whether the animals, whose biomass is primarily found in millimeter- to centimeter-scale plankton, can generate mixing at length scales relevant to the ocean. Theoretical models predicted that biogenic mixing is impossible, assuming that the tiny swirling eddies created by the individual organisms will have a negligible effect on the much larger oceans in which the animals reside. Empirical measurements in the ocean could help to resolve the matter, but since we can’t predict the precise location of the aggregations and we didn’t know what the hydrodynamic signature of their mixing would look like, we decided to instead develop a laboratory experiment to study the process.

Over the course of several years, a very creative graduate student, Monica Martinez Wilhelmus (now Assistant Professor at the University of California at Riverside) devised a method to trigger vertical migrations of brine shrimp by exploiting their strong phototactic response to blue laser light. Ironically, just as we celebrated this success, former U.S. Senator Tom Coburn (R-OK) flagged our first paper on the technique for his 2014 “Wastebook”, an annual compilation of what he deemed to be ridiculous government spending. In reality, this laboratory technique for “synchronized swimming of sea monkeys” (as he put it) allowed us to trigger a dozen vertical migrations per day at a cost of less than 100 USD. By contrast, shipboard measurements would have cost 20,000 USD—or half of the graduate student’s annual salary—every day.

Not dissuaded by the bad press, another brilliant and intrepid graduate student, Isabel Houghton (lead author of the paper out today), further modified the lab experiments to enable measurements of both the swirling eddies they create and the resultant mixing of the stratified water column. The results strikingly revealed that rather than individually creating tiny swirling eddies, the animals collectively generated eddies whose size was only limited by the vertical extent of the entire aggregation. In the ocean, this length scale is tens of meters, sufficient to affect the physical and biogeochemical structure of the ocean. Moreover, the rate of mixing was up to 1000 times faster than molecular diffusion, and the induced vertical flows were much stronger than upwelling or downwelling due to other physical forces. Our next step is to search for similar results in the ocean; the results published today provide a guide for what we might observe. 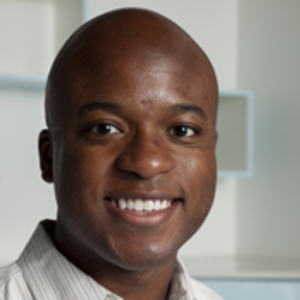