While drought is an imminent threat for forest health under climate warming, frost turns out to be similarly important. In this paper published in Nature Communications​​, we study the genetic adaptation of a widespread western North American conifer to frost and cold through signatures archived in tree rings.

Rare events can drive large shifts in forest health and composition. Building resilience against such rare events is at the foundation of forest management and conservation efforts. This also includes managing risks to forests posed by extreme climatic events as increasing variability coincides with climate warming.

Even though the climate is warming, rare frost and cold events will remain a risk for trees in temperate forest zones. In this study, we look at the consequences of rare climatic events - cold and frost - and how trees with different genetic histories interact with these events. Damage from cold and frost can be problematic for the survival and health of forest trees.

Initially, we were interested in how trees of different genetic histories interact with drought. The resilience to drought can be assessed through observation of features of a tree’s wood structure because wood cells provide the pipeline for water from the ground to the photosynthesizing leafs. Depending on the diameter and cell wall properties, these cells can be susceptible to drought-induced cavitation which can lead to hydraulic failure in the tree and eventual death from drought.

While preparing the micro sections for the measurements of these cell structures, we noticed special features in the tree rings. These included rows of wood cells lacking lignin (a reinforcing polymer) in their cell walls, an unusual characteristic. Some of these features were also associated with distorted cell walls and irregular shapes. By attending an international workshop on wood anatomy in Switzerland, led by Holger Gärtner, Fritz Schweingruber and Alan Crivellaro, we learned that these imprints in the wood structure are linked to cold and frost. These imprints can be retrospectively analyzed by examining the anatomy of tree rings at a cellular level. In fact, these imprints have been previously used to reconstruct the histories of volcanic eruptions and are important reference years in dendrochronology.

Tree rings can provide useful proxies because they can be absolutely dated to the year of their formation. In our study, we combined the cold imprints in tree rings to examine the response of different tree populations to cold within a long-term genetic common garden field trials. Therefore, these imprints provide information on how different tree populations have responded to multiple past, real-world climatic extremes.

Both results have important implications regarding managing forests under climate change. The opposite cold damage signals from northern and southern populations mean that there are risks to moving seeds to cooler areas (also called assisted migration) as well as risks to doing no intervention (i.e., business-as-usual reforestation). Assisted migration involves moving seed sources to realign tree populations with their historic climatic optimum, which has been suggested as a method to adapt forests to climate warming. If we move seed sources too far north under assisted migration, there could be a higher risk of fall frost damage. At the same time, if we do not intervene under climate change, the trees growing in any given location will become less suited as warmer climates materialize.

The first take-away message is, therefore, that it is important to strike a balance between moving seeds too far and not moving seeds at all. Moving seeds shorter distances is likely the best situation. By striking this balance, managers can help maintain forest health and productivity despite increasing probabilities of rare climatic events.

The second message is that it is critical to consider extreme climatic events in the adaptation of forest ecosystems to climate change. Emphasis has, in the past, been placed on adapting forests to the overall warming trend. However, rare cold events also draw out the differences of tree populations highlighting strong adaptation to cold. Therefore, as climates become more variable, and extreme cold events continue to occur, both cold and frost remain important considerations given their disproportionate biological impact.

This post was written by David Montwé and Miriam Isaac-Renton. 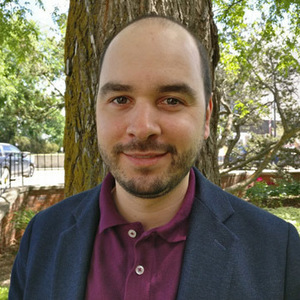