Population genomics from the Southern end of South America

Our paper in PNAS can be accessed here.

The population history of Patagonia has played an important role on both a regional and continental scale. Human presence in the region has been dated to 14,500 years BP at Monte Verde (Northwest Patagonia), one of the earliest archaeological sites in America. Additionally, the remarkable isolation of the region and biological diversity of its inhabitants have supported the hypothesis that early human populations in the region are relicts of the earliest migrants coming into the continent. The actual time for the peopling of Patagonia, the migrations routes, and diversification within the region are still a matter of debate, as well as the genetic affinities that the native human populations have with other groups across America.

Our research in Patagonia started in 2006 when Mauricio Moraga (corresponding author) initiated a project aiming to characterize the founding mitochondrial lineages in Patagonia. Previous works in the region also explored the mitochondrial DNA diversity through historical and present-day individuals, showing a lower genetic diversity in the region than in other areas in America.  Further research, also led by Dr. Moraga and the archaeologist Omar Reyes (co-author), used ancient DNA and archaeological evidence to study the Chono, one of the less known maritime populations from the Northwest archipelagos However, it was not until 2014, four years after the publication of the first ancient human genome, that we started working on full ancient genomes from Patagonia.

By then I was finishing my Master’s Degree, working with mitochondrial DNA of the maritime populations from Patagonia. I was particularly interested in continuing my work in the area by expanding the study to include genome-wide data. As we did not have experience neither processing nor analyzing complete ancient genomes I contacted the group of Eske Willerslev from the Center of Geogenetics at University of Copenhagen in order to visit for three-months. At about the same time, the National Commission of Science and Technology funded a proposal led by Ricardo Verdugo (corresponding author), securing the resources to produce the first ancient genomes in Chile by a national team of geneticists, archaeologists and biological anthropologists. Our research also involved a direct collaboration with the laboratory of Carlos Bustamante in Stanford University, where we started the bioinformatic analysis.

We were successful in obtaining full genomes from four ancient individuals associated to late maritime groups in Western Patagonia together with genome-wide data from 61 contemporary individuals. With a temporal window stretching back 1,000 years, we were able to show a strong affinity between present-day populations and the ancient individuals. Interestingly, we saw that 1,000 years ago the division of two of the main maritime populations, Kawéskar and Yámana, already took place and it was very consistent with the known historical distribution of these groups. Our results show that these populations share a common ancestor that split from Tierra del Fuego’s populations (Selk’nam) between 8,000 to 6,000 years ago. Our analyses reflect an early population structure in the region and a long-term continuity in Patagonia.

Western Patagonia offers a great opportunity to work with ancient DNA thanks to the exceptional preservation of the genetic material. However, there are other challenges affecting the general research in the area. Most of the human remains found in the region come from isolated findings in shelters or shell middens with different degrees of disturbances (mostly human-related) and little to no cultural context. Additionally, archaeological research has to face several difficulties, from the visibility of the sites to the organisation of fieldworks completely dependent on navigation through the fjords and channels. Our work is a locally motivated effort to integrate what is known from the region with recent genomic technologies, increasing not only the representation of Native American diversity worldwide, but also our understanding of the microevolutionary processes along America. Furthermore, it is of great value that this work involved mostly Latin American researchers (from Mexico and Chile), currently working in their home countries developing cutting-edge research in regional issues. 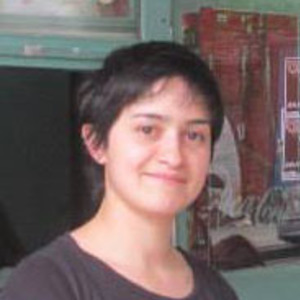