Pathogen invasions catch people off guard. When the Ash Dieback pathogen was found in Ashwellthorpe Wood in Norfolk (2012), it meant it had finally invaded the UK. A network of scientists from eleven research institutions set up an integrated programme (NORNEX) aimed at working on various aspects of the genomes of the host and the pathogen.
Mark McMullan
Evolutionary Biologist, Earlham Institute
Follow
Like Liked by Patrick Goymer
0

The paper in Nature Ecology & Evolution is here: https://go.nature.com/2vYrYWe

I was brought on board a year later and, as a population geneticist, I wanted to understand the evolution of the genes of the pathogen as it moved from East Asia into Europe.  At the time I started we had plenty of re-sequenced genomes from European isolates but just one from the native range.  The fungus is native to East Asia, which is a massive area and very difficult to adequately sample.  Given the urgency, we extracted DNA of several isolates from just a single Japanese wood.  It was thanks to collaborations across the Norwich Research Park that I was able to get those samples from Kobe University in Japan (via The Sainsbury Laboratory).

Members of the Earlham Institute (EI) collaborated to sequence and assemble the genome, annotate that genome and then use it to compare the other isolates (sequenced at EI and Edinburgh Genomics) from Europe and now Japan. It was clear to us from early data that there had been a real reduction in diversity in Europe compared to Japan.  Right at that time other work based on microsatellites was published by a group in Europe (Gross et al. 2014), suggesting just a few individuals invaded from the native range.  This meant that as a community we now understood more about the invasion process.

Right at this time I was interviewed for a BBC local news program. After discussing the invasion with the presenter, I began to think about the project in a different way. It was true that the fungus had moved right across Europe, so what could we really do now?  Was it too little too late?  Had the horse bolted?  Addressing this question became of critical importance because now, we were able to use our data to assess the level of genetic variation in the native range.

In our preliminary work on the genomes of around 50 isolates from Europe and Japan we could see that there was much more diversity in Japan than in Europe. However, considering the size of its native range in Asia, the European population is unlikely to have come from the Japanese islands, and more likely came from mainland Asia. We looked at the level of genetic diversity in around 350 conserved genes and found that (1) it appears that just two founders began the European population, (2) those founders were very genetically divergent as you might expect for isolates from Asia and (3) the total diversity in the Japanese population is markedly higher than that in all of Europe.

You might expect that, with such low population diversity in the European ash dieback invasion, fewer trees would be susceptible. However, these initial two (or so) founders have caused severe destruction.  We now know the population that these two individuals came from was large and contained a lot more diversity than is in Europe currently.  How would an increase in genetic diversity in Europe impact the host?  Our guess is badly.

Genetic diversity is used as a proxy, a guess at how able a population or species might be to adapt to new environments or hosts. It accounts for all the variation in the genome but not all of that variation may be important for that population’s success. In conservation biology for instance, a species with low genetic diversity might require a large amount of protection because there is a good chance that population doesn’t contain enough different individuals able to adapt should the environment change significantly. Here though we have a fungus, highly successful in Europe, that might contain the genetic diversity of just two individuals. What we did next was to look at the adaptive diversity present in genes which computer models suggest interact with the host.

We see that there is more genetic diversity in the host interaction genes (effectors) compared to other genes in the Japanese population but not in the European one. This means that the reduction in diversity with the invasion to Europe removed polymorphism from genes and effectors alike. Effectors in Europe do still carry a signal of adaptive diversity but this signal is much lower than that present in the native range. All of these findings suggest that if new isolates were to invade and become established in Europe, those few ash trees that currently have reduced susceptibility may fare even worse.

It is worth mentioning that the pathogen does not usually infect the woody parts of trees in its native range.  Infected leaves drop to the ground and the fungus reproduces in the leaf litter.  It has been suggested that any pathogen that enters the tree in Europe might not get the opportunity to reproduce and contribute to the next generation.  Future efforts to understand the co-evolution between tree and fungus in the native range might shed light on the genes important for the attenuation of the fungus’ invasive nature.

Mark McMullan
Evolutionary Biologist, Earlham Institute
Follow
I work on the population genetics of pathogen invasions. Presently I work on the ash dieback pathogen and wild-agricultural introgression in sugar beet rust. I use population genomics and evolutionary biology to understand the roles of different genes in pathogen invasion and success. The overarching focus of these projects continues to be to apply population genetic approaches to genomes to understand adaptive evolution with a special focus on the relative contribution of the five evolutionary forces and the role of sex in hybridisation and genetic introgression. 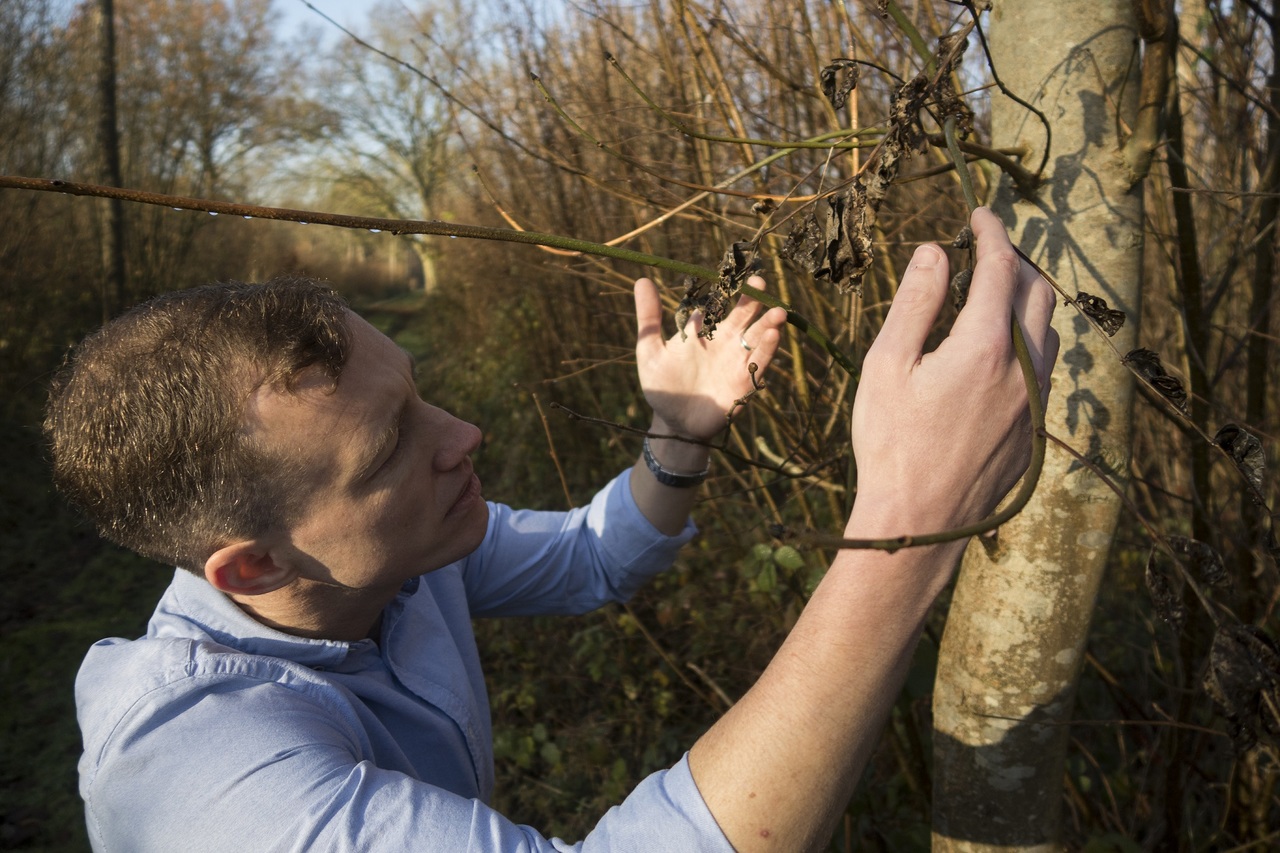 Pathogen invasions catch people off guard. When the Ash Dieback pathogen was found in Ashwellthorpe Wood in Norfolk (2012), it meant it had finally invaded the UK. A network of scientists from eleven research institutions set up an integrated programme (NORNEX) aimed at working on various aspects of the genomes of the host and the pathogen.