A mechanistic understanding of the global seasonal distribution of birds

Elucidating the mechanisms shaping the distribution of biodiversity on Earth is a major challenge in ecology. In our new paper published in Nature Ecology & Evolution, we used the “natural experiment” of bird migration for developing a mechanistic model of the distribution of birds across the world and throughout the year based on energy efficiency principles.
Marius Somveille
Postdoctoral researcher, Max Planck Yale Center for Biodiversity Movement and Global Change
Follow
Like Liked by Patrick Goymer
0

Our paper in Nature Ecology & Evolution can be found here: https://rdcu.be/NE61

Why do some birds migrate short distances while some others undertake extraordinary journeys across continents, and many others do not migrate at all? Such question has been puzzling me since I started my PhD. Working with Andrea Manica and Ana Rodrigues, my two advisors, I chose to study bird migration in its globality as an integrated system and investigate the ecological forces that shape its structure. Not the usual approach to study the migratory behaviour, but maybe it would yield new insights.

I first mapped global patterns associated with the seasonal redistribution of avian biodiversity via migration. I then used these patterns to test hypotheses about underlying processes, through various statistical models. My analyses indicated, for example, that seasonal regions tend to have higher numbers of migratory birds, which then redistribute to the nearest area with favourable conditions year-round. However, it didn’t explain why some species migrate and some don’t. It occurred to me that, ultimately, whether or not migration is a good strategy for a species depends also on what the other species are doing. To investigate this, I needed a mechanistic model.

But where to start? The literature on bird migration, as well as my previous investigations, highlighted the important role of energy: migratory birds appear to chase seasonally available energy while minimising energetic costs. Energy has also been proposed as a key driver of large-scale biodiversity patterns (i.e. the more energy the more species around), a theory called the species-energy relationship. A link between species-level migratory strategy and the global distribution of birds could therefore be made. It led me to Lotka’s maximum power principle, according to which bird species’ distributions should optimise a yearly energetic balance given the environment and competition with other species. Energy-efficiency was an ideal candidate mechanism around which to design the model.

White storks are highly migratory, mostly breeding in Europe and wintering in Africa. Some storks, however, have stopped migrating to stay near landfills, a new year-round source of energy, in the Iberian Peninsula. An influence of energy-efficiency? Photos by Marius Somveille.

I started simple, modelling the year-round energy balance of average bird species that I then placed into the environment as to maximise energy-efficiency. I estimated parameter values at first directly from the literature (before a fitting procedure was performed later on), and I did not really know what outcome to expect when I pressed the run button. It was astonishing to see that the model, based on simplifying assumptions (e.g. no difference between species) and simple rules, could already re-create well all the previously described patterns associated with the global seasonal distribution of birds!

Our results indicate that birds fill up the world and distribute in the most energy-efficient way, with migration helping many species to optimise further their energy budget. This is good news for making predictions because there is no reason to believe that birds would not distribute according to the same principle at different time. Our mechanistic model could therefore be useful for predicting the global seasonal distribution of birds back to the last glacial period for instance, but also in a future with global change.

The paper in Nature Ecology & Evolution is here: https://go.nature.com/2I2zYHf 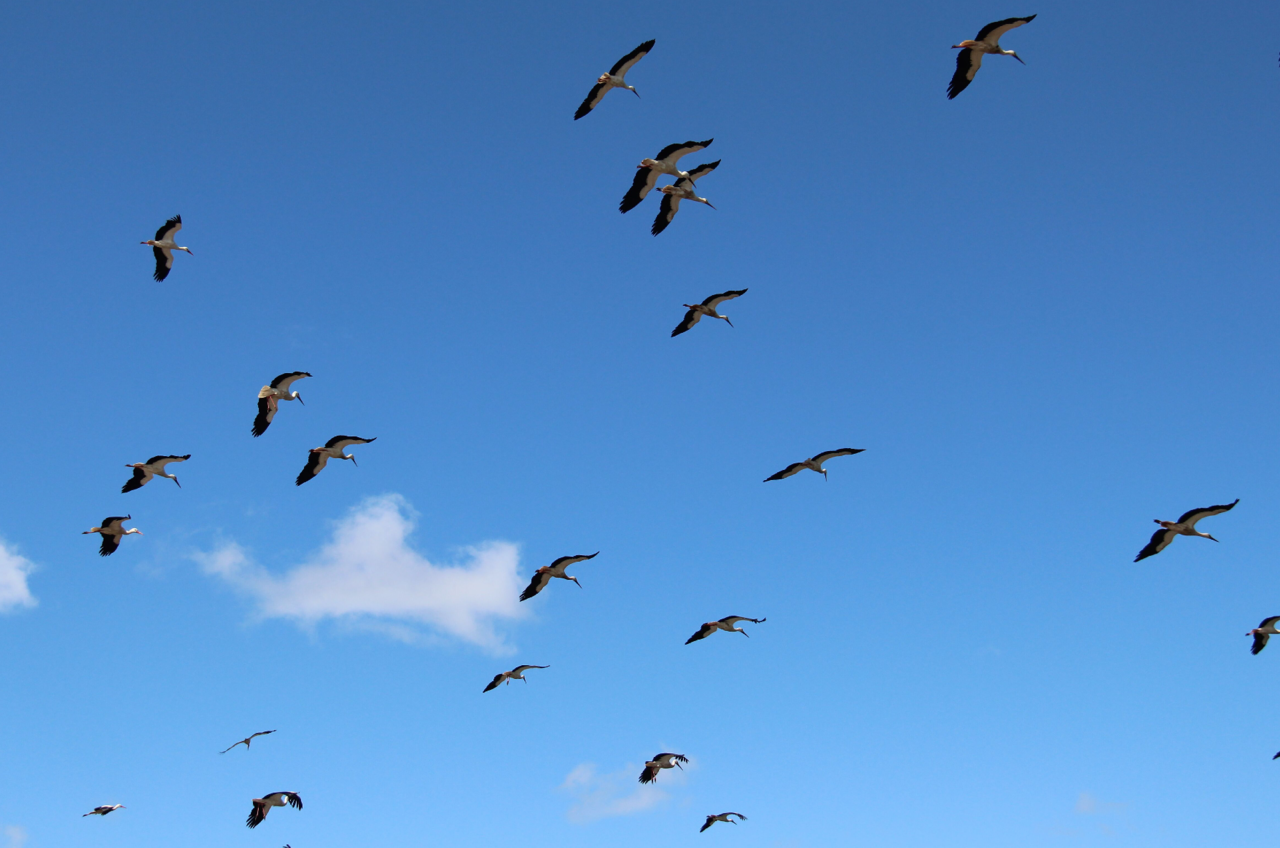 A mechanistic understanding of the global seasonal distribution of birds

Elucidating the mechanisms shaping the distribution of biodiversity on Earth is a major challenge in ecology. In our new paper published in Nature Ecology & Evolution, we used the “natural experiment” of bird migration for developing a mechanistic model of the distribution of birds across the world and throughout the year based on energy efficiency principles.