New functions and innovations are central to the evolution of life. How new functions arise and how these are integrated into the metabolic network of the cell is a current topic with relevance to fields ranging from antibiotic resistance to synthetic biology.

It is a cold and snowy Tuesday in December 2013 at the Svandammen duck pond in central Uppsala. I hear a high-pitched voice as I’m struggling to retrieve my sampling vessel without losing my footing.

- The bewildered child shrugs to the strange response and retreats to his friends nearby.

The novel mechanism we discovered in this study was identified as a part of a larger project aimed at investigating the evolution of novel genes. It is a truly collaborative project that involves research groups with expertise in genetics, structure biology and experimental evolution.

My part of the project was initiated in 2013 when I was a newly arrived post doc in the lab of Dan Andersson at the Department of Medical Biochemistry and Microbiology at Uppsala University. The project Dan proposed to me aimed to explore the functional diversity and evolutionary potential of unique novel protein sequences, so-called ORFans, found in viral genomes. His idea was straight forward: to sample environmental viral genes, randomly introduce the genes into cells of the bacterium E. coli and identify cells that gained novel function with the help of phage genes.

Using my locally sourced viral genes, I was able to make rapid progress and to identify genes that were able to restore growth in metabolically impaired bacterial cells. Most of the genes turned out to be alternative versions of the very same protein that had previously been rendered non-functional in E. coli. Excitingly, in a few cases the responsible genes showed limited similarity to known sequences – our sought-after ORFans.

We decided to focus on three ORFans that were all able to rescue E. coli deficient in the enzyme Threonine deaminase (IlvA). Despite our best efforts, the function of these ORFans remained elusive for a long-time. Our major breakthrough came by determining the levels of RNAs and proteins in our cells when they were expressing the ORFans. Quickly, we realised that our proteins were doing something unexpected. Rather than directly replacing the IlvA enzyme function, they acted to unbalance the cellular pool of the metabolite S-adenosyl methionine (SAM). Such unbalancing, via SAM hydrolases, is used as an evasion strategy by some phages to give them an upper hand on their unsuspecting hosts during infection. In our system, the cells responded by massively overproducing proteins involved in the synthesis of the amino acid methionine, the precursor of SAM.

So what is the connection between IlvA and methionine? It turns out that one of the methionine biosynthesis enzymes, MetB, has the ability act as a weak replacement of the IlvA enzyme. Under normal conditions this function is so weak that it serves no functional role for the cell. Our ORFans were able to unmask this hidden function by unbalancing the cellular metabolite pool and concomitantly amplifying the function to a level that enabled growth of the cell.

Our "fishing expedition" has shown how expression of viral genes can unmask hidden evolutionary potential in a host genome. 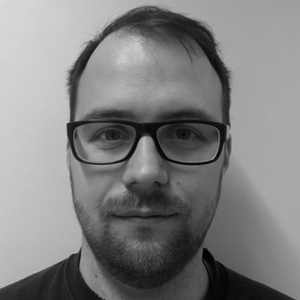