Our planet is urbanizing rapidly. Conservationists know only too well what this process means for biodiversity: a few winners and lots of losers. We demonstrate that urbanization also leads to community-wide shifts in body size.

The paper in Nature can be found here: Merckx et al 2018

I’m an ecologist drawn to the beauty of butterflies and moths since my childhood. Hence, having had these flying jewels as research models from my MSc onward was pure joy. In order to study aspects of their mobility and diversity I observed, sampled, marked, recaptured… them in Belgian grass- and woodland, in the English countryside and in the mountains of northern Portugal. You can imagine my surprise when, after another early-morning session of moth identification in splendid Pyrenean oak woodland, I read an email of my former PhD-supervisor Hans Van Dyck, inviting me to come back over to Belgium to study butterflies and moths ...wait for it... in towns and cities!

Indeed, a large and international team of ecologists, who had previously been studying (semi)natural biotopes such as heaths, dunes, woodlands and lakes, had decided the time was ripe for some URBAN ECOLOGY. Led by Luc De Meester (renowned for his work on the evolutionary ecology of water fleas), the consortium harbored expertise on various aquatic and terrestrial taxa, and Hans and I were going to take care of the butterflies and moths (and orthopterans). “It would be awesome”, Hans said. What to do…?

Well, it turned out to be awesome. All teams sampled the taxa they knew best, but extra strength was gained by simultaneously sampling them at up to 81 sites in the same set of 27 landscapes, spread over Belgium, using a replicated, highly standardized and nested sampling design covering urbanization gradients. This truly joint effort was key, as it allowed us to pool the data: 95,001 individuals from 702 species from 10 taxa. We quantified biotic homogenization, but quickly decided to focus on species-specific body size. We did so because this trait could be quantified for all 702 species (body size turned out to vary by a factor 400 across them), and because body size is a key species trait intrinsically linked to metabolic rate. We knew that due to metabolic costs global climatic warming has been predicted to drive shifts to communities consisting of smaller species. Would the urban-heat-island effect be capable of a similar feat? We pooled the year-round micro-climatic temperature recordings for different habitats, quantified urban-heat-island effects, and plotted for each taxon the mean body size of local communities against the built-up cover surrounding these communities.

It turned out that the majority of animal groups show a pattern of dominance of smaller species with increasing urbanization, a finding fully in line with the recorded urban-heat-island effect selecting for smaller body sizes due to increased metabolic costs. However, for three groups –-our butterflies, moths and orthopterans-– we discovered that the pattern was completely reversed. For these groups, body size is positively linked to mobility, and we concluded that aspect must have overruled the general pattern towards smaller size. Hence, rather than by temperature, their urban communities appear to be shaped mainly by the high degree of habitat fragmentation. We indeed showed that not only temperature but habitat fragmentation too is strongly increased by urbanization. It's easy to imagine that the typically severe fragmentation of ecological resources in urban settings constitutes an effective filter on mobility, so that it are mainly the more mobile species that are retained within urban communities. For animal groups where being mobile means being large, this urban fragmentation hence results in shifts towards increased body size, as the mobile, larger-sized species will have a less difficult time dealing with the low functional connectivity typical for urban areas. On average, these three taxa displayed a 14% increase in body size over a 0-25% gradient in built-up cover (i.e. from non-urban to highly urban), whereas the other taxa displayed a 16% decrease.

So, we show that urbanization is causing bi-directional shifts in body size. Given that body size determines the dynamics of ecological networks, such as food webs and pollination networks, we expect this size-biased species loss to strongly impact urban ecosystem function. One of the reviewers wanted us to dig deeper into our data to check if we could show such functional consequences, but eventually agreed that another type of experimental data would be needed in order to check what such size shifts mean for ecosystem function. “In addition to what this means for urban ecosystem function” Luc De Meester adds “are other research avenues opened up by our results, such as mechanistic studies elucidating how urbanization leads to size shifts, and whether the same pattern can also be found within species”. At least for macro-moths, this appears to be the case for a third of species analyzed, we show in another study published today (Merckx, Kaiser & Van Dyck 2018 Global Change Biology).

In terms of policy-relevance, we believe such insights help to design cities that show less severe effects on biodiversity. Based on our findings, urban planners could mitigate urbanization’s micro-climatic and fragmentation effects most adequately with measures implemented at both local and landscape scales. Such interventions involve the creation and amending of urban ponds and urban green infrastructure (native vegetation is super important!) in order to increase the amount and quality of urban habitats.

Financial support for this work came from the Interuniversity Attraction Poles program of the Belgian Science Policy Office BELSPO (IAP-grant P7/04). The ‘SPEEDY’ research consortium consisted of Belgian research groups at four universities (Leuven, Antwerp, Ghent and Louvain-la-Neuve) and the Royal Belgian Institute of Natural Sciences, topped up with national and international collaborations. 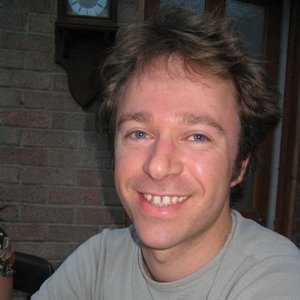 Ecology and evolution of Lepidoptera and other insects, with a focus on their landscape-scale conservation
Follow

Alexandra Marques
over 2 years ago