The human brain from ecology and seemingly culture

Why did the human brain evolved to its large size? In our new paper in Nature, we develop a mechanistic model to determine causes of human brain expansion, which we find to be ecology and seemingly culture rather than broader aspects of sociality.

Our paper in Nature can be found here: https://rdcu.be/O1Vc

Research on what promoted brain expansion has intensified in the last few decades. Much of this research was motivated from Humphrey’s 1976 paper proposing a logically appealing hypothesis and from Dunbar’s 1998 paper showing a way to test it. Humphrey’s and related papers indicated that social complexity posed the hardest cognitive challenges and could drive evolutionary arms races in cognition. Dunbar’s work tested it by evaluating phylogenetically controlled correlations between brain size (or parts thereof) and group size, a proxy for social complexity, and he found the correlations to be positive and significant in primates. This comparative approach exploded but has led to conflicting accounts, possibly in part because the correlative approach has a limited ability to determine causality.

I myself became interested in brain evolution because of the social hypotheses of brain expansion. As a PhD student, I worked on how parental manipulation could lead to eusociality and prompted by my PhD advisor, Sergey Gavrilets, I read Alexander’s 1990 paper proposing a version of these social hypotheses. In fact, Alexander in 1974 had proposed the parental manipulation hypothesis for eusociality, which I was finding to be very powerful and unduly neglected, and his 1990 paper sounded to me as proposing another trait—large brains— as being the outcome of manipulative processes. The reasoning of Alexander and Humphrey’s papers sounded very appealing to me and I started to search for postdoc opportunities where I could use math models to study the social hypotheses.

Luckily, Laurent Lehmann found the idea interesting and had suitable funding to hire me. Soon I realized that the question of human (or any taxon’s) brain evolution was particularly quantitative—we want to know what generated a brain of 1.5 kg for a body size of 50 kg, not just what promotes increasing brain size. So I wanted to devise a model that yielded quantitative predictions. Fortunately, I found West et al.’s paper and that showed the way. With Laurent’s advice, I derived a mechanistic model that can give quantitative predictions for brain and body size. However, to keep the model manageable as a first approximation, we kept the first model asocial. To our surprise, we found that the lack of social interactions and thus of social arms races still allowed for the evolution of ancient human brain sizes, which are very large.

Finally, in our Nature paper published today, we incorporated my original interest of assessing the social hypotheses. And again to our surprise, we found that the intuitively appealing social hypotheses did not materialize in the model. Social cooperation and competition, possibly involving cognitive arms races, failed to lead to stable, human-sized brain sizes and may actually decrease brain size. The reasons are that (1) cooperation enables individuals to rely on social partners’ brains and to reduce their allocation to costly brain production, and (2) that competition leads to arms races where outcompeting social partners requires an exceedingly large brain and so it becomes a better strategy to reproduce early in life. In contrast, we found that the human brain size could evolve with a combination of ecological and social challenges, where ecological challenges are the drivers of brain expansion. Additionally, we found indirect evidence that for this to occur, ecological challenges must be coupled with what seems to be culture, suggesting an explanation for why ecological challenges may have failed to lead to brain expansion in other taxa.

These results thus appear to be an example of how verbal reasoning can go awry and how it is a good idea to thoroughly check such reasoning with math modeling. As models are often dismissed as being "just a model" and are accordingly left uncited, results such as ours highlight that, without thorough mathematical theory, empirical assessments of verbal hypotheses risk testing predictions that may not follow from the hypothesis.

Our paper in Nature can be found here: https://rdcu.be/O1Vc

A decade of science on global drivers of biodiversity loss 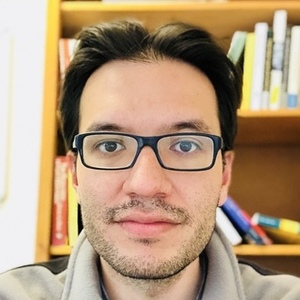