Giant pandoraviruses create their own genes.

Giant viruses overlapping in size and genome complexity with unicellular organisms are among the most unexpected discoveries of the last 15 years in virology. Yet they are in turn considered evolutionary freak by some, or precious living fossils of ancestral life forms by others. Our comparative analysis of 6 strains of the spectacular Pandoraviridae family now suggests that their giant genomes may be actively breeding new proteins and functions.
Jean-Michel Claverie
Professor of Medicine, Aix-Marseille University
Follow
Like Liked by Ben Johnson and 3 others
1

Our article in Nature Communications is here: https://go.nature.com/2l2Bpvm

For more than a century, virologists remained paradoxically blinded by the tiny dimension of the first virus discovered by Dmitri Ivanovsky in 1892, the causative agent of the Tobacco mosaic disease. Accordingly, the “viral fraction” of any biological sample remained defined as whatever passed through the so-called “sterilizing” (0.2 µm –diameter pore) filters.

This changed for ever in 2003, when we recognized the viral nature of the Acanthamoeba-infecting Mimivirus, more than 10 years after its initial isolation and erroneous classification as an obligate intracellular bacteria. With its icosahedral particles more than 0.7 µm in diameter and its 1.2 megabase genome, Mimivirus (for “microbe mimicking” virus) inaugurated the era of giant viruses (e.g. easily visible under a light microscope) (Science 2003) (Science 2004).

The excitement of looking at a new giant virus through an outmoded electron microscope. Credit IGS-CNRS/AMU.

Given the extraordinary features of this new virus, it became essential to establish that Mimivirus was not the only representative of its kind. Guided by sequence similarity hints from the metagenomics data gathered from the Sargasso Sea by Craig Venter’s laboratory, we embarked into marine investigations, as total amateurs. We took the opportunity offered by the European initiative “Assemble” to travel to Chile and use the sampling facilities graciously offered by the ECIM (Estación Costera de Investigaciones Marinas) in Las Cruces. Lucky as all beginners, we brought back the first marine Mimiviridae from this trip, now known as Megavirus chilensis, establishing the world-wide distribution of the family, and a new world record for viral genome size (1,259,197 base pairs)(PNAS 2011).

But more big surprises were looming. We came back in April 2010, expecting to isolate additional members of the Mimiviridae, still believed to be the sole family of giant viruses. This time, we did not find a new Mimivirus relative but a very strange microbe, shaped like an amphora (one µm long and half a µm in diameter) and happily multiplying within Acanthamoeba although we could never see it dividing. What we had isolated from the shallow sediment off Tunquen Beach, was Pandoravirus salinus, the first member of a new family of giant viruses, the Pandoraviridae. One year later, we isolated the second member of the family, Pandoravirus dulcis from a small fresh water pond next to the conference center of La Trobe University in Melbourne, Australia (Science 2013).

Inside the empty-looking Pandoravirus particles we had the further surprise of discovering G+C –rich genomes as large as that of the smallest parasitic eukaryotes (up to 2.8 Mb) encoding thousands of proteins, 90% of which had no homolog in any other viruses or cellular organisms. These figures best illustrate the paradox and scientific questions surrounding giant viruses:

And the most puzzling question of all:

Following the detailed characterization of three new Pandoraviridae isolated from France, New Caledonia and Australia, our paper proposes an issue to this dilemma.

Our comparative genomics study strongly suggests that most of the genes encoding orphan proteins have been created in situ and de novo, from within the unusually long and G+C rich, noisily transcribed, intergenic regions of the Pandoraviruses. If this happens to be true, the long quest for the evolutionary origin of the giant virus genes will end and should now be replaced by the elucidation of the molecular mechanisms and evolutionary forces responsible for such feat, putting once more viruses on the center stage of evolution, as "creators of genes".

Leslie P. Smith
over 4 years ago 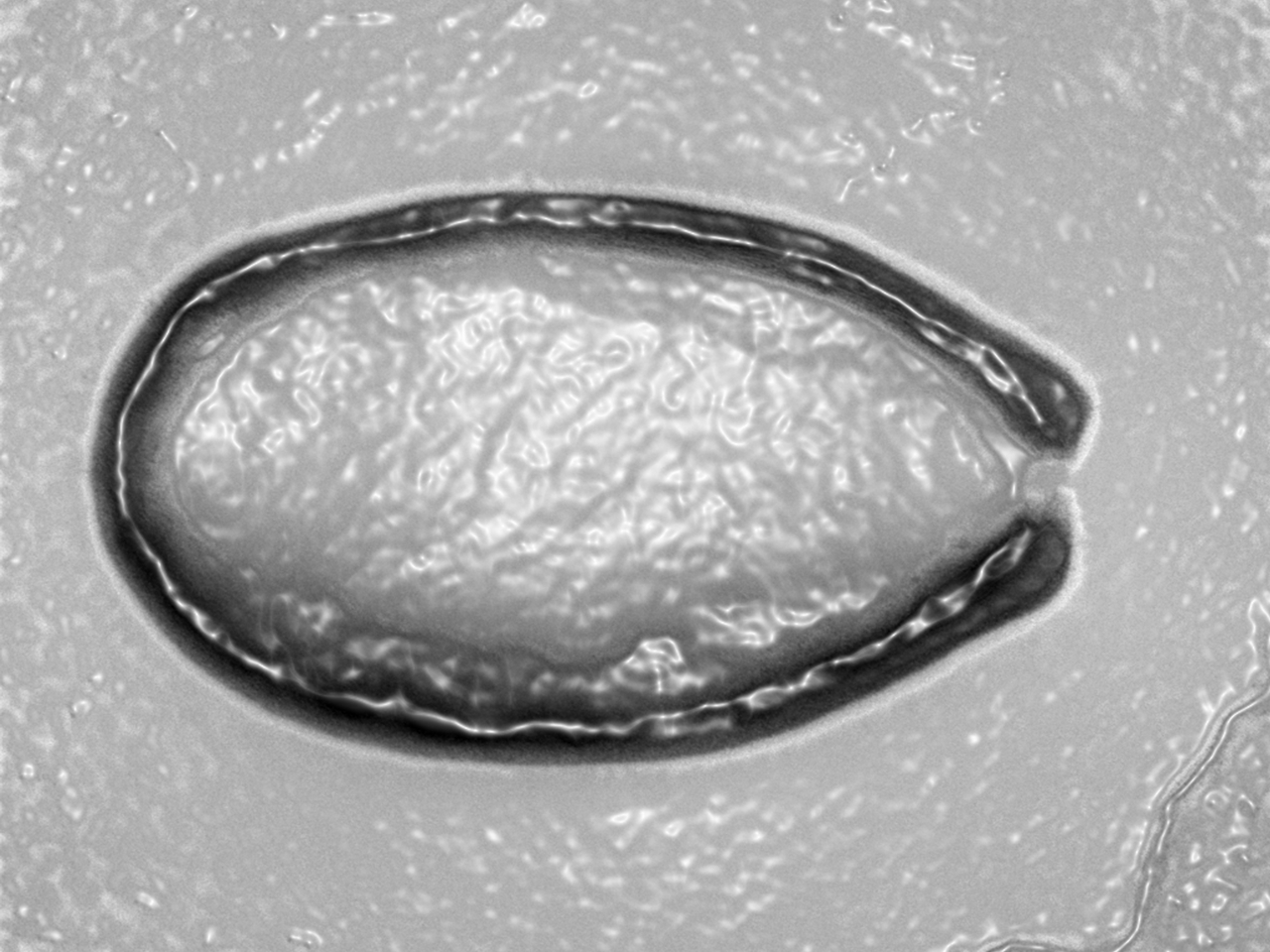 Giant pandoraviruses create their own genes.

Giant viruses overlapping in size and genome complexity with unicellular organisms are among the most unexpected discoveries of the last 15 years in virology. Yet they are in turn considered evolutionary freak by some, or precious living fossils of ancestral life forms by others. Our comparative analysis of 6 strains of the spectacular Pandoraviridae family now suggests that their giant genomes may be actively breeding new proteins and functions.