The perforation of a 120.000 year old bone tells us about how Neandertals made a kill

This story started with excavations of a Last Interglacial lake-shore site at Neumark-Nord (NN), near Halle, in the eastern part of Germany.

The paper in Nature Ecology & Evolution is here: https://go.nature.com/2MVCu4U

In a collaboration between my institute (MONREPOS) and Leiden University, and supported by the heritage office of Saxony Anhalt (Germany) and hundreds of students, we excavated a large part of the former shore of an extensive lake, originally some 2 hectares in size. Our excavations yielded thousands of stone- artefacts and more than 120.000 bone fragments. The bulk of that material accumulated during a period of up to 500 years of intensive faunal exploitation by Neandertals. But we have evidence they visited the location and its wider surroundings for thousands of years, during the first half of the Eemian Interglacial.

The excavation of a 120.000 year old last Interglacial lake-landscape at Neumark-Nord near Halle (Saale) in the eastern part of Germany by the Archaeological Research Centre and Museum for Human Behavioural Evolution MONREPOS and the Faculty of Archaeology of Leiden University supported by the heritage office of Saxony-Anhalt (Germany). Photo credit: W. Roebroeks, Faculty of Archaeology of Leiden University.

When our fieldwork started, the much larger lake basin of NN 1, just 200m away, was already well known in the world of Pleistocene studies. For more than two decades, rescue excavations led by Dietrich Mania had uncovered an absolutely stunning fossil assemblage as well as stone-artefacts from the NN1 palaeolake. Like NN 2, it was repeatedly visited by Neandertals. Mania rescued an assemblage of bones of large mammals from the quarrying machines including more than 200 complete skeletons of fallow deer and the remains of more than 71 straight-tusked elephants.

Our fieldwork clearly showed that the infilling of the NN1 and NN2 basins occurred synchronously between circa 125,000 and 115,000 years ago. The NN2 basin was just a small part of the larger lake system. Integrating the archaeological data from the two locations gave us the opportunity to explore this very large exposure of a Neandertal landscape. Our zooarchaeological analyses demonstrated a seasonal exploitation of adult fallow deer stags by Neandertals at NN1.

Front and rear view of a hunting lesion in the pelvis of an extinct fallow deer, killed by Neandertals 120,000 years ago on a former lake shore located close to Halle (Saale, Germany). Photo credit: Eduard Pop, MONREPOS Archaeological Research Centre and Museum for Human Behavioural Evolution.

Perforations were discovered in several bones from NN1. Two of these differed from gnawing marks left by carnivores and from other types of natural damage. These lesions were carefully documented and studied, including micro-CT imaging, enabling us to gain an impression of the morphology of the object that made the perforation: an object very similar to the tip of a spear (see enclosed screenshot).

Micro-CT imaging of the lesion in the pelvis of a fallow deer, killed 120,000 years ago on a lake shore close to Halle (Saale, Germany). The screenshots show the lesion and the reconstructed pointed object (spear) which caused the perforation, seen from the exit side. Photo credit: Arne Jacob & Frieder Enzmann, Johannes Gutenberg-University Mainz.

To test whether the types of wooden weapons known from the site of Lehringen (the same age as NN) or the ~300,000 years old site of Schöningen could have produced the lesions, we carried out a series of experiments described in detail in the paper.

These experiments demonstrate that we are indeed dealing with perforations made by spears. In the case of one of the lesions, we could reconstruct that it was caused by a spear used in a thrusting motion, hitting the animal at the hip.

The two lesions are the earliest examples demonstrating the unequivocal use of wooden spears as hunting weapons. Since hominins began to hunt with weapons probably more than half a million years ago, hunting lesions dating back to hundreds of thousands of years before present should be expected. Hence, the identification of the NN lesions is not a surprise. In science there is, however, an important difference between expecting evidence and actually observing it. I expect that the approach and the methods developed in the context of this paper will help to make comparable observations also in assemblages pre-dating the ones from NN, tracking back in time glimpses of our hunting past. 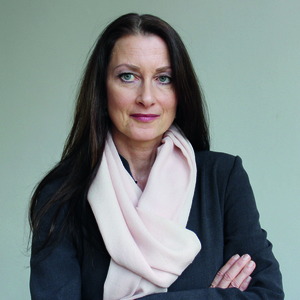