A community from Nature Ecology and Evolution
Editor
On the road

This year’s Ecology and Evolution of Infectious Diseases meeting was the 16th annual meeting, but the first to be held outside the US. Glasgow was a long trek for many delegates, but registration had reached capacity (380 attendees) almost two months before the meeting. My colleague Alexa McKay from Nature Communications gave me a flavour of why – she referred to it as her ‘home meeting’ from her research days – and indeed a feeling of community and camaraderie permeated the sessions.

I caught the train from London to Glasgow, which pleasingly made it my third meeting in six months without needing to fly. The countryside out the window was indeed ‘green and pleasant’, though it was depressingly almost only green, with splashes of yellow and little else. A sunny and warm evening welcome reception in the Kimble Palace greenhouse of the Glasgow Botanic Gardens was a lovely way to kick things off – and the delightful weather continued all week.

Some talk highlights for me were Christopher Dye’s overview of the stubbornly slow rate of change of tuberculosis morbidity and mortality worldwide. Luke McNally presented what was for me the most thought-provoking talk of the meeting – discussing data on selection cascades in antimicrobial drug resistance and suggesting that we should shift our focus of concern from end-of-line antimicrobials to preventing resistance of front-line agents. Lena Wilfert presented a comparison of deformed-wing virus prevalence and titre in honeybees and bumblebees on islands with and without Varroa mites. Simon Babayan gave an overview of machine-learning and deep-learning applications to infectious disease ecology.

Christophe Fraser presented a method for sequencing HIV viral strains that can be used to infer the source of infection by comparing strain phylogenies in an infected individual; intrinsic to the method are ways of assaying drug resistance and viral load and per sample costs around a third of the cost current tests for either of those.  Ana Bento described the resurgence in pertussis infections in the Netherlands and presented data suggesting it is not a result of the introduction of the acellular vaccine. Kat Holt gave an overview of her work on investigating environmental and hospital sources of drug resistance in Klebsiella pneumonia. Rosie Woodroffe regaled us with a humorous, but sobering, description of how evidence has been used (or ignored) over the past 20 years of political decision making on badger culling in attempts to contain bovine tuberculosis. And there were several other great talks – the #EEID2018 hashtag was well used, if anyone wants to look back at the meeting programme.

There was also brilliant support in the room and on twitter for earlier-stage researchers presenting their work. The stand-out for me was Eloise Stephenson’s description of her work on Ross River virus, the most common vector-borne virus in Australia. Eloise also tweeted some fun doodles of talks at the meeting @elle_stephenson.

The conference was the most nicely paced meeting I think I’ve been to: just two full days, each with four sessions of one 30 minute talk and three 15 minute talks. No concurrent sessions, a long lunch break and a lively poster session with drinks at the end of the day. Easy. And the organisers did a brilliant job of achieving a 50:50 gender ratio for both long and short talks, spaced across sessions. I’m sure there was a lot of effort behind that, but it didn’t feel in any way contrived, just high-quality talks from both men and women. Hooray.

Apparently a final-day hike is an EEID tradition – this year was up a hill near Loch Lomond. I had to head back to London but I love the idea and hope to go along one year. EEID 2019 is going to be in Princeton 10-13 June, for those who want to save date.

A minute with... Geoffrey West 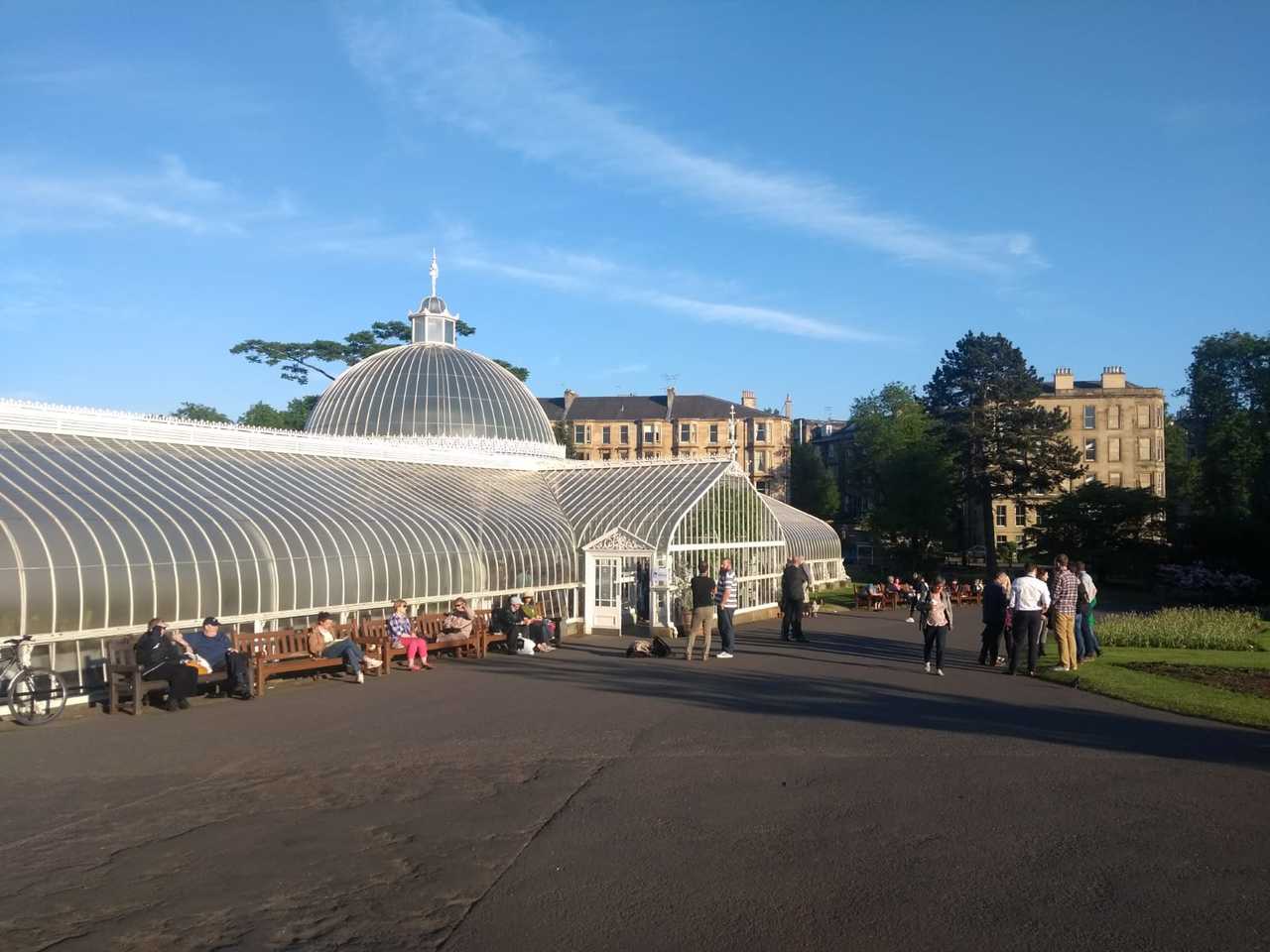