When an antibiotic treatment is stopped we'd quite reasonably expect the causative agents of resistance to somehow go away. But this is not what we observe in practise, at least not always. So, why not? We performed some experiments and developed a little bit of theory to try and understand what might de-couple antibiotic use and antibiotic resistance.

If you’ve ever taken a shower or tuned a guitar, perhaps you’ve tried both at the same time, then you’ve probably encountered the idea of hysteresis. This is where you try to dial in a setting that you want, like the right musical notes, but you can’t quite get the settings right and you can’t see why.

So imagine you’re in a shower in a swanky hotel and you’re trying to find just the right temperature. First you turn up the hot water and it goes too hot. So you adjust the taps a little to the cold side and nothing happens, so you turn some more and then, all of a sudden, it snaps right back to cold again. You repeat this cycle several times in a state of total frustration before charging down the corridor in nothing but a wet towel to complain to reception.

The comfort zone of temperatures that you had hoped to hone onto appears inaccessible, quite possibly because the 5* hotel you booked installed cheap showers that have a "hysteresis loop" plumbed into them.

What has this got to do with antibiotics? Imagine now that the hot tap corresponds to turning antibiotics on and the cold tap is like switching the antibiotic off. Almost as if we’re treating a patient with an intravenous drip.

As the antibiotic is applied, microbial communities in the body may well experience selection for resistance to the new antibiotic and this will show up in the composition of those communities as drug-resistant species begin to take over.

You, as the doctor in this scenario, quite reasonably expect that when the antibiotic drip is turned off again, and the patient is healthy, the resistant species rescind and the body’s communities return to their pre-treated state. And yet this is not what happens, at least not always. There are studies of human microbiota where removing the drug does not “reverse resistance”.

The purpose of our paper is to ask what mechanisms make drug resistance irreversible? Or, in other words, what can de-couple resistance progression from the application of the drug? And one answer to this, we claim in our paper, is, again, hysteresis.

To show this we developed a theory of the simplest microbial community we could think of, which is a community of just two species. We showed that the metabolic properties of the two species could interact with the antimicrobial drug so that a hysteresis loop could cause irreversible resistance.

To validate the model's predictions in a laboratory setup, we noticed that, if true, this idea would cause a phenomenon that is often called a “tipping point” in climate science. This is the idea that if you treat with drug for “just" too long, or else use “just" too much drug, then we should be able to see incongruously large differences between the treatments that do have reversible resistance and those that do not.

So theory predicts that some types of treatment will have replicate communities that diverge quite suddenly and quickly in composition, driven by small, noisy fluctuations in community dynamics. These should occur when a tipping point is passed, and, indeed, this reflects what we saw in the lab.

It turns out that these are quite hard concepts to work with empirically using microbial communities manipulated on agar plates. So while theory predicts all sorts of different treatments can have tipping points, we only saw the signatures of these in data for one particular type of treatment (coloured black in the data below). This turned out to be when the drug and sugar supplied to the community were both reduced gradually and tapered away, to nothing in the case of the antibiotic. This, too, says something about the nature of tipping points: they’re hard to spot before it’s too late.

The supplementary to our paper shows that the divergence of these daily lab community trajectories is consistent with diffusion theory in the two treatments we've coloured in red and blue, but not for the black treatment. The figure above shows this: the red and blue replicates always hover pretty close to each other and converge to some cloud of steady-states as time goes by (apart from 2 escaping red dots!). But not so for those black trajectories, they seem to do something quite different.

The following figure demonstrates this by fitting different mathematical models to the data on between-replicate variation (BRV); the models show the sharpest increase in variation of all happens on day 5 for the black data. We explain this in much more detail in the supplementary to the paper.

Our hope for the paper is to make readers think about selection for drug resistant species in multi-species communities and how that differs from the single-species context where theories tend to focus on selection for drug-resistance alleles in a wild-type background. After all, it is common to see published data on how resistant a microbe is to a drug where those data were extracted from a laboratory protocol using just one species - and yet this does not reflect how microbes live outside the lab where diverse communities tend to be the norm.

The problem of the random zoo

Past precipitation and human evolution: from ice core records to marine records 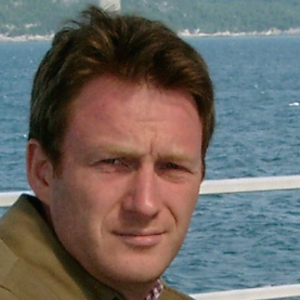