Where is the Chinese yellow cattle from?

The domestication of cattle and its migration in the ancient times, closely linked to prehistoric and historic human, are of great value to scientists and the society at large. However, the classification of world-wide cattle suffers in accuracy due to the lack of re-sequencing data of indigenous cattle from China, where cattle is the most important livestock since the beginning of recorded history. There are fifty-three indigenous cattle breeds with ~100 million animals in China, most of which are yellow. So, all of the Chinese cattle have long been collectively referred to as “yellow cattle”. In the Chinese proverb, "old yellow cattle" represent a common national personification of the diligent and modest Chinese farmers or workers, similar to the influence of the word “Uncle Sam” in the US. However, no one knows exactly where the yellow cattle is from.

Our original paper published in Nature Communications can be found here.

My co-author, Prof. Chuzhao Lei, collected representative local cattle breeds from all over China. One day, we discussed together whether we could clarify the source of Chinese cattle. There was a stereotyped hypothesis that Chinese cattle was simply from the hybridization of Eurasian taurine and Indian indicine. So at the beginning, the goal of our project design was simply to figure out the pedigree share of taurine cattle and indicine cattle for all kinds of Chinese local breeds. Based on our genome-wide analysis for 49 diverse modern breeds across the world, the cattle breeds composed five distinct ancestries as removing the hybrid populations. East Asian cattle mainly composed three of them, including one specific taurine (named as East Asian taurine) and one specific indicine (named as Chinese indicine).

The separated Tibetan cattle and Northeast Asian cattle together constitute the East Asian taurine. This makes us puzzled for a long time. Fortunately, I participated in the “International conference on the Shimao site: the first Neolithic urban center on China's north Loess Plateau”, held at Shenmu in August 2016. I heard the news that lots of domesticated animals, such as cattle, sheep and goats, were discovered, radiocarbon-dated to between 4,300 and 3,800 BP. Shenmu is my hometown. With great enthusiasm, I contacted Prof. Songmei Hu from Shaanxi Provincial Institute of Archaeology and obtained a batch of ancient cattle samples. We found that the samples belonged to East Asian taurine group. At this time, it turn to be clear that, the East Asian taurine group was introduced to North China at least ~3,900 BP, and it became widespread all over northern China, the Tibetan Plateau, Korea, Japan. Then, a recent introgression of Mongolian cattle extensively replaced East Asian taurine in northern China.

In the other hand, India has been regarded as the domestication center of the world-wide indicine. However, our study demonstrates that the genetic diversity of Chinese indicine is two-fold higher than that of Indian indicine. Inexplicably, the estimated divergence time between Chinese indicine and Indian indicine is around 40,000 years, which infer that Chinese indicine possess all the portion of a local wild auroch ancestry, except their mitochondrion DNA, a merely trace of the Indian immigrants. Actually, our collaborators and I have repeatedly discussed the possibility of an independent domestication in Southeast Asia or southern China for Chinese indicine. In the end, due to lack of archeological evidence, we have no choice but to give up this discussion. We will continue to explore the domestication stories that have disappeared into the jungle of South China and Southeast Asia.

Finally, it led to the fascinating finding, that where the yellow color is from. Chinese indicine acquired ~2.93% of their genomes from banteng (Bos javanicus), a wild cattle historically distributed in South China and Southeast Asia, with yellow-brown pigment. One introgressed region included the well-known coat colour gene ASIP, which has been implicated as a strong candidate gene that controls coat colour patterns in livestock and may partly explain the colour patterns of Chinese indicine cattle located in South China. And most of the cattle in North China have hybrid blood from Chinese indicine. 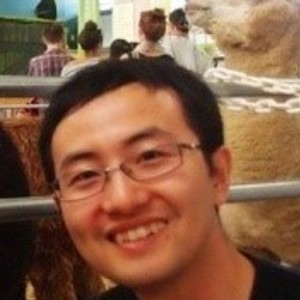 We analyzed the big agricultural omics data and identified some major genomic signatures associated with interactions between diet, the digestive system, and metabolism in ruminants, and the fundamentals in plant–herbivore adaptation. Our current major area of interest is focused on ruminant livestock and their foregut fermentation system, the rumen, which represents the world’s extraordinarily efficient stomach using microbial flora to ferment the feed. We try to reveal the genetic basis of the rumen and its microbial ecosystem, and finally develop a bionic machine of artificial rumen combined with milk reactor as facilitating the conversion of lignocellulose-rich plant materials, of low value in the human diet, to high value animal protein and lipid.
Follow