Don’t give up on local efforts for coral reefs

Surveys of 6 reefs in Florida, a questionnaire of 31 coral reef managers across the globe, and a manipulative field experiment throughout a coral bleaching event shows that a common local management action can increase coral resistance and recovery to warm temperatures and bleaching.

Coral reefs have often been called the “canary in the coal mine” for climate change. Extreme warm temperature events - made more frequent by a changing climate and leading to mass coral bleaching and morality - have devastated reefs across the globe. After massive coral losses like those in 1998 and 2010, coral reef managers and conservationists have focused on reducing chronic local threats to increase coral resilience to these killer bleaching events.

This is based on decades of ecological research on resilience – the notion that stressors can additively or synergistically, and reducing these local (and often chronic) stressors can increase resilience to global (but pulsed) climate stressors. However, recently there has been debate in the coral reef scientific community on whether we should be spending our time and resources on local management versus global actions to stop climate change. Several well publicized large-scale analyses have argued against local efforts and for focusing our conservation dollars on tackling climate change (1,2).

As a former employee of The Nature Conservancy’s Reef Resilience Program, having worked with managers across the globe on resilience trainings, I wasn’t sold on the notion that local management interventions have little to no impact on coral resilience to climate change.

While studying Florida’s coral reefs as a PhD candidate in Duke University’s Marine Science and Conservation Division, I became increasingly interested in a coral predator – the short coral snail Coralliophila abbreviata– because of its high abundances in this area and its effects on endangered staghorn corals being restored across the Caribbean. Delving deeper into this topic, I found that other coral predators (or “corallivores”) are common nuisances in many regions and that high densities of corallivores often cause chronic stress and effects on coral fitness.

This was the basis for one of the foundational questions of our study – if corallivore outbreaks are a local threat to reefs, do managers control their populations to reduce coral stress? My co-authors, Dr. Brian Silliman and Dr. Deron Burkepile, and I were fortunate to work with TNC’s Reef Resilience Program and access its network of thousands of reef resource managers (3) to survey 31 management agencies across the globe to answer this question. The short answer is yes – most managers are concerned about corallivores and most agencies control corallivore populations as a local threat-reduction strategy.

Armed with an example of a local approach conducted across the globe, we went back to Florida to answer a much broader question that has received little attention – can local threat-reduction actions increase coral resilience to climate change events? To answer this, we manipulated densities of these corallivorous snails on Caribbean brain corals (as our surveys indicated that brain corals were the most common targets of snails in this region) including full snail removals, and tracked corals across an extreme warm temperatures and mass coral bleaching event in 2014.

We were completely surprised with the results of our study. The simple act of removing corallivorous snails before and during warm temperatures increased both components of resilience – corals without snails had lower bleaching levels (resistance) and virtually no post-bleaching tissue mortality (recovery) compared with corals with naturally-high snail densities.

We seek to make two important points in our new paper. First, using coral predators as a model system, we show that a local action commonly used by managers can increase coral resilience to climate change. Second, while global action on climate change is absolutely essential for the future of coral reefs, local actions can also help protect these ecosystems.

Coral bleaching didn’t end in 2014 - extreme warm temperatures continued to ravage reef systems across the globe in both 2015 and 2016. These previous papers (1,2) are correct in demanding global action on climate change, because it is the greatest threat facing coral reefs and all other natural habitats. But while our political leaders work on the difficult task of reducing global carbon emissions, we need conservation dollars that also support local managers on the ground. We hope others see this as a call to action that more experimental research needs to be done to identify strategic ways that local approaches can protect reefs.

Feel free to contact us with any questions about our paper or future work! 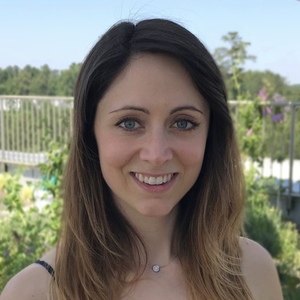 Elizabeth (Liz) Shaver is the Coral Restoration Lead for The Nature Conservancy's Reef Resilience Network Program. She recently completed her PhD in Marine Science and Conservation from Duke University where she was also a NSF Graduate Research Fellow. Liz's research focuses on using biological species interactions in the design of coral reef management and conservation actions. She has published on the topics of climate stress and bleaching, coral predators, multiple stressor effects, the coral microbiome, and the restoration of both coral reef and salt marsh habitats. In her current position, she focuses these skills on synthesizing scientific content into coral restoration training materials for reef managers and practitioners.
Follow