Why do most species have so few mating types, yet some have so many?

Our paper is published today in Nature Ecology and Evolution.

Early in my career I realised that it’s a great honour when the chair of a seminar on evolution introduces a Mathematical Biologist with the qualification “but they’re not one of those Mathematical Biologists” [translation: “they really take care with the biology too!”]. Hoping one day to receive such an endorsement myself, I decided to follow my Physics PhD with postdoc positions in Evolutionary Biology departments. The paper presented here resulted from one such post, which I am thankful that the Leverhulme Trust allowed me to squeeze in before taking up a research fellowship at the University of Bath.

Working with Hanna Kokko (the co-author on this paper) at the University of Zurich was incredibly fruitful, in particular because her group introduced me to a diverse range of cool evolutionary problems. The initial idea for this study came from a journal club looking at Zena Hadjivasiliou and Andrew Pomiankowski’s work on mating types. Mating types are self-incompatible gamete classes, and can be seen seen as ancestral analogues of the familiar sperm-egg system. A crucial difference however is that, unlike sperm and eggs which are physically very different (anisogamy), mating types are morphologically indistinguishable from one another (isogamy). This leads to a dramatic difference in the evolutionary prediction of how many gamete types we expect to see.

In anisogamous species there are typically two gamete types, sperm and eggs, and there is a strong body of theory to explain this. Conversely, while simple evolutionary modelling predicts that isogamous species should feature many thousands of gamete mating types, examples of such species are rare; while the funghi Schizophyllum commune has over a phenomenal 23,000 mating types, most isogamous species have just two. Although a number of theories have been proposed to explain this discrepancy, there is still no consensus.

Initially Hanna and I had planned on building on these existing theories for our own study of the issue. However I was surprised to find that there had as yet been no mathematical estimation of how many mating types might be expected under the null hypothesis that their number was simply the result of a balance between extinctions and mutations. There was good reason for this; although a finite population can obviously not maintain an infinite diversity of mating types, one might assume that selection for rare types is still sufficiently strong that their expected number would be very large. This intuition is underlined by early work by Sewall Wright on a mathematically similar system, self-incompatibility alleles in the plant Oenothera organensis; here he predicted 13 such alleles in a population of only 500 individuals. However there is a key biological factor in mating type dynamics that undermines this intuition: in isogamous species, facultative (rather than obligate) sex is the norm.

The significance of infrequent facultative sex is that it amplifies the strength of genetic drift relative to selection for rare mating types, leading to an increased extinction rate and hence a lower number of types. Having derived mathematical formulas for the expected number of types, I was able to calculate just how infrequent sex would need to be to explain the very low number of mating types observed across many species. The answer, put simply, is exceedingly infrequent. Although we initially assumed these thresholds were far too low to be biologically reasonable, on reviewing the empirical literature we were in fact surprised to find just how rare sex often is. (For Saccharomyces paradoxus estimates are as low as once in every 3,000 generations!)

Despite finding good qualitative empirical support for our model, we were restricted from making a more quantitative assessment by a lack of data on the rate of sex in most facultatively sexual isogamous species. In particular, even where estimates were available, they appeared hotly contested. It was therefore exciting to talk to Matthew Hartfield recently at a CNRS conference on reproductive systems in Roscoff, France. There he presented work (co-authored by Stephen Wright and Aneil Agrawal) on improving inferences on the rate of sex from genomic data. We hope that in the future such methods may be used to provide a more quantitative test of our model.

In our paper, Hanna and I have shown that the rate of facultative sex can explain much of the variation in mating type number across species. Of course that is not to say that this is the end of the story; our model is very much a null model that ignores species-specific ecological and life-history details that can modify the number of mating types still further. We look forward to building on this theory to create a set of predictions that take these species’ peculiarities, as well as facultative sex, into account. 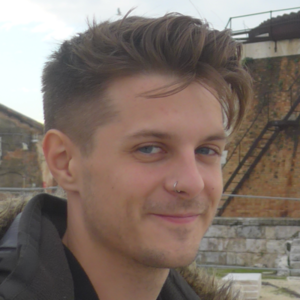