Hurricane-induced selection on the morphology of an island lizard

Can hurricanes be agents of natural selection? We finished a survey of the Turks and Caicos anole just before the populations were battered by Hurricanes Irma and Maria. When we revisited the islands six weeks later, we found that lizards with larger toepads, longer arms, and shorter legs had survived the storms.

Serendipity in science is often celebrated as the lightning flash of insight from a chance event – Newton’s apple encounter or Fleming’s moldy petri dishes. Our recent paper, Hurricane-induced selection on the morphology of an island lizard, resulted from a more prosaic type of serendipity: we were in the right place, at the right time. By comparing measurements of lizard populations on two small islands, sampled at two points of time spanning six weeks and two record-breaking hurricanes, we found evidence of shifts in morphological traits that may have given these lizards a survival advantage during the storms. Extreme climate events are becoming more frequent and severe (1, 2) and we think our study is one of the first of many investigating how hurricanes may redirect the evolution of populations in their path.

Turks and Caicos is a world-renowned destination for tropical beach vacations. One visitor that has overstayed its welcome, however, is the invasive Black Rat (Rattus rattus). These rats not only detract from the relaxing resort vibe, but they’re also posing a critical threat to a highly endangered endemic iguana, Cyclura carinata.

To save the iguana, the Pine Cay Homeowners Association (PCHA) initiated a massive eradication effort in 2017 on two islands in the archipelago: Pine Cay and Water Cay. Our team from Harvard University and the Paris Museum of Natural History was invited to study the effects of the eradication on another of the islands’ endemic lizard species: Anolis scriptus, the Turks and Caicos anole. We’re currently monitoring other rat eradication efforts in the area and this was a perfect opportunity to add a new species to the study.

After a week collecting valuable baseline natural history data on this relatively understudied anole, we left Turks and Caicos just as Hurricane Irma was bearing down on the Caribbean. The storm track still had a lot of wiggle room – our taxi driver was confident that it would turn north and miss the islands entirely – but the airport was abuzz with people heading elsewhere.

After the destruction wrought by the hurricanes became clear, we realized that we had a unique opportunity to assess what effects, if any, the hurricanes may have had on the anoles we’d been working with just a few weeks earlier. Thanks to the generosity of the PCHA and the quick work of contacts at the Turks and Caicos Department of Environment and Coastal Resources, six weeks after our initial survey Anthony Herrel and I were boarding planes again to revisit the islands and determine whether the hurricanes could have been agents of natural selection on these lizard populations.

Recent research has shown that extreme climate events can redirect the evolutionary trajectory of animal populations (3). Most of these studies have focused on relatively long-term droughts, heat waves, or cold spells. It was unclear, however, whether short-term disturbances like hurricanes could have a similar evolutionary effect. We thought it was entirely possible that these category five hurricanes were so indiscriminately destructive that lizard survival was random with regard to lizard phenotype (physical features), leaving lizard populations decimated, not directed.

As we headed back to the field, we did have some predictions about what might make a lizard better equipped to survive the hurricanes. Anoles have specialized toepads that give them a strong grip on surfaces. Larger toepads grip more strongly (4) and so we predicted the population of survivors might have larger toepads than those we measured before the hurricanes. We also hypothesized that surviving lizards would have longer forelimbs and hind limbs, as these have been shown to help lizards hold themselves tight to branches (5).

Anoles have scales on their toepads called lamellae that enable them to firmly grip on surfaces. Photo: C. Donihue

We measured the gripping strength of lizards with this apparatus and found that lizards with larger toepads indeed were able to grip more strongly. Photo: C. Donihue.

Accordingly, we measured the toepads of our sample of the surviving lizard populations and, relative to the lizards we’d seen a month and a half prior, the population average was significantly larger. Also in line with predictions, we found that the average forelimb length of the survivors was longer than it had been for the population as a whole before the storms. The change in toepads and forelimbs suggests that natural selection operated, and in just the way we had predicted: conferring a survival advantage to those lizards with physical traits that would help them cling tight during the storms. What’s more, the change in these traits was in the same direction for the lizard populations on both of the islands we sampled, suggesting that this remarkable pattern wasn’t just a fluke, hurricanes can consistently induce natural selection on populations in their path.

That said, when we measured the hind limbs we found a bit of a mysterious, counter-intuitive result: the hind legs, specifically the thigh lengths, were, on average, shorter among the surviving lizard populations on both islands. We think we might have an answer for this mystery though thanks to the help of a big red leaf blower.

As we were planning our return to Turks and Caicos, we realized we had a lot of questions about the behavior of lizards in hurricane-force winds. No one, of course, was out filming the lizards as Hurricanes Irma and Maria barreled through, so we had no idea whether the lizards would cling tightly to branches (supporting our prediction that morphology could relate to survival) or would skedaddle into tree roots and wait out the storm (hoping not to get swamped by storm surge of course).

We devised a decidedly straightforward although rudimentary approach to further investigate what lizards would do when faced with hurricane-force winds: we bought the most powerful electric leaf blower we could find, packed it in our luggage, and, once on the island, used it to videotape lizards as they clung to an experimental perch.

We found that the lizards almost always pivoted around the perch to stay in the lee of the wind instead of jumping down (which comes with the risk of being blown away in the process). They then clung tight to the perch until the wind became so strong that they were blown off the dowel, straight into a net that caught them without harm.

Unexpectedly, while watching the videos we found a potential explanation for the lizards’ shorter thighs too: it turns out that many of the lizards blown off the perch first lost grip with their hind legs. We noticed that the lizards’ forelimbs grasped the perch with their “elbows” tightly tucked next to their body–a streamlined position–whereas the hind limbs were forced to jut out from the perch, thus catching the wind like a sail. This could explain the potential advantage of long forelimbs but short hind limbs.

We’ll need to get lizards into a wind tunnel and more rigorously test different perch diameters, angles, and positions to fully understand all the effects morphology has on survival in high winds. For now, our results show a clear shift in the morphology of these populations and that the shift has a potential adaptive basis in high winds, suggesting that hurricanes can be agents of natural selection.

Due to the serendipitous nature of the study, we don’t have data to rule out alternative explanations for the shifts we see in the limb traits of these lizards. We’d need to have permanently marked a whole population of individuals so we could revisit and identify the survivors to be more definitive in our conclusions. It’s conceivable (though highly improbable) that big-toepadded, short-legged lizards were blown in from a different island we didn’t sample. Perhaps it wasn’t the hurricane-force winds so much as the post-hurricane aftermath that drove these shifts? While natural selection for strong-gripping lizards seems to best fit the data at hand, we hope our serendipitous study will lay the groundwork for future experiments to further explore the evolutionary effects of hurricanes. 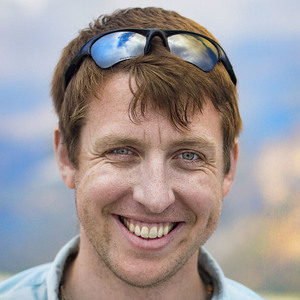 Yale Forestry and Environmental Studies PhD. NSF Postdoc at Harvard. Works on experimental evolution in lizards. Trying to understand how humans change landscapes, how species rapidly adapt, and what the cascading consequences are for ecological communities.
Follow