Evolution of a fragmentation paper - a tale of two stories

I met my then-future wife Birgit in a monkey cage. Or more precisely, in the small observation chamber adjacent to an unused primate cage at the Justus Liebig University in Giessen, which had been designated as our graduate student office. Soon after, she took a PhD-position in Göttingen within a pollinator EU-project and I started my own PhD on an environmental scholarship in Giessen, the beginning of the typical academic weekend relationship. Being aspiring biologists, weekends in Göttingen consisted mainly of romantic insect netting in the calcareous grasslands of the surrounding highlands and cozy nights of insect pinning in the lab. As Birgit focused on wild bees in fragmented high nature value habitats and I on hoverflies in the agricultural matrix, the work was rather mutually synergetic and we got a pretty solid understanding of pollinator community structures in response to landscape context.

When I started giving a functional ecology class touching on species interactions, I used her yet unpublished data from trap nests to familiarize with network analyses and see how interaction patterns respond to community structure changes following habitat fragmentation. It took me embarrassingly long to fully grasp that these antagonistic host-parasitoid networks were derived from the same study sites on which we had simultaneously assessed the mutualistic plant-pollinator networks.

Around the same time, the Farwig lab at the University of Marburg was interested in working with flowering fields, which we had been monitoring. This is how I met Ingo Grass, who was by then finishing his PhD studies with a primary interest in plant-pollinator interaction networks and how their structure was influenced by landscape context. When he took a Postdoc position at the University of Göttingen pieces fell into place. I remembered the now readily available interaction data from the Göttingen calcareous grasslands and asked Ingo whether he would be interested in how mutualistic and antagonistic networks respond to the fragmentation of one of the most biodiversity-rich habitats in Europe. Amazingly, this was almost 14 years after we had finished our field work.

When discussing this exciting dataset, we initially thought about analysing "stacked" host-parasitoid and plant-pollinator networks as tripartite networks (when pollinator species are also hosts to parasitoids). However, unfortunately (or fortunately?) the species overlap between pollinators and hosts was rather limited, so we quickly abandoned the idea and instead focused on direct comparisons of changes in network structure of the two interaction types with habitat fragmentation. At first, the complexity of the dataset was overwhelming: What is a suitable common framework for the two rather different interaction types? Which of the (ever increasing) myriad of network metrics best captures similarities and differences between mutualistic and antagonistic relationships in response to a changing landscape context? And how to fit not only habitat fragmentation in terms of decreasing fragment size but also information on habitat availability at landscape scales of up to 3 km surrounding each grassland into a reasonable model? Frank, Birgit and I fortunately received valuable input early on from Ingolf Steffan-Dewenter and Teja Tscharntke, who had initiated the biodiversity research on the calcareous grasslands some 20 years ago.

Left: Calcareous grasslands can be highly biodiverse. This becomes particularly evident when the grasslands are in full flower - this picture was taken in July during peak flowering. Right: Calcareous grassland fragment close to Göttingen, central Germany. On average, the calcareous grasslands in our study region declined by 50% in area since the 1960s. Declines are often driven either by agricultural intensification or abandonment - the latter due to the fact that these grasslands need constant, yet extensive, management by grazing or mowing to avoid succession of woody species, which, however, has become economically unattractive in many places.

In the end, I think, we captured the functional consequences of habitat fragmentation for species interactions in calcareous grasslands pretty well. This was in no small part also due to the very helpful comments from our reviewers - one of whom for instance suggested differentiating more strongly between past effects of habitat fragmentation (the calcareous grasslands had decreased on average by 50% in area since the 1960s) and the potential future effects still to come. Sadly, these future effects have arrived earlier than we anticipated. When I recently re-visited the grasslands that Birgit and Frank worked on 14 years ago, some were barely recognizable as such today - abandonment and lack of funding for conservation management has led to succession of woody species, and agricultural expansion has further diminished the fragments in many places. On the other hand, there is renewed interest in their biodiversity, and enthusiastic students are right now insect netting in the field and insect pinning in the lab. I wonder if the monkey cage and the graduate office next to it are still around. 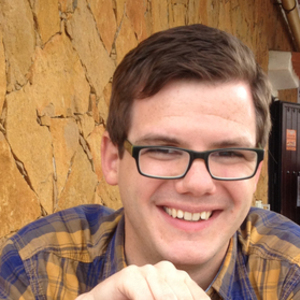 I am interested in agroecology, species interactions and ecosystem services in tropical and temperate agricultural landscapes.
Follow