Ecological synthesizing, and the multiple drivers of stability

Diversity has been shown to lower variability of ecosystem functioning over time in theoretical and empirical studies. However, the true complexity of biodiversity in such studies is often overlooked. We were interested in quantifying the importance of different aspects of biodiversity, such as evolutionary history and trait diversity, in driving the variability of grassland productivity.

At first glance, ecological synthesis sounds like it should be faster and easier than field-based ecology. You meet up with a group of friends and colleagues to draw up a few hypotheses while being fed coffee & cookies, download the data, run a few statistical tests, and – in a blink of an eye – the paper is written. You don’t have to sweat (or freeze) during a biomass harvest, weigh thousands of leaves, or enter reams of data. But synthesis can also be messy, repetitive, and time intensive; it takes months to get the right data and wrangle it into a database that can be used to address a question from multiple angles. Synthesis workshops are also mentally and physically exhausting; discussing science and analyzing data for eight hours a day leaves you drained, despite one’s best efforts to remain fully caffeinated (Image 1).


During the sDiv workshop series that resulted in our recent paper (Craven et al. 2018), we tried to make sure that we took some time away from whiteboards and laptops to walk to the botanical garden, play indoor football, and discover local cuisine. While this meant less productivity in the short term, this time away from the whiteboards paid off later in improved communication, creativity, and camaraderie within our working group (note all the smiles; Image 2).

The idea for our project emerged from the findings of our first working group paper (Isbell et al. 2015), where we examined the role of species richness in buffering resistance to or recovery from extreme climatic events. After that study, we were left asking ourselves what properties – beyond species richness – of grassland communities increased (or decreased) stability, resistance, or resilience. Drawing upon recent advances in plant functional ecology and community phylogenetics, we wondered whether more stable communities were those dominated by a particular plant ecological strategy (e.g. ‘fast’ or ‘slow’ species) or those with a diversity of plant ecological strategies and evolutionary histories (Image 3).

Image 3. We made extensive use of whiteboards to conceive and refine our working hypotheses (cf. Figures 3 and S1). Photo: Dylan Craven

Despite our clear conceptual framework, which was firmly based on ecological theory and empirical evidence and elegantly refined over the course of two workshops, our results still gave us quite a surprise. We had hypothesized that diversity of ‘fast-slow’ traits would have direct and indirect effects on stability, as communities with a greater diversity of plant ecological strategies would be able to both tolerate stressful environmental conditions, e.g. droughts or floods (resistance), and also recover more quickly following disturbances (resilience). However, we found that communities dominated by ‘slow’ traits were usually more stable and that the diversity of ‘fast-slow’ traits did not influence stability, either directly or indirectly, across the 39 experimental grasslands in our study. Moreover, we found strong, and largely positive effects of species richness and phylogenetic diversity, which suggests that other, unmeasured facets of biodiversity (e.g. traits unrelated to the ‘fast-slow’ leaf economics spectrum such as the vulnerability to herbivore attacks or pathogen outbreaks are more important in stabilizing grassland productivity.

We would like to thank Marten Winter and the sDiv crew for creating a comfortable, distraction-free environment that made our workshops enjoyable. We are also very grateful to everybody that collected the field data that made our work possible.

Survive and evolve, dynamics of cooperative RNA replicators in a compartment 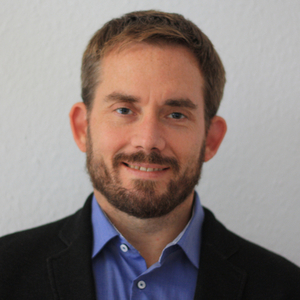