While we know a lot about the lifestyle of extant parasites, evidence for fossil parasitism is extremely rare. By scanning more than 1500 mineralized fly pupae from the Paleogene, an interdisciplinary team of scientists discovered four species of parasitoid wasps inside their hosts, providing information on their morphology, ecology and systematic placement.

Our paper published in Nature Communications can be found here.

At the end of the 19th century, three-dimensionally preserved mineralized arthropods from the Paleogene were discovered during phosphate mining in the Quercy region of South-Central France. It took around 50 years until, in 1944, the Swiss Entomologist Eduard Handschin published a detailed study of those fossils. But despite their unusual preservation, the Quercy arthropods still received little attention from the scientific community. The study of three-dimensionally preserved fossil arthropods remained largely restricted to amber inclusions, which are more attractive to the naked eye.

The origin of our project dates back to November 2012, when I attended an entomology conference in Düsseldorf, Germany. Paleontologist Heiko Schmied approached me during lunch break at a kebab shop and told me that his group at the University of Bonn got their hands on some fascinating fossil insects, which they would like to examine at a synchrotron. Being an entomologist, I was immediately intrigued and the “kebab shop conversation” marked the beginning of an exciting collaboration.

During a first experiment, we re-examined hister beetles from Handschin’s original study using synchrotron X-ray microtomography. We discovered well-preserved anatomy concealed inside the stone matrix and demonstrated that mineralized fossils may provide a rich source of anatomical data (see the article in eLife). These results triggered us to continue studying this fossil type.

Aside from the beetles, Handschin described several other arthropod remains in his 1944 paper, most of them fly pupae. He created thin sections of some pupae and reported a parasitoid wasp inside one of them. A parasitoid is a parasite that develops on or in a host and ultimately causes its death. The putative wasp, however, was barely traceable and lacked any diagnostic characters. In 2016, paleontologist Achim Schwermann, then working at the University of Bonn, sent me 29 of these pupae for scanning. I remember when I was sitting at the imaging beamline of the KIT light source, carefully observing X-ray projections during acquisition. I admit I was already a little bit bored after nine scans revealed nothing but stone.

A parasitoid! As Handschin deduced more than 70 years ago from a faint silhouette, which just as well could be merely an artifact. The wasp literally stared at me from the screen.  I was thrilled and immediately called Achim, who was just as excited.

The discovery was exceptional: approximately 10 to 20% of all extant insect species are parasitoid wasps, but apart from the hint given by Handschin, their fossil record is almost exclusively restricted to isolated adults without any reference to their hosts. And the few examples of parasitoid larvae attached to other arthropods provide little to no information about the wasp species.

Lars Krogmann, curator for Hymenoptera at the State Museum of Natural History Stuttgart, identified the parasitoid as a member of the family Dipriidae. Achim, Lars and I agreed that we should try scanning all available fly pupae from the locality as soon as possible. Handschin wrote in his study that the pupae are deposited at the Natural History Museum of Basel. And indeed the curator, Walter Etter, offered his help and located the old collections. Additionally, similar samples were found at the Swedisch Museum of Natural History with the help of Thomas Mörs. The number of fly pupae thus increased to an incredible 1510.

We identified 55 parasitation events by diapriid wasps, which were mostly represented by adult specimens. About half of the wasps were evidently hatched and showed unfolded wings, indicating the need for a synchronized emergence. Our results not only allowed the description of four new species, but – because of the large amount of samples – facilitated their morphological and ecological characterization. The most numerous species we named “Xenomorphia resurrecta”. The genus name refers to the Xenomorph creature of the “Alien” media franchise, which was discovered in old eggs and also develops as a parasitoid (at the expense of an unfortunate human host, though). The species epithet points out the “resurrection” of the species by digital imaging.

For me personally, the study has been a perfect example of how large-scale projects benefit from an interdisciplinary team. We employed a sophisticated experimental setup, built and run by physicists and computer scientists, algorithms for image analysis developed and optimized by mathematicians and relied on the expertise of paleontologists and entomologists for the interpretation of our results. Seeing the scientists of the different disciplines working together closely and inspiring each other over the duration of the project has been an amazing experience.

Furthermore, our study demonstrates that old scientific collections deserve a second look. State-of-the-art imaging techniques like X-ray microtomography facilitate completely new insights into fossils and other specimens and enable us to appreciate their true value.

Now is the time to uncover the hidden treasures. 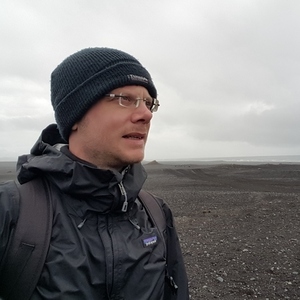 I’m an entomologist working at a KIT’s synchrotron light source, project leader of the research area “Life Sciences” and head of the associated BioLab. Focus of my research is insect functional morphology and evolutionary biology, covering both extant and fossil specimens. I also contribute to the development of X-ray imaging techniques to study insects and other arthropods.
Follow