Ancient encounters: How we came across the daughter of a Neandertal and a Denisovan

It all started with a piece of bone, so small that it was impossible to tell that it was human. One of thousands of bones excavated every year at Denisova Cave, a Siberian site made famous by the discovery of the Denisovans, a group of ancient hominins distantly related to Neandertals. Samantha Brown was going through hundreds of these bones and characterizing their collagen content – until she finally identified one as a hominin. I then extracted DNA from that bone and found that its mitochondrial genome fell within the Neandertal variation. When we wrote this up in 2016, Svante Pääbo, my PhD supervisor, stressed that we needed to be precise in phrasing the results. We could only say that the mtDNA was Neandertal-like, but that did not necessarily mean that this individual, named “Denisova 11” (or “Denny” to her friends), was a Neandertal. How right he would turn out to be.

To get the full picture of someone’s ancestry, one has to look at their nuclear genome. Specifically, we investigated whether Denny’s DNA had more Neandertal-like or more Denisovan-like genetic variants. Turns out that she had both, in almost equal proportions. I remember that when I first showed this result in a group meeting, the word “hybrid” came up, almost as a joke. To make sure this wasn’t an error, the experiment needed to be repeated. So I sampled the bone again and repeated the analysis, several times, and consistently got the same result. Convinced that the signal was real, we then asked ourselves how come she had both Neandertal and Denisovan ancestry. Several people in the group got so curious that they looked at the data and everyone arrived at the same conclusion – Denny had mixed ancestry because her mother was a Neandertal and her father, a Denisovan.

The great thing about analyzing a genome with mixed ancestry is that one can learn from it about two populations. Fabrizio Mafessoni came up with a method to disentangle the Neandertal part from the Denisovan part in Denny’s genome, and compared each to previously sequenced Neandertal and Denisovan genomes. The expectation was that Denny’s mom would be closely related to another Neandertal from Denisova Cave. But instead, she had a higher genetic affinity to a Neandertal that lived much later in Croatia. That’s when we started drawing timelines and arrows on a map, until it became clear that at least at one point in their history, Neandertals were migrating over thousands of kilometers between eastern and western Eurasia.

The last surprise came when Benjamin Vernot took a closer look at how the Neandertal and the Denisovan genetic variants were distributed across the genome, and noted that there were tiny regions where Denny only had Neandertal ancestry, indicating that her father had at least one very distant Neandertal ancestor. Denny’s genome therefore revealed multiple instances of interactions between Neandertals and Denisovans. That these two groups remained genetically distinct despite occasionally mixing implies that they probably did not meet very often. But when they did meet –- they clearly interacted. Whether or not these interactions were only limited to making babies together is up for speculation. 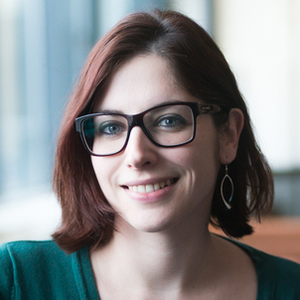 Alejandro Correa Rueda
over 3 years ago