Last month I published a paper that may become the most influential of my career, not that it is likely to be well-cited. Instead, it changed the career trajectory of two undergraduates and allowed me to share my research with thousands of people across the globe. Oddly enough, it started before I was born, when a rock band recorded a song about noise pollution.

My lab studies how global change affects ecological communities. Most of our work relates to climate change, but we are interested in many aspects of environmental change including light pollution and mass mortality events. However, noise pollution wasn’t something I had considered studying. That changed one day driving home from work when AC/DC came on the radio and I started singing along: “Rock ‘n’ roll ain’t noise pollution, rock ‘n’ roll will never die!”.  I suddenly realized that this was more than a classic rock anthem—"Rock ‘n’ roll ain’t noise pollution” is a null hypothesis! I also realized that the lure of studying rock music may be a way to recruit and involve more undergraduates with my new lab.

By the time I got home I had worked out an experimental design to test the AC/DC hypothesis using lady beetles (i.e., ladybugs or ladybirds) and soybean aphids. Soybean is one of the most important crops in the USA and is commonly attacked by soybean aphids.  Lady beetles eat aphids, thus these predators provide an invaluable ecosystem service by reducing pest abundances and decreasing the need for chemical pesticides. My previous work had shown that lady beetles are sensitive to warming, light pollution, and changing wind speeds. Could noise pollution affect them too?

Noise pollution is an understudied aspect of global change. Although typically associated with urban areas, human-caused noises are reaching some of the most remote wilderness areas. While some work has been conducted on the direct effects of noise pollution on vertebrates, almost nothing is known about the effects on insects. Further, little work has been conducted on indirect effects. In other words, if noise pollution affects one species, is there a domino effect that crashes through the ecosystem with unknown effects on other species?

I advertised that I needed students to help me study rock music, and was quickly contacted by two young women seeking research experience to bolster their medical and veterinary school applications. We met and I said to them, “Isn’t it cool that we will study AC/DC?” to which they replied, “Who’s that?”  Well, hells bells! What’s wrong with these kids? Despite their questionable tastes in music, Mariah and Anna were smart and dependable, so we got to work.

We tested the AC/DC hypothesis by placing lady beetles into petri dishes with aphids to see if they ate less when exposed to sound treatments. We first tested AC/DC themselves by playing the Back in Black album at full blast through a set of computer speakers, and found that the music made lady beetles eat fewer aphids. We found the same effect when using a mix of rock bands (e.g., Guns ‘n’ Roses, Lynyrd Skynyrd, etc), thus rejecting the AC/DC hypothesis and concluding that rock ‘n’ roll is noise pollution (at least to lady beetles).

Demonstrating that noise can reduce predation rates was interesting, but we also wanted to test for indirect effects on aphids and plants. To do this, we played the Back in Black album nonstop for two weeks and then counted aphids and weighed plants. As predicted, we found that lady beetles exposed to AC/DC did a poor job at controlling herbivore populations, which were 40x more abundant in sound treatments than controls. Consequently, plant biomass was reduced in sound treatments: AC/DC had indirectly affected plants by disrupting biological control of aphids by lady beetles.

Our work was silly and fun, but that was the point.  If we had conducted these experiments using only noises from trains and jackhammers the general public would have little interest in our work.  However, AC/DC grabbed people’s attention and allowed us to reach an international audience through newspapers, radio, podcasts, online news, and social media. In each case (after a few giggles about rock ‘n’ roll) I was able to explain the broader impacts of the research: it’s not just AC/DC and it’s not just music, but noise pollution, climate warming, deforestation, and other aspects of global change are setting off chain reactions of indirect effects and reshaping ecological systems. For many people, like those listening to Mississippi talk radio or Australian ag news, it may have been the first time they heard those messages.

Finally, what about Mariah and Anna, the two undergrads that planned to go to med and vet school?  They came to their senses, enrolling in ecology graduate programs. Both will graduate this year. But, most importantly, they’ll never say “who is AC/DC?” again! 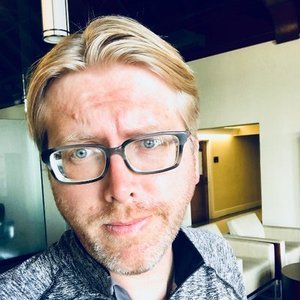