Paleontologists have discovered fossilized eggs and embryos of dinosaurs, pterosaurs, and other reptiles; amphibians and fishes; and cephalopod and gastropod molluscs. In a handful of cases—all from the Cenozoic—a mammal mom carrying a fetus has made her way into the fossil record. But absent from the record are embryonic remains from the mammalian stem lineage. The earliest stem mammals diverged from reptiles in the Carboniferous, and offshoots of the mammalian stem survived until the extinction of tritylodontid cynodonts in the Cretaceous—a span of some 200 million years.

During this time, the ancestors of mammals underwent several dramatic increases in brain size and gradually assembled a mammalian body plan, physiology, and way of life. Some of the most important transitions were related to reproduction and early development. In the common ancestor of mammals and reptiles, there was low maternal investment in a large number of relatively well-developed offspring, few of which would have survived to adulthood. This ancestral way of reproducing is still common in living reptiles. Modern mammals, by contrast, have high maternal investment in a small number of offspring that are poorly developed at birth and require food, warmth, and protection from adults. Without fossil eggs or embryos from the time during which mammal ancestors were acquiring these characteristics, researchers have lacked concrete data on the evolutionary origins of a reduced number of offspring and other aspects of the mammalian reproductive strategy.

Our paper contributes a first data point: a tritylodontid stem mammal, Kayentatherium wellesi, found with a large clutch of perinatal (near-birth) young. The specimen was discovered in Arizona on an expedition led by University of Texas professor Tim Rowe, who was my master’s advisor and is my coauthor on the paper. Tim and the field crew thought they were collecting an adult tritylodontid; it was only later that they realized dozens of tiny babies, buried in the sediment surrounding the bones of the adult, had been along for the ride.

Volumetric rendering of a CT scan of the original field jacket showing the positions of selected perinatal remains (stars) with respect to the maternal bones that were still in the jacket at the time of the scan. Abbreviation: ph, phalanges.

It was not only a lucky find, but a case of exceptional preservation. By rights, the babies should never have been preserved. Their bones are so thin and delicate that while we were studying them, the exposed elements had to be repeatedly stabilized with glue to prevent them from eroding completely away.

Photomicrograph of a piece of sediment containing a perinatal jaw that is exposed on the surface. Scale bar is in mm. Photo credit: Timothy Rowe.

CT scans of the sediment surrounding the ribs, vertebrae, and limbs of the adult—presumably the babies’ mother—revealed dozens of well-developed offspring represented by whole skulls, jaws, teeth, and partial skeletons. We think that the mother and young died at the same time and were buried together, with the young protected in leathery eggs or held on the mother’s body. (Although most modern mammals are viviparous, stem mammals would have laid eggs, as the most primitive living mammals—monotremes—still do.)

Volumetric rendering of a CT scan of a piece of sediment containing maternal wrist and hand bones along with remains of the babies.

Volumetric rendering of a CT scan of a nearly complete skull of one of the babies.

Volumetric rendering of a CT scan of a partial hand and wrist of one of the babies, in original position (a) and in dorsal view (b). Abbreviations: mc1, first metacarpal; mc5, fifth metacarpal.

In hundreds of hours studying the CT scans, I made two major discoveries. First, our specimen demonstrates that when Kayentatherium diverged from the mammal line, mammalian ancestors—which still had small brains—had a primitive form of skull development that is still present in living reptiles. Second, Kayentatherium produced a very large clutch, similar to the clutches of some species of lizards and crocodiles. I counted 38 offspring—more than twice the average litter size of any living mammal.

a, Graph of average (mean or midpoint) clutch or litter size in 687 species of reptiles and mammals, with minimum size of Kayentatherium clutch indicated. b, Log–log plot of total clutch or litter mass versus adult mass. Data, sources, and explanation of body-mass estimation for Kayentatherium can be found in the paper's Supplementary Information. Crocodylia = crocodiles and relatives. Lepidosauria = lizards, snakes, and tuatara. Marsupialia = marsupial mammals. Placentalia = placental mammals.

Mammals are famously distinguished by the way they reproduce and raise their young; they also have famously large brains. It is tantalizing to discover that primitive skull development was combined in Kayentatherium with a primitive number of offspring. Taking into account the brain’s considerable energetic and developmental demands, I can’t help but hypothesize that brain enlargement later in mammalian evolution drove changes in reproductive strategy, including the reduction of the clutch. Next step: we have to find more fossils. 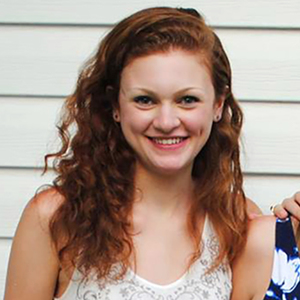